Sometimes when you are pipe hunting there is one that just grabs you. That was the case with this interestingly shaped GBD. Neither Jeff nor I had seen a GBD 753 shape before and never one with this style stem. The stamping on the bowl and the logo on the stem all seem to point to a later date for this one but the St. Claude stamp bring questions to that assumption. It is a bit of a mystery and was just one of those that spoke to us. We picked it up from an auction early in 2020 in Noberly, Maryland, USA. The pipe was stamped on the top of the shank and read GBD in an oval [over] Coronet. On the underside it read St. Claude [over] the shape number 753. The pipe itself was in filthy condition. The bowl was thickly caked and there was a thick lava overflow on the beveled rim top. The briar was very dirty with grit and grime ground into the surface. The stem was dirty and oxidized with calcification on the stem end. There were light tooth marks and chatter on both sides. There was a faintly stamped GBD logo in a rectangle that was very worn. Jeff took photos of the pipe before he did his clean up on it.

He took some photos of the bowl and rim top to show their condition. The cake is thick and there is debris on the walls of the bowl. The rim top has a thick coat of lava and between that and the cake it is hard to know the condition of the rim edges. Clean up will reveal the condition. The stem looks pretty good with light tooth marks on both sides. The oxidation and calcification is present and clear. The logo stamp on the top of the stem is worn and light. It may not survive clean up.

Jeff took photos of the sides of the bowl and the heel to give as sense of the shape and condition of the briar. It is a beautifully shaped pipe with some nice grain. 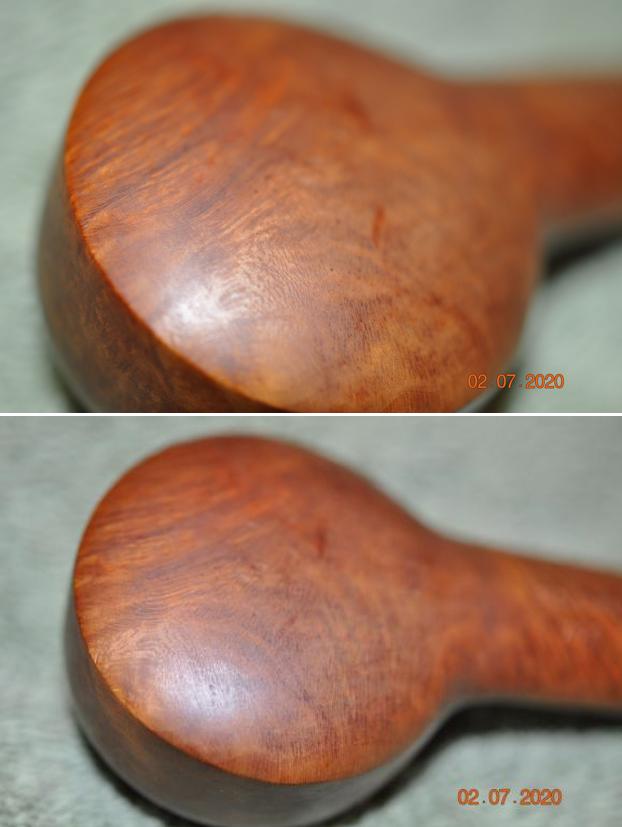 He took photos of the stamping on the top and underside of the shank. The stamping is clear and readable as noted above. He also captured the logo on the stem top. You can see how faintly it is stamped and how it is fading. 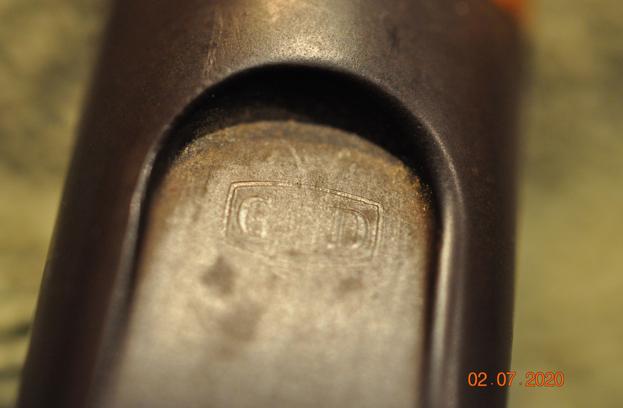 The line as new to me though I have worked on a lot of GBD pipes over the years. I turned to Pipephil’s site (http://pipephil.eu/logos/en/logo-gbd.html) to see what I could find. Sadly there was not any information on the Coronet line from France.

I turned then to Pipedia to first check the section on the history of the brand and see what I could find there (https://pipedia.org/wiki/GBD). I found some interesting information that helped to date the pipe to the time period between 1952-1981. I quote as follows from the section.

The Paris factory moved to Saint-Claude in 1952. Since 1981 the majority of GBD pipes come from the English factory. At about that same time GBD merged with Comoys, since then all production for both GBD and Comoy comes from a single factory.

The premium lines of GBD offered very good values, and are considered amongst the most affordable high end pipe of the 1960’s and earlier and a rival in quality, design, and price to Dunhill. Smokers’ Haven was the main retail supplier for GBD’s in the US until the early 1980’s.

GBD produced consistently well made pipes, almost entirely of Algerian or Grecian briar. In the late 1960’s to late 1970’s, they introduced the “Collector” and “Unique” lines, made primarily by Horry Jamieson, who had carved for Barling for many years, and was skilled in freehand design. Older GBD pieces are excellent smokers and unique in design. They did an excellent executions of classic pipe shapes, as well as some beautiful freehands in the “Unique” line.

I then followed the links to the list of models and information that was on each of the models/ lines of the brand (https://pipedia.org/wiki/GBD_Model_Information). I found the listing for the Coronet there. The quote further defined the time line of the pipe. It appears that it was made between 1951 and 1976 when it appeared in a catalogue. I quote as follows below:

I followed the links to another section of the brand that listed the shape numbers for me and I was able to find the shape I was looking for (https://pipedia.org/wiki/GBD_Shapes/Numbers). I quote the section below.

From all of that information I had learned that the pipe was a French Made GBD Coronet made in St. Claude France between 1951-1976. It was made with a matte finish and a recessed platform style stem. I also learned that it was an AUTHOR shape with a 1/8th bend to the stem. Now it was time to work on the pipe.

I have to say I was really looking forward to seeing what Jeff had done to this French Made St. Claude GBD Coronet pipe when I took it out of the box. It had shown such beauty through the grime so I was quite sure it would be stunning. He reamed the bowl with a PipNet pipe reamer and cleaned the remnants of cake back with a Savinelli Fitsall Pipe Knife.  He scrubbed the bowl with Murphy’s Oil Soap and a tooth brush to remove the grime and oils. He cleaned the internals of the shank and stem with pipe cleaners, cotton swabs and alcohol to remove all of the tars and oils there. He scrubbed the exterior of the stem with Soft Scrub and then soaked it in a bath of Briarville’s Pipe Stem Deoxidizer. He rinsed off the deoxidizer with warm water and wiped the bowl and stem down with a light coat of olive oil to rehydrate both. The pipe really was quite stunning. You can see the nicks on the heel of the bowl but they do not lessen the beauty of the pipe. 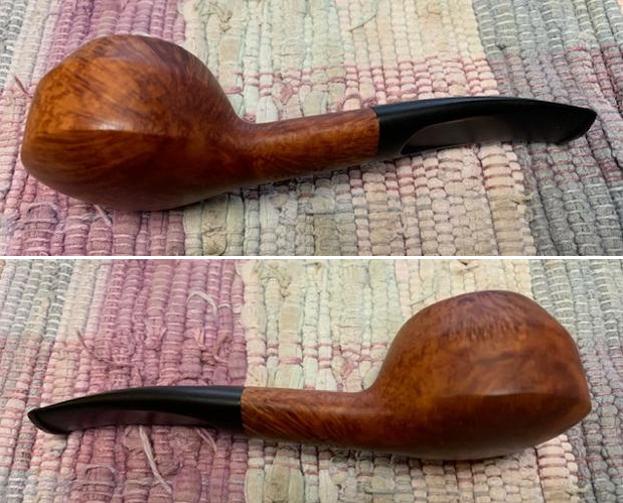 I took close up photos of the stem and the rim top to show both how clean they were and what needed to be addresses with both. The rim top had some darkening around the outer edge at the front that would need to be addressed. The stem looked better but the light tooth marks and chatter were still present. I would need to remove those to bring the stem back.

I took photos of the cleaned up stamping on the top and underside of the shank. It is very clear and readable.

I removed the stem from the shank and took photos to show the overall look of this beautiful pipe.

I decided to work on the nicks in the underside of the bowl with clear CA glue. Once it cured I sanded them with 220 grit sandpaper blending them into the rest of the bowl.

I polished the briar with micromesh sanding pads – wet sanding with 1500-12000 grit pads. I wiped the briar down after each pad. The grain began to really come alive through the polishing. 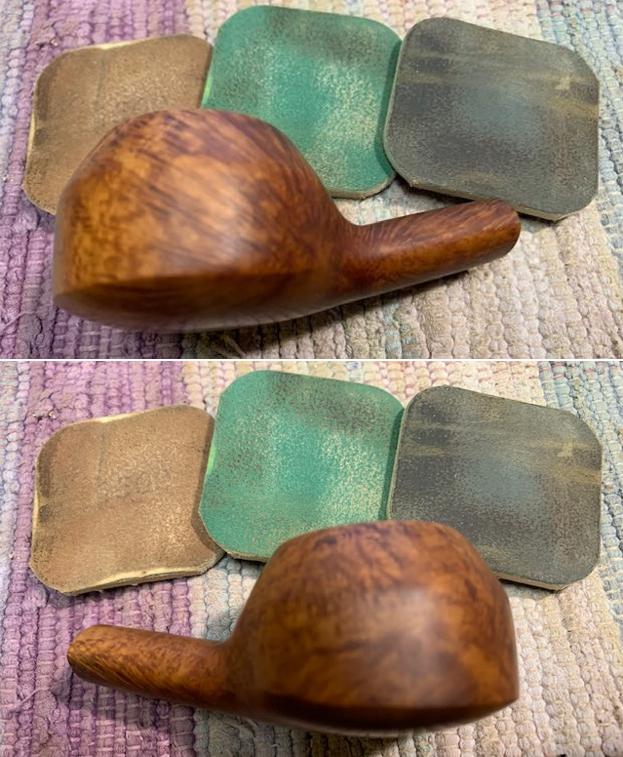 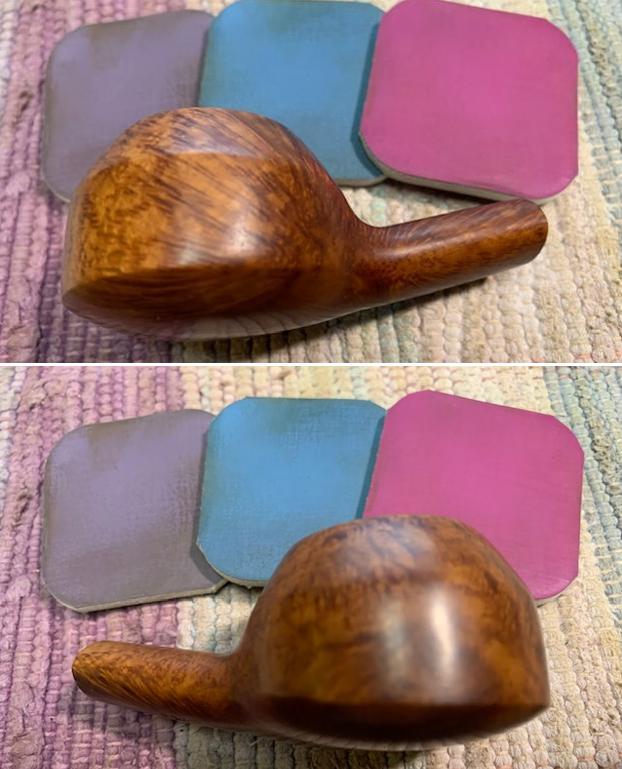 I worked some Before & After Restoration Balm into the surface of the briar with my finger tips. The product is incredible and the way it brings the grain to the fore is unique. It works to clean, protect and invigorate the wood.

I polished the stem with micromesh sanding pads – wet sanding it 1500-12000 pads. I wiped it down with Obsidian Oil after each pad to protect it and preserve it. I polished it with Before  After Pipe Polish – both Fine and Extra Fine. I finished the polishing with a final coat of Obsidian Oil. 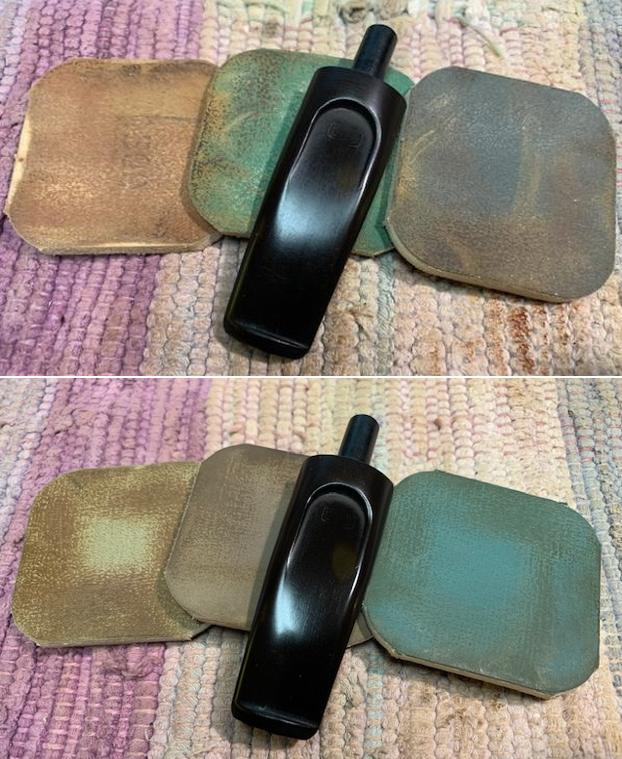 I am really happy with the way that this GBD Coronet 753 St. Claude Made Author turned out. It really is a beautiful looking pipe with great grain. The “recessed platform” mouthpiece is a unique feature of this pipe and sets it apart. I am not sure why this is a GBD Lower end model. To me it is a top grade pipe with great unique details. The grain really came alive with the buffing. The rich brown and black stains of the matte finish gave the grain a sense of depth with the polishing and waxing. The grain really popped. I put the vulcanite stem back on the bowl and carefully buffed the pipe with Blue Diamond on the buffing wheel using a light touch on the briar. I gave the bowl and the stem multiple coats of carnauba wax on the buffing wheel. I buffed the pipe with a clean buffing pad to raise the shine. I hand buffed the pipe with a microfiber cloth to deepen the shine. The finished GBD Coronet Author really is a beauty and feels great in the hand and looks very good. Give the finished pipe a look in the photos below. The dimensions of the pipe are Length: 5 ¾ inches, Height: 1 ¼ inches, Outside diameter of the bowl: 1 ½ inches, Chamber diameter: 1 inch. The weight of the pipe is 49 grams/1.73 oz. The pipe will be going on the rebornpipes store soon. It will be in the section on French Pipe Makers if you would like to add it to your collection.Thanks for reading this blog and my reflections on the pipe while I worked on it. It was a fun one to work on! 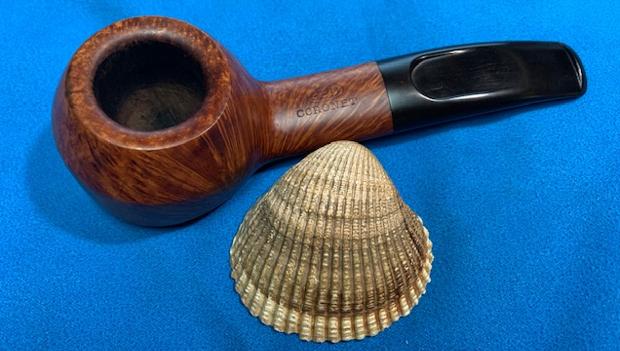 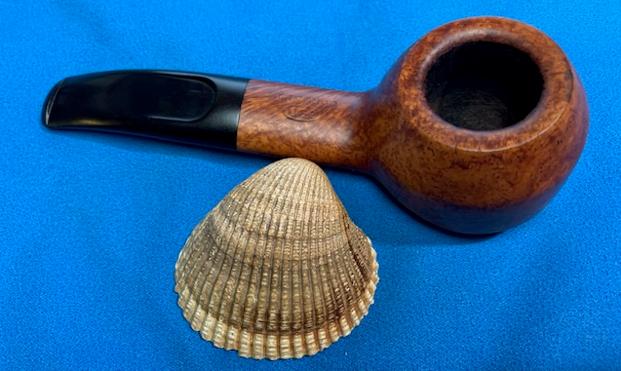 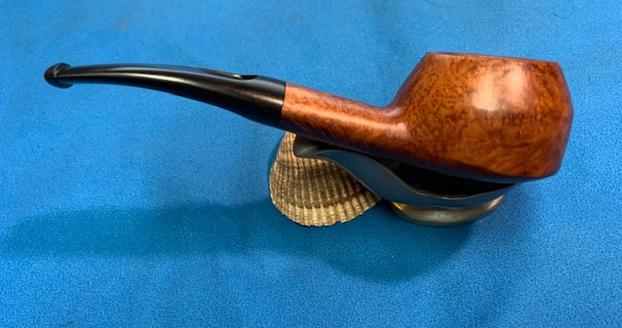 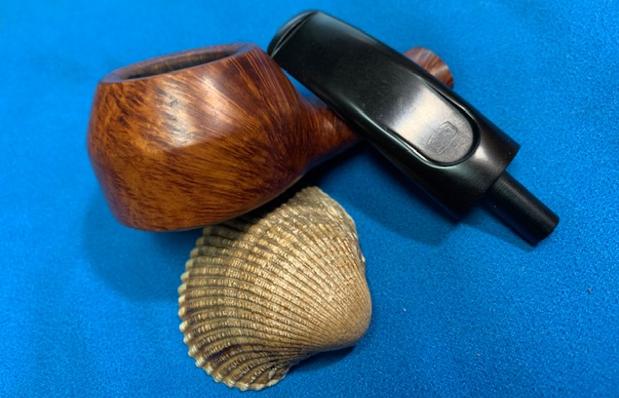