Not too long ago there was a benefit auction on TLOC (Tobacco Lovers of Canada) Facebook Group in support of the son of one of the members son was diagnosed with cancer. There were tobaccos and pipes up for auction with all proceeds going to a fund for the family. I decided to enter an auction for one of the pipes – an unsmoked smaller group two sized Calich pipe. I put in repeated bids for the pipe both because I actually wanted the pipe and because I wanted to try to drive the price up so others would bid more in support of the family. I entered bids up to the last minute, even bidding against myself and ended up winning the pipe. I was pleased to have won the pipe in that it was a double win for me – first it gave me the chance to help out a family and second it gave me the opportunity to add another Calich to my collection. I have loved John Calich’s pipes for over 25 years now and have collected a few of them. When John was living I spoke with him several times via phone and had him make some new stems for some of his pipes that I picked up off eBay. He was a very kind gentleman and was always helpful when I spoke with him. He was always ready with encouragement and when I needed to know how to do something when I was first learning to repair pipes he was willing to help. He was one of the old guard of Canadian Pipe makers. I miss him.

John Calich was one of Canada’s finest carvers. He died in July 2008. John was a full time pipe maker for the last 40 years. Calich pipes were mostly traditional shapes. His signature style is rustication and smooth on the same pipe along with his unique skill to stain a pipe in contrasting colors. He used only top quality Grecian and Calabrian briar. The mouthpieces are hand finished Vulcanite “A”. Each pipe was entirely made by hand. John Calich was featured in the summer 2005 issue of Pipes & Tobacco. His pipes are graded 3E – 7E. Retail prices range from$ 145.00 to $ 500.00 Each pipe is stamped “CALICH” 3-8E, his earlier pipes were graded from 3-14, and a single, tiny silver dot is applied to the top of the stem (https://pipedia.org/wiki/Calich).

The first two photos were from the auction itself and show the shape of the pipe that caught my eye. The third photo was sent to me in response to a question I asked about the size of the pipe. You can see from that photo that it is a petite pipe. The rustication on the pipe is rugged and tactile and should feel good in my hand when it heats up. John Calich always puts a silver dot on his stems as is visible in the second photo. The colours in the third photo are more accurate in terms of capturing the dark brown colour of the stain.

The next photo shows the stamping on a smooth panel on the underside of the shank. It reads Calich 00 over Hand Made. Under that it reads Made in Canada followed by the letter E. Both that photo and the one that follows it show the rustication pattern on the bowl and shank.

The pipe arrived about two weeks ago and the box was quite large. It made me wonder what was inside. When I opened the box I found that the fellow handling the auction had included a tin of McClellands #22 Virginia. I am thinking of breaking in the pipe with that tobacco as it is one of my favourites and it is no longer available. I took the following photos to show what it looked like. The pipe is small but will be a great Virginia pipe. The dimensions are as follows – Length: 5 inches, Height: 1 3/8 inches, Outside diameter of the bowl: 1 1/8 inches, Chamber diameter: 5/8 of an inch. Like the other pipes that have, made by John Calich this is bound to be a very good smoking machine. John’s pipes are comfortable in the hand and the mouth and have an effortless draught. I am truly looking forward to loading up the first bowl of Virginia and enjoying the pipe on the weekend. Thanks for looking. 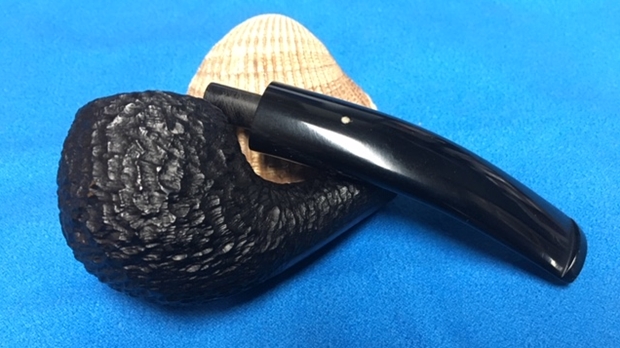 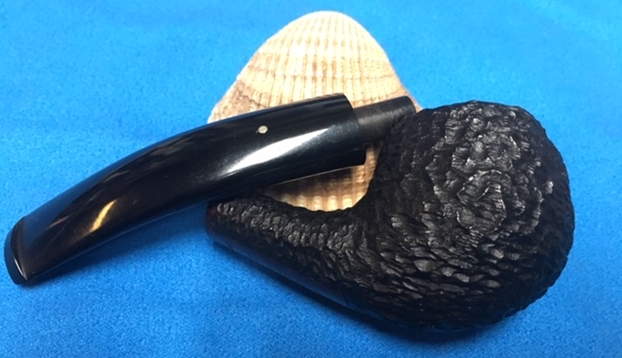 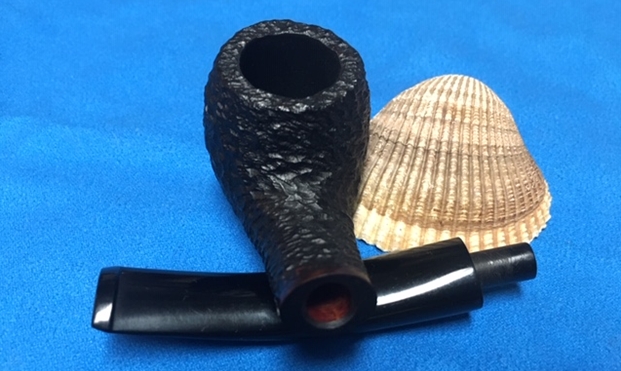