These two Kaywoodie’s were found at an estate sale. They are great survivor examples from the heyday of Kaywoodie. I could tell the previous owner cared for and loved these pipes. They were well used and dirty, but in near perfect condition. Free of fills, tooth chatter, scratches, nicks, or dents. The stampings are crisp and clear. The lines are sharp and straight. Both are 4 hole Drinkless stinger era KW’s.

Bringing these pipes back to their former glory was pretty simple. I have about an hour of work in each pipe. I gave them a wood soap wash, a light ream, deoxidized the stems, and put on fresh coat of carnauba.

The first is a Kaywoodie Flame Grain 99B

The second is a Kaywoodie Meerschaum Lined 86B 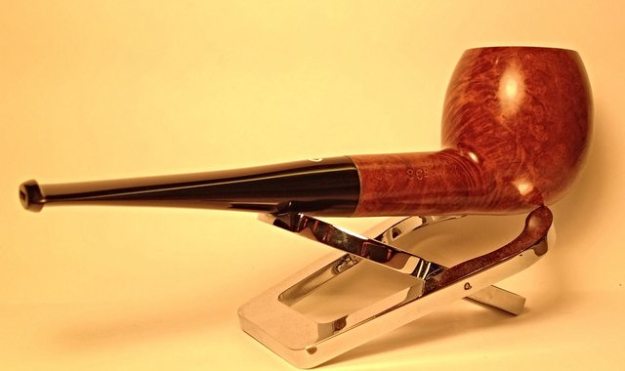