My brother sent me this interesting old pipe to clean up and restore. He included some photos of what it looked like when he received it from the eBay seller. The stain colour was really nice and showed the contrast to highlight the grain. There were some nicks and dents in the briar on the bowl sides and bottom. The rim had a thin lava coat on the top. The inner and outer edges were in excellent condition. The bowl was darkened with a light cake on the bowl sides. The bottom quarter of the bowl was still light unsmoked, undarkened briar. The bowl seems to have never been smoked to the bottom. The stem was lightly oxidized with tooth marks and chatter on both the top and the bottom sides near the button. The stamping on the side of the stem was readable but looked like it was worn. 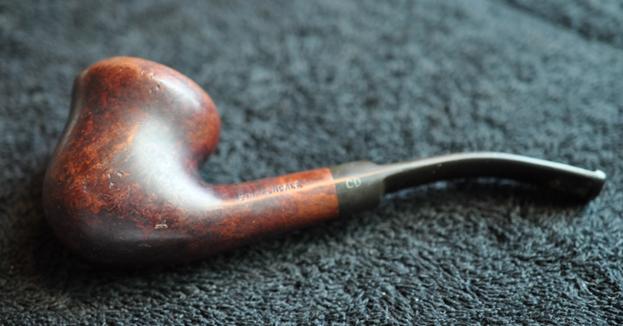 This unusual old pipe is stamped on the left side of the shank with the block letters CHIPPENDALE. On the right side it is stamped Made in over London England and a shape number 276. On the saddle portion on the left side of the stem it bears a CD stamp. I looked for the brand on the pipephil site and found that the brand was listed there with photos of stamping identical to the one that I had. I have included the photo of the stampings courtesy of pipephil’s site.

I did some more research at the pipephil site did not give any information regarding the maker. I looked in one of my go to references, Who Made That Pipe and found that the Chippendale brand was made by Ben Wade in London. I use WMTP regularly and one of the limitations of the book is that it gives no other information. In the back of my head I had a memory of a link between Ben Wade and Charatan. That sent me on a further hunt.

Further research lead me to an article on Pipedia entitled Dating of Charatans by Fabio Ferrara. The article definitively links the Chippendale pipes to Charatan. I quote from the section on Pipedia entitled Identification of Fifth Era Pipes in full with the information the Chippendale stamping highlighted in bold and underlined. Here is the link: https://pipedia.org/wiki/Dating_of_Charatans

Dunhill finally acquired Lane Ltd. in April 1976. To be honest this era should begin that year, however to clarify matters, knowing that during the first months everything changed in the production, I assume the beginning of this era to be 1977.

The characteristics of this era are close to the previous one, except for the absence of the LANE symbol (approx. ending of 1980).

In this very first period Dunhill didn’t change the production site and the original methods, making plans for the future, and the real revolution took place in 1982.

You may come across a pipe of the ‘old generation’, it is important to note that if the DC has been added later, it is often out of line with the shape code.

The Belvedere series is sold as a special, named the Chippendale brand, exclusively for Tinderbox.

1) The mouthpiece is frequently double comfort, rarely saddle without the double comfort, never tapered. If the stem is not a double comfort but a saddle one, it is characterized by the letter X on the right of the shape code (e.g. 2502X), naturally in this case the letters DC are not displayed.

3) Absence of £ on the shank (from the end of 1980 approx., this is because during the first period Dunhill kept the £, as Lane Ltd was property of Dunhill that could use its trademark).

4) Presence of the letter DC just after the shape number (e.g. 2502 DC) or of the letter X only if the stem is not a double comfort one.

6) The pipes marked Chippendale are just a Belevedere series, On the mouthpiece, instead of the CP they display CD.

From the above information it appears that the Chippendale stamping was put on pipes that were made Charatan and sold by Tinderbox in the US. They are essentially Charatan Belvedere series pipes. Now that I knew that it was time to work on the pipe. I took the next four photos to show what the pipe looked like after my brother cleaned it up with his usual thoroughness and I received it here in Vancouver. 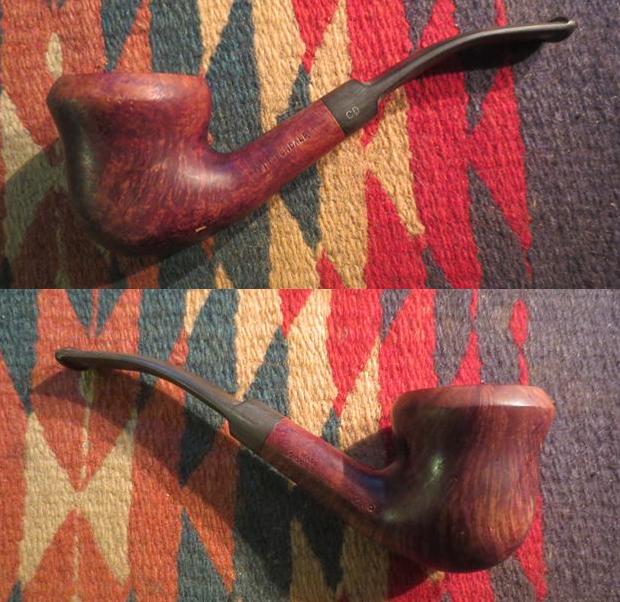 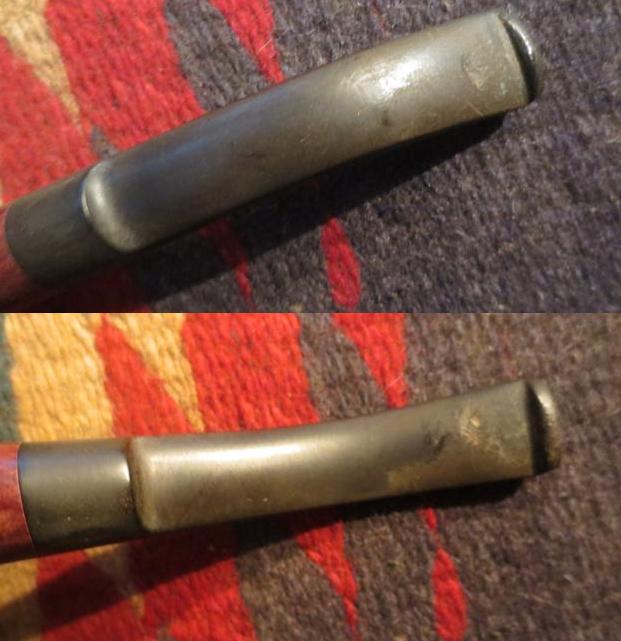 I also took a close up photo of the stamping on the stem. The logo is a CD instead of the CP for Charatan just as was noted in the research. It was faint so it would need to be touched up after the stem was cleaned.

I ran some cotton swabs and alcohol through the shank and the mortise. It was very clean as my brother had done a great job cleaning it. I ran some pipe cleaners through the stem. The slot in the button had some hardened tars in it. I picked the slot open with a dental pick before cleaning the inside of the stem.

There were some deep nicks and divots in the surface of the briar on the front and the left side of the bowl. I filled them with drops of clear super glue. 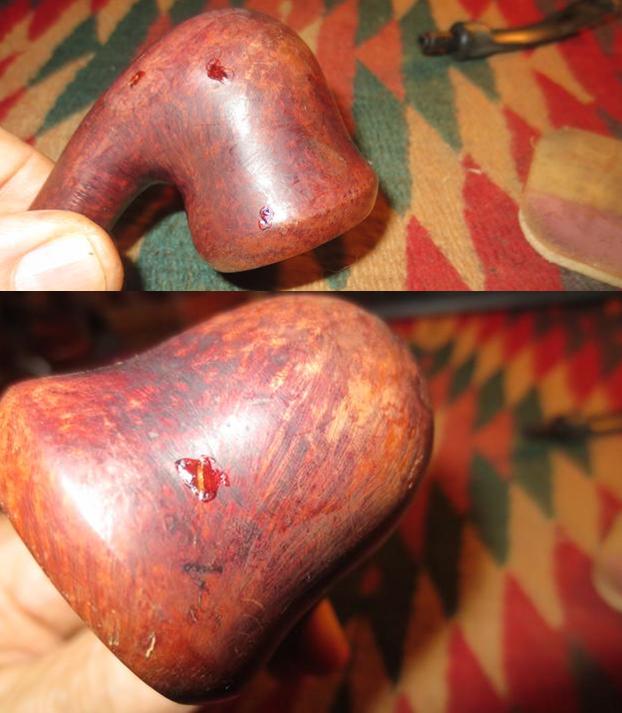 Once it dried I sanded the repairs even with the surface of the briar using 220 grit sandpaper. I then sanded it with 1500-2400 grit micromesh sanding pads.

I touched up the sanded repairs with a dark brown stain touch up pen. I gave the bowl two coats of Conservator’s Wax. When it dried I buffed the bowl by hand. 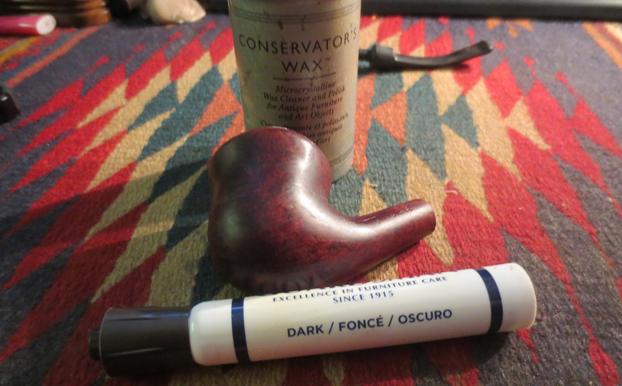 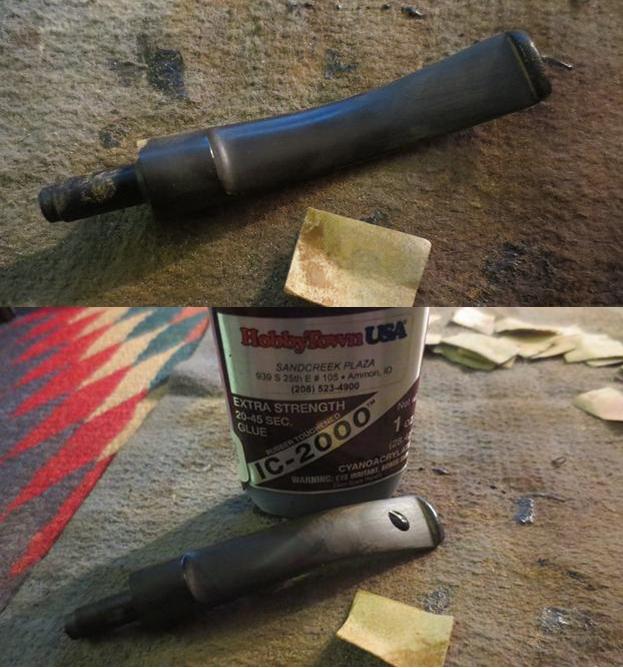 I painted the logo on the stem with a white acrylic paint and a small paint brush. I sanded the excess paint off the side of the stem and left the paint in the stamping.

I polished the briar with micromesh sanding pads – wet sanding with 1500-2400 grit pads and dry sanding with 3200-12000 grit pads. I wiped the bowl down with a light coat of olive oil and hand polished it. 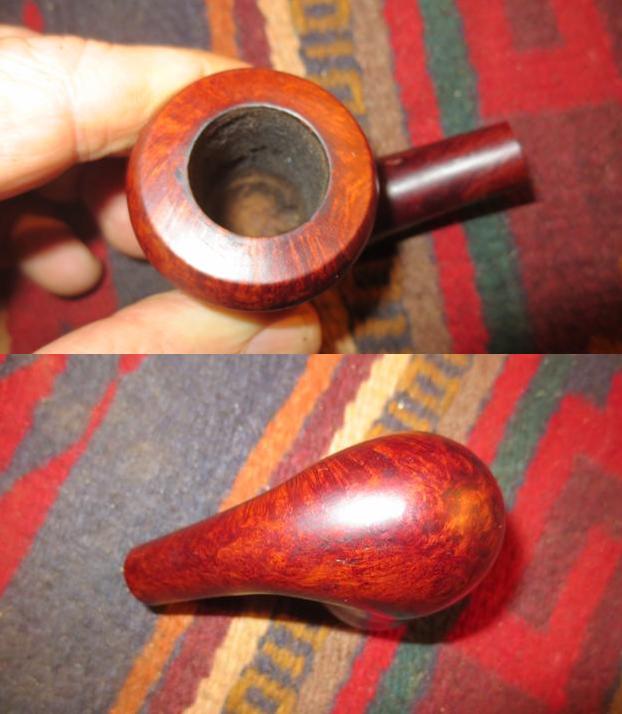 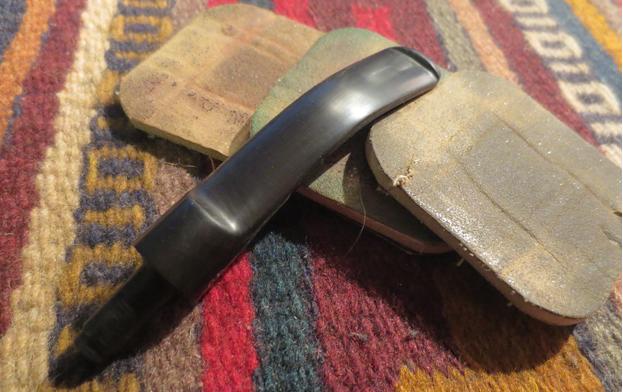 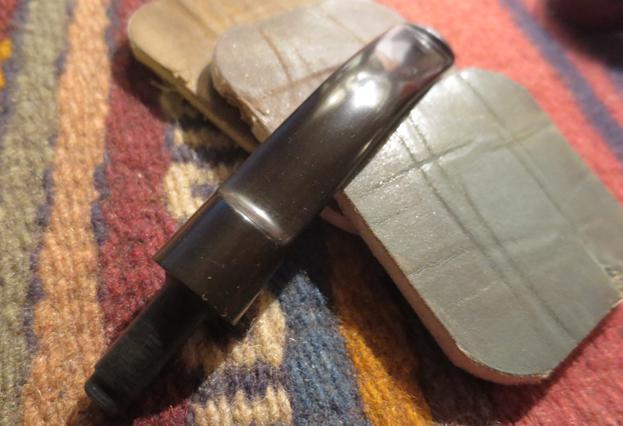 I buffed the stem and bowl with Blue Diamond on the buffing wheel to polish it. I gave the bowl and the stem multiple coats of carnauba wax and buffed it with a clean buffing pad to raise the shine. I hand buffed it with a microfibre cloth. The finished pipe is shown in the photos below. To me it has the look of a Charatan and with the history I found it turns out it is one. The pipe was made for Tinderbox to be sold in the US. This one is available to anyone who wants to add it to their rack. Send me a message or an email to slaug@uniserve.com. Thanks for looking. 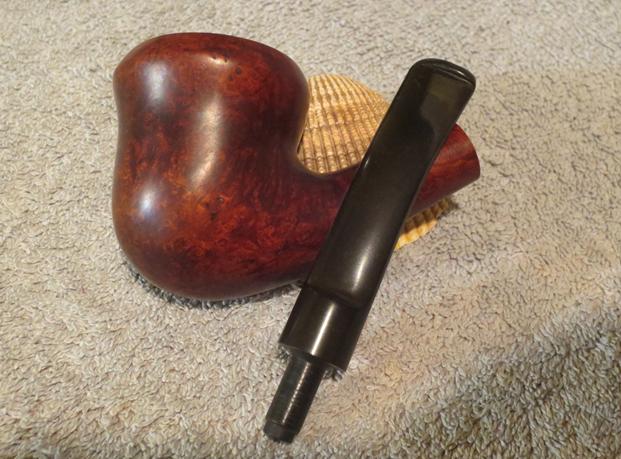 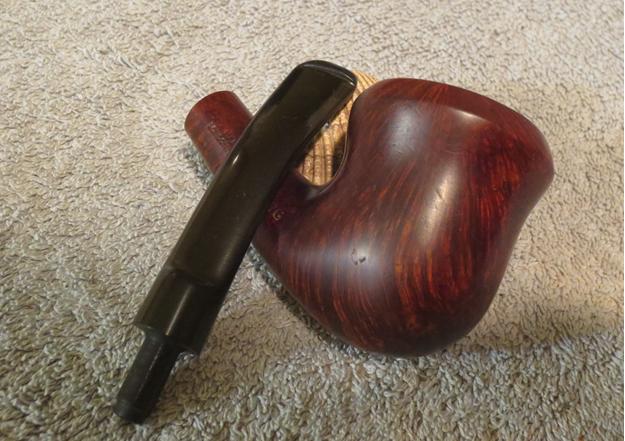 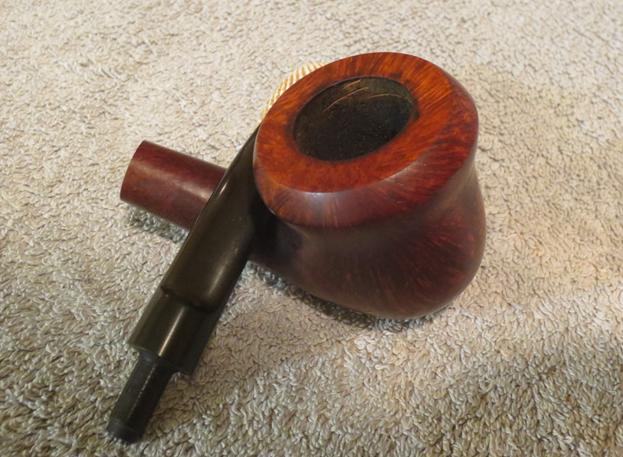