The next pipe on the work table came to me from the large estate purchase of Bertrams and assorted other pipes that included several Piccadilly pipes. It has been around for a while waiting to be worked on. Jeff did the original photographs of the pipe in March 2019. It is the second one that I have worked on. The previous one was a Liverpool that cleaned up really well with great grain (https://rebornpipes.com/2020/08/12/new-beginnings-for-a-piccadilly-liverpool/). This one is Large Chunky Billiard that has some amazing grain around the bowl. The pipe has straight and flame grain on the sides and shank and birdseye grain on the top and heel of the bowl. The stamping is the readable. It is stamped on the left side of the shank and reads the PICCADILLY.  There was also a P in a circle logo on the left side of the taper stem. On the right side it reads Made in London England. The smooth finish had a lot of grime ground into the bowl and some darkening around the sides of the bowl. The bowl was heavily caked and had a thick overflow of lava on the top of the rim. Overall it appeared that the rim top and inner edge of the bowl looked to be in good shape under the grime. The vulcanite taper stem was lightly oxidized and had light tooth chatter on the top and underside. The pipe had promise but it was very dirty. Jeff took photos of the pipe before he started his cleanup work. 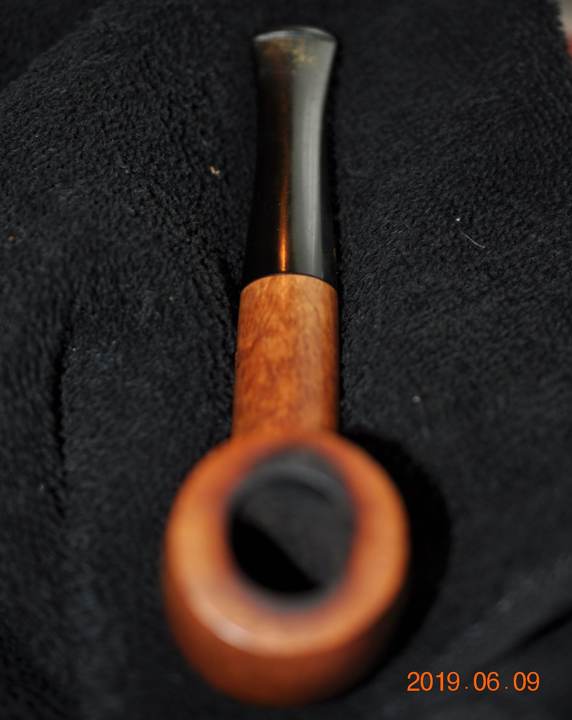 Jeff took photos of the sides and heel of the bowl to give a picture of what the briar around the pipe looked like. There is some interesting grain under the grime. There were also some large fills in the heel of the bowl. 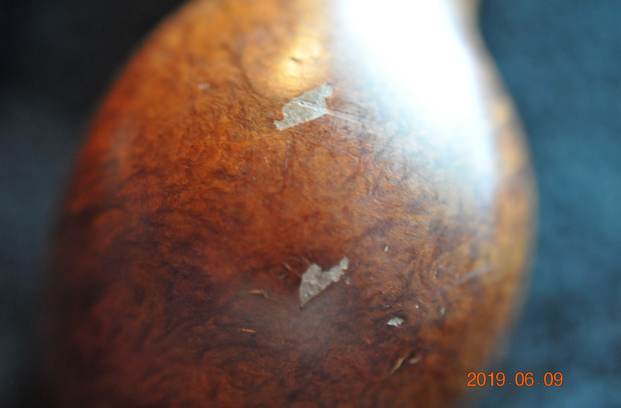 He took photos of the stamping on the underside of the shank. They read as noted above.

When I had worked on the first Piccadilly I had done a lot of reading and digging to learn about the brand. I decided to quote from the previous blog in stead of reworking the material

To learn about the brand I turned to Pipephil’s website (http://www.pipephil.eu/logos/en/logo-p3.html). I did a screen capture of the information on the site and it appears that the pipe was made either in the US by Weber or in England by Baron & Co. This is going to take some more work.

I turned to Pipedia and there were no listings on the brand name. I also checked under Baron and Company and found nothing listed there either. This is a bit of a mystery brand.

Some of the pipes that we picked up bore the Piccadilly stamp as well as the Peretti stamp from the historic Boston Tobacconist. I wonder if there is a link between the Pipe Shop and the brand. Furthermore the Circle P stamp on the stem is the same stamp on Peretti pipes! To me this adds to the connection.

The rim top and shank end cleaned up really well. The lava coat was removed and some darkening left behind on the back side of the rim top. The edges were in good condition. The stem surface looked very good with some light tooth chatter and marks on both sides ahead of the button.

I took photos of the stamping on both sides of the shank. The stamping was clear and readable. The left side of the taper stem had a Circle P  logo with gold stamping.

I removed the stem and took a photo of the pipe to give a sense of the beautiful grain on this well shaped Billiard. 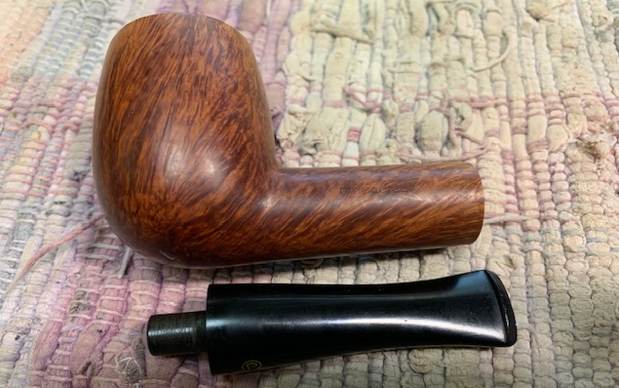 I decided to start my work on the pipe by address the pitted fills on the underside of the bowl. I filled them in with a mix of briar dust and CA glue. I layered in the glue first then put the briar dust on top and followed that with another layer of glue. Once the repair cured I sanded it smooth with 220 grit sandpaper to blend it into the surface of the surrounding briar. 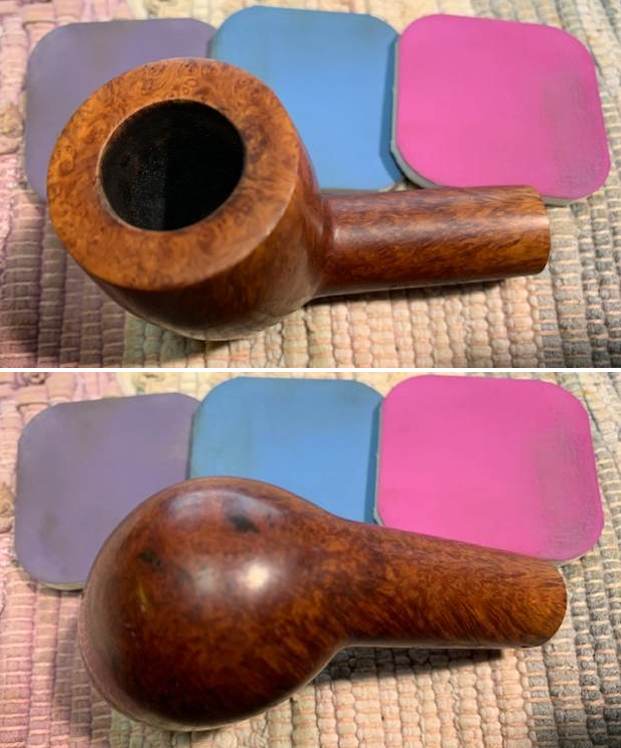 I rubbed the bowl and shank down with Before & After Restoration Balm. I worked it into the surface of the bowl sides, plateau top and shank end with my fingertips to clean, enliven and protect the briar. I let the balm sit for 15 minutes and then buffed with a cotton cloth to raise the shine. The grain really stood out clearly. 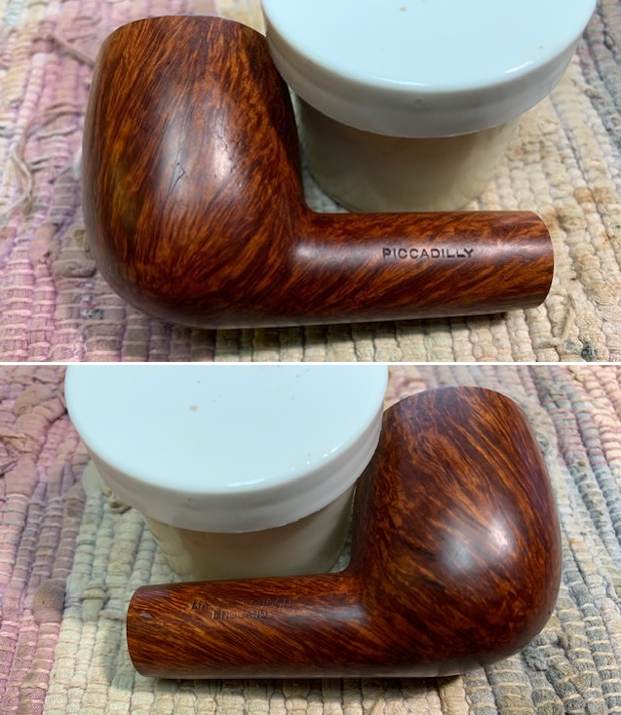 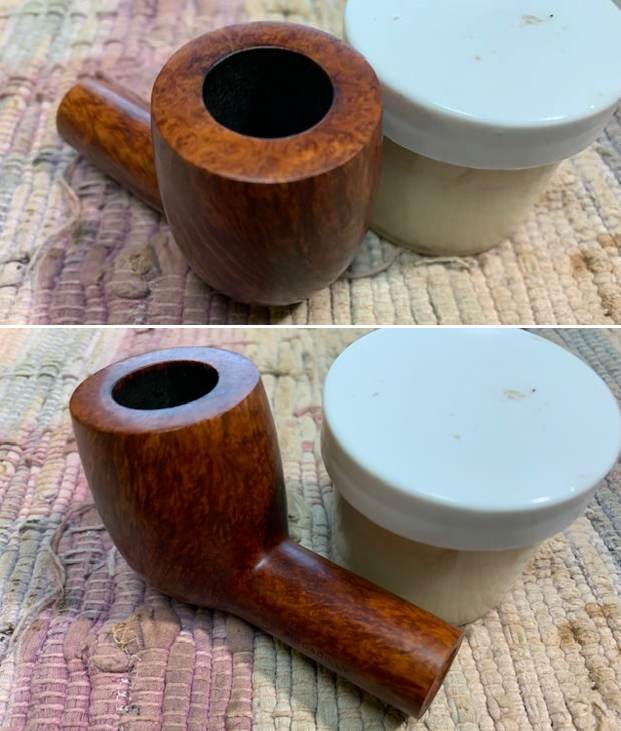 I set the bowl aside and turned my attention to the stem. I sanded out the tooth marks on the top and underside near the button with 220 grit sandpaper. I started the polishing with 400 grit wet dry sandpaper.

I worked over the stem with micromesh sanding pads – 1500-12000 grit pads. I wiped the stem down with Obsidian Oil after each sanding pad. I used Before & After Pipe Polish – both Fine and Extra Fine to further polish the stem. 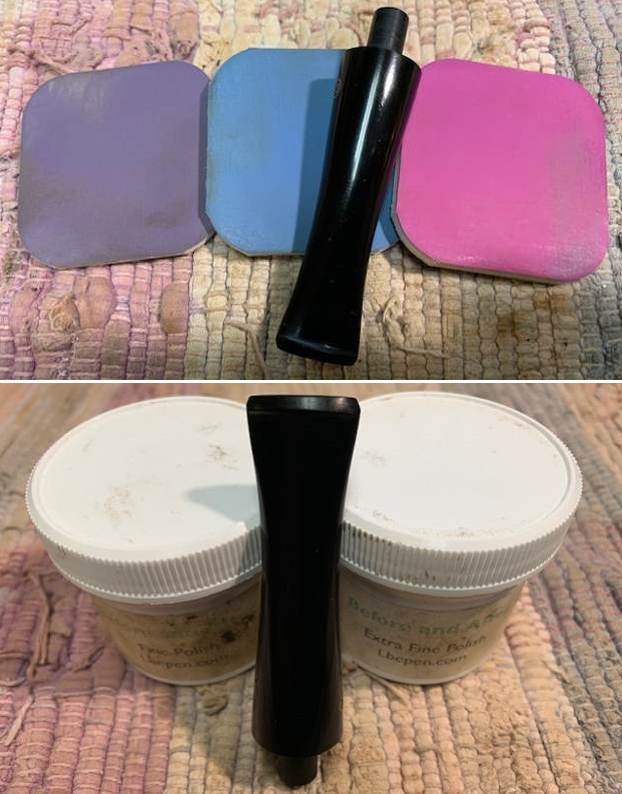 This well made, classic Piccadilly Made in London Chunky Billiard with a taper vulcanite stem is a great looking pipe now that it has been restored. The rich brown finish that was used came alive with the polishing and waxing. I put the stem back on the bowl and carefully buffed the pipe with Blue Diamond on the buffing wheel using a light touch on the briar. I gave the bowl and the stem multiple coats of carnauba wax on the buffing wheel and followed that by buffing the entire pipe with a clean buffing pad. I hand buffed the pipe with a microfiber cloth to deepen the shine. The finished Piccadilly Billiard is a beauty with combination of great grain and rich stain. It fits nicely in the hand and looks very good. Give the finished pipe a look in the photos below. The dimensions of the pipe are Length: 5 ¾ inches, Height: 2 inches, Outside diameter of the bowl: 1 ½ inches, Chamber diameter: ¾ of an inch. The weight of the pipe is 66 grams/ 2.33 ounces. If you are interested in adding this pipe to your collection send me a message or an email. Thanks for reading this blog and my reflections on the pipe while I worked on it. There are many more to come! 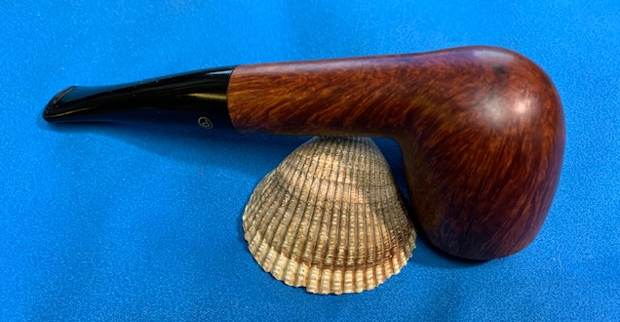 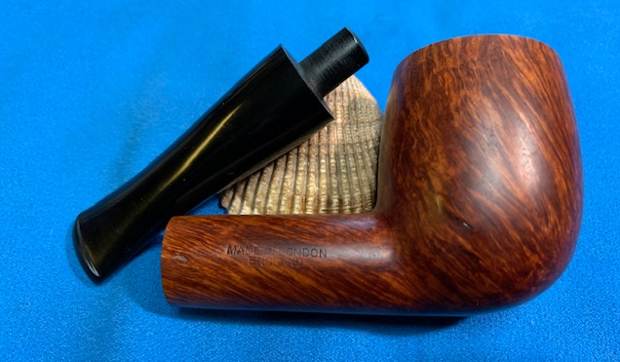 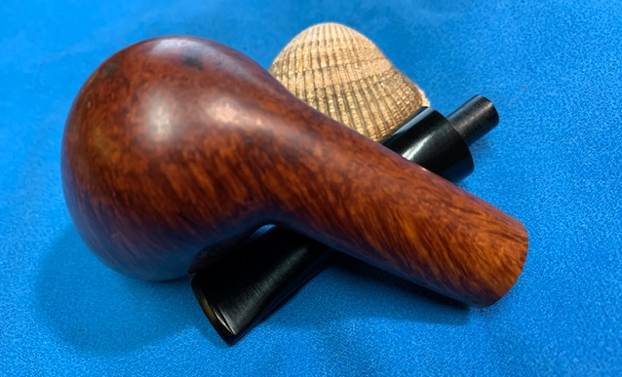 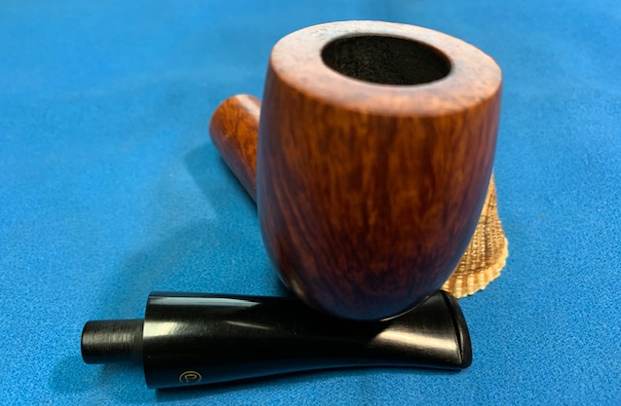