The next pipe on the work table came to me from one of our estate purchases. Between us we pick up quite a few pipes for restoration. I try to work them into the restoration queue so that I can keep them moving. This next one is from our ongoing hunt – a beautifully grained square shank Pot with a saddle vulcanite stem. The pipe is stamped on the left side of the shank and reads Royal Coachman in a Germanic Script and on the right side has the shape number 497 and the typical round Comoy’s style COM Stamp Made in London in a circle [over] England. The stamping is identical to many of the pipes that I have restored from various lines of Comoy’s pipes. The finish had a lot of grime ground into the surface of the briar. The bowl was thickly caked with an overflowing lava coat on the rim top. The edges looked to be in good condition though there is some possible damage under the lava. The stem was oxidized, calcified, dirty and had tooth chatter and marks on the top and underside near the button. There were not markings or a logo on the taper stem. It had promise but it was very dirty. Jeff took some photos of the pipe before he started his cleanup work.

He took photos of the rim top and bowl to give a clear picture of the thickness of the cake and the overflow of lava on the rim top. He also took photos of the top and underside of the stem to show the oxidation and the chatter and tooth marks. There was also damage on the button surface itself. 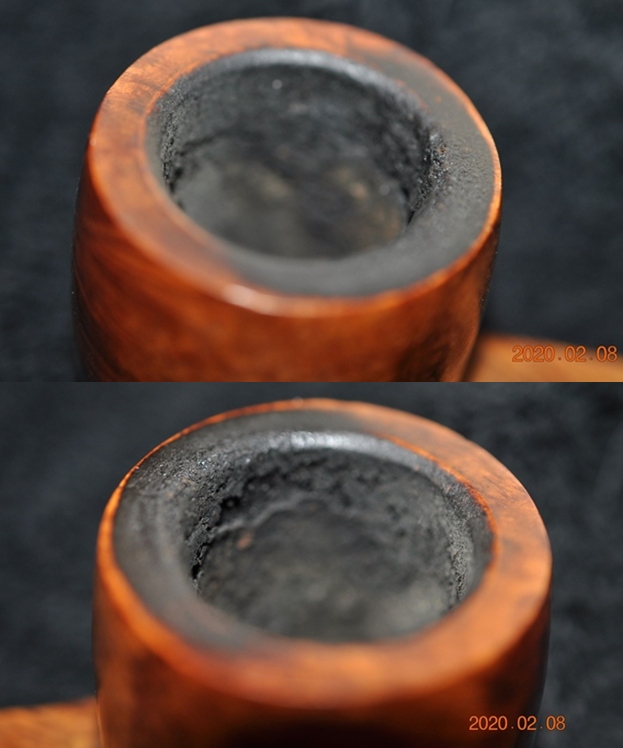 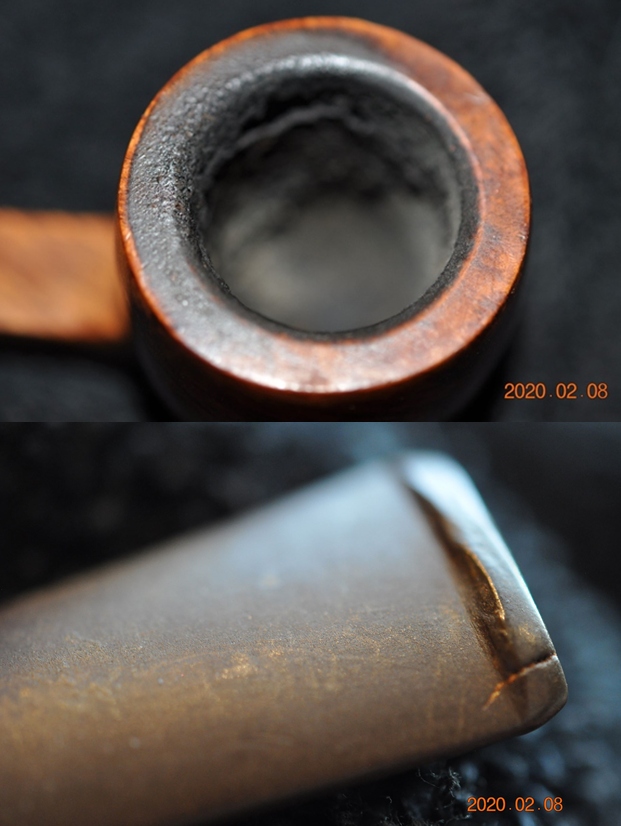 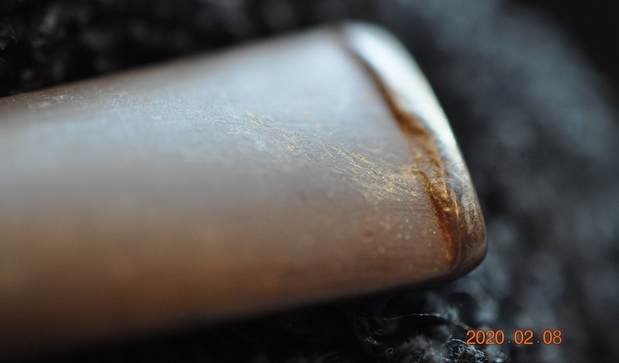 He took photos of the stamping on the left and underside of the shank. It reads as noted above and is clear and readable. 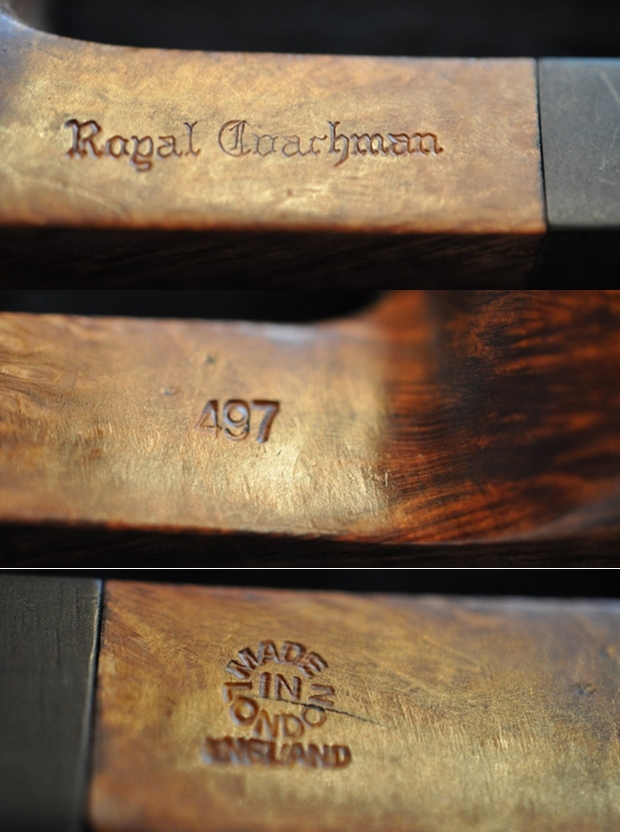 I turned to Pipephil to read the article on the Royal Coachman brand to see the connections (http://www.pipephil.eu/logos/en/logo-r6.html). I have included a screen capture of the section below.

I turned to Pipedia’s article on Comoy’s Seconds and have included a list of the various pipes that they make (https://pipedia.org/wiki/Comoy%27s). I have highlighted the Royal Coachman in red in the list below.

Seconds made by Comoy’s

From the two sites I knew that the pipe I was working on was  a Comoy’s Second. The shape number confirmed that as it was a Comoy’s Shape number. The COM stamp on the right side of the shank was also a typical Comoy’s COM stamp. Now it was time to work on the pipe.

Jeff had cleaned up the pipe with his usual penchant for thoroughness. He reamed the pipe with a PipNet Pipe Reamer and cleaned up the remnants with a Savinelli Fitsall Pipe Knife.  He scrubbed the bowl with undiluted Murphy’s Oil Soap with a tooth brush. He rinsed it under running warm water to remove the soap and grime. He cleaned out the inside of the shank and the airway in the stem with alcohol, cotton swabs and pipe cleaners. He soaked the stem in Before & After Deoxidizer and rinsed it off with warm water. I took photos of the pipe once I received it. 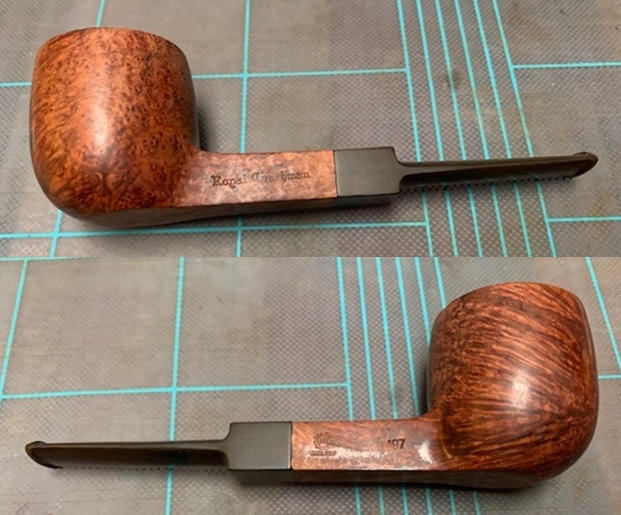 The bowl and rim top cleaned up really well with the lava coat removed. The inner edge of the rim was in good condition.  The plateau was clean but had some darkening. It looked very good. The stem surface had some oxidation and some tooth marks and chatter on both sides near the button.  There was damage to the button surface on both sides.

I took photos of the stamping are clear and read the same as noted above.

Now it was time to do my work on the pipe I polished it with micromesh sanding pads using 1500-12000 grit sanding pads and wiping it down after each sanding pad with a damp cloth to remove the sanding dust and debris. 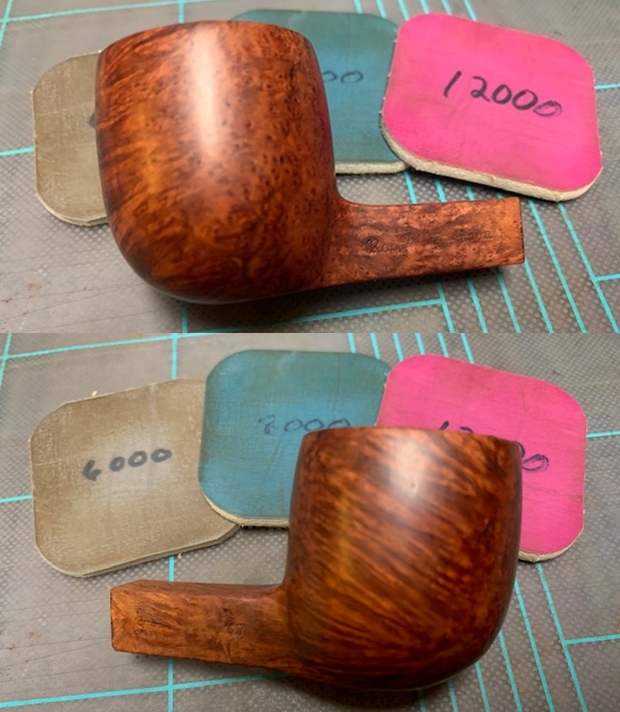 I rubbed the bowl and shank down with Before & After Restoration Balm. I worked it into the surface of the bowl sides and shank with my fingertips to clean, enliven and protect the briar. I let the balm sit for a little while and then buffed with a cotton cloth to raise the shine. The stain brings the rich reddish brown tone to life. It is a nice looking pipe.

I set the bowl aside and turned to work on the stem. I cleaned up the area around the button edges with alcohol and then filled in the damaged button edge and top with black super glue. Once the repair had cured I shaped it with a needle file. 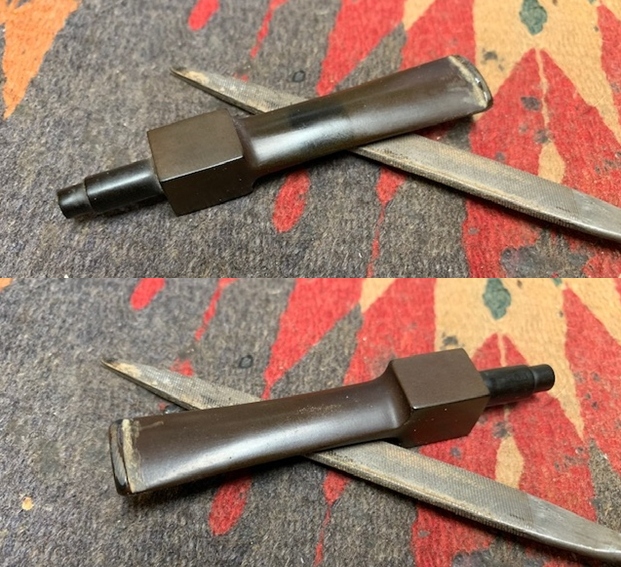 I sanded the repaired areas, the button edges and the oxidation on the stem with 220 grit sandpaper and started the polishing with 400 grit wet dry sandpaper. The stem is starting to look very good. 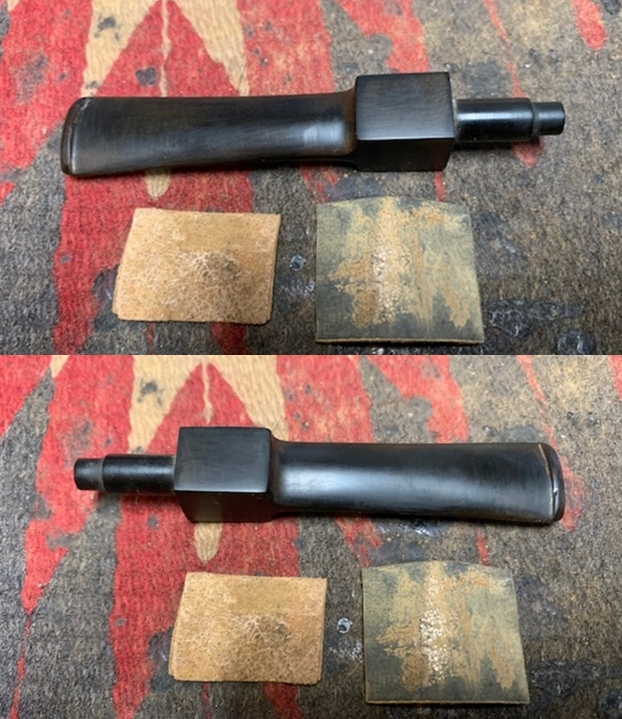 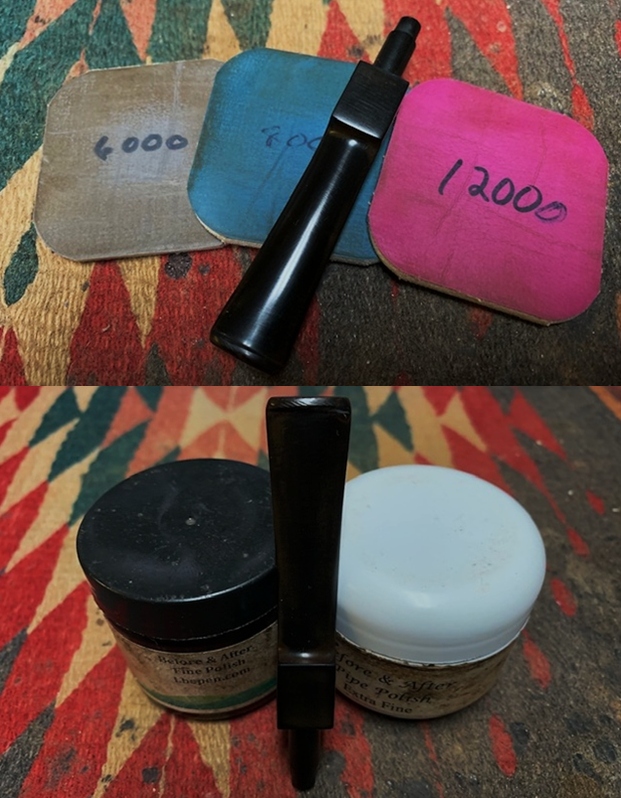 This Comoy’s Made Square Shank Royal Coachman 497 Pot with a vulcanite saddle stem turned out to be a great looking pipe now that it has been restored. I put the stem back on the bowl and carefully buffed the pipe with Blue Diamond on the buffing wheel using a light touch on the briar. I gave the bowl and the stem multiple coats of carnauba wax on the buffing wheel. I buffed the entire pipe with a clean buffing pad to raise the shine. I hand buffed the pipe with a microfiber cloth to deepen the shine. The finished Royal Coachman Pot fits nicely in the hand and feels great. Give the finished pipe a look in the photos below. The dimensions of the pipe are Length: 5 ½ inches, Height: 1 ¾ inches, Outside diameter of the bowl: 1 ½ inches, Chamber diameter: 1 inch. If you are interested in adding this pipe to your collection send me a message or an email. Thanks for reading this blog and my reflections on the pipe while I worked on it. There are many more to come! 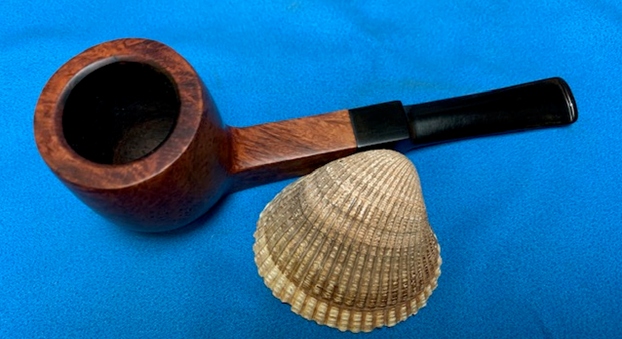 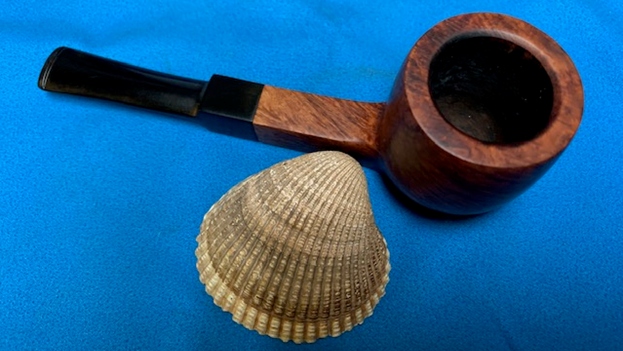 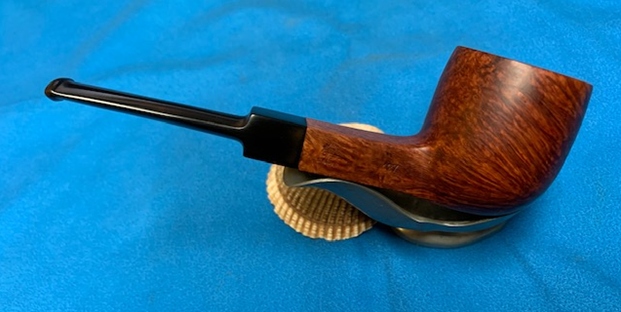 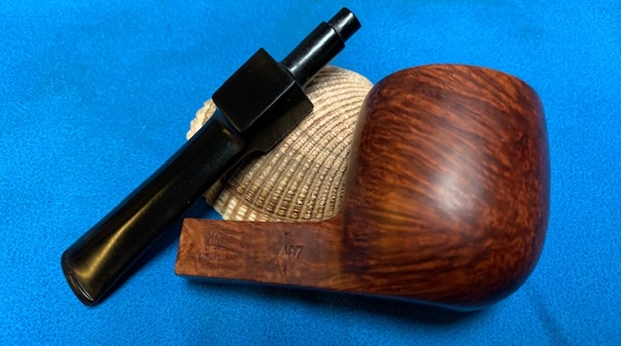 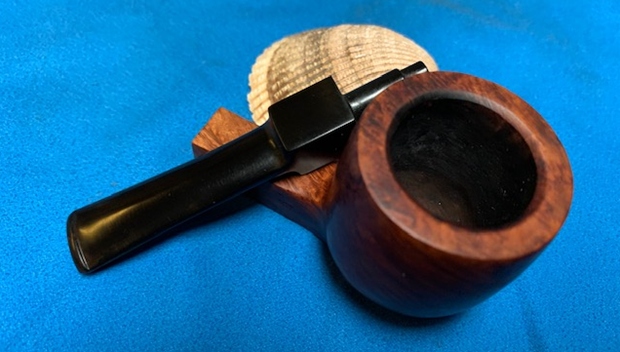 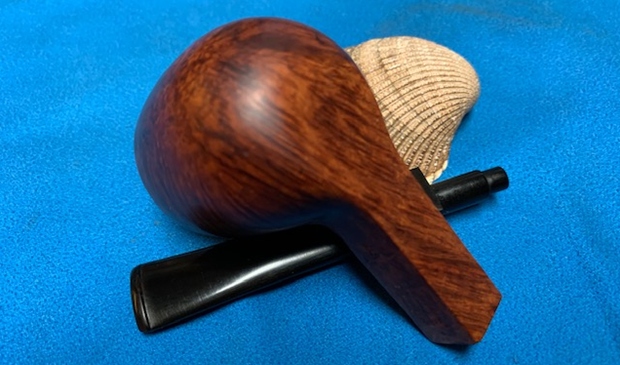 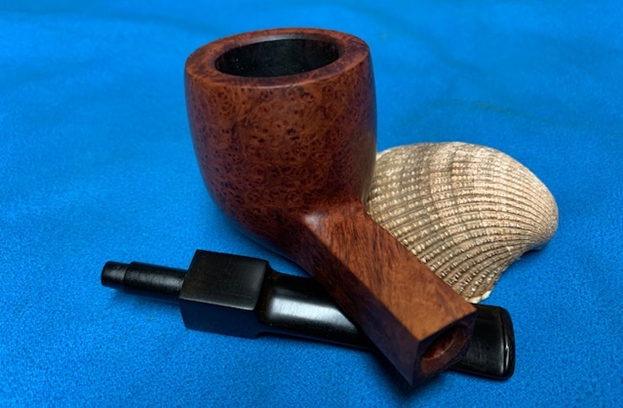