The fifth pipe I chose to work on was another Peterson’s System Pipe. It is the second 1312 pipe and is stamped Peterson’s System Standard pipe on the left side of the shank. On the right is stamped Made in the Republic of Ireland 1312. The stamping is clear and sharp. The nickel ferrule is stamped K&P Peterson’s and has the three faux hallmarks that are for looks. It is larger and chunkier than the first one. The bowl is thickly caked and the rim has an overflow of the cake in the bowl. It is a very dirty pipe. The finish is in decent shape but has a lighter brown stain over flame and straight vertical grain. The stem is oxidized with some calcification around the P-lip button. Light tooth chatter covers both the top and underside of the stem. There is no P stamping on the P-lip stem but it appears to be an original not a replacement. 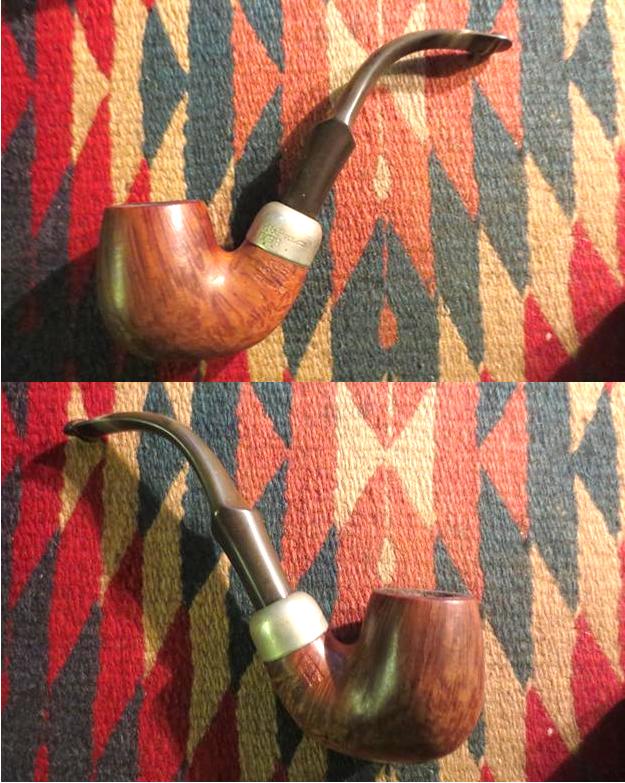 I took some close up photos of the pipe. The first photo below shows the thick cake in the bowl, the remnant of tobacco in the bottom of the bowl and the overflow of lava on the rim of the bowl. The next two photos show the condition of the stem. 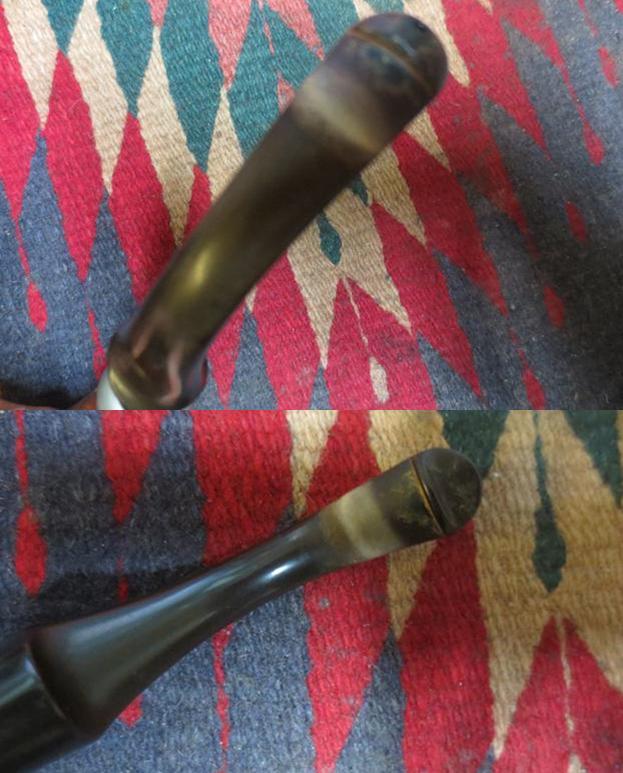 I used a sharp pen knife to carefully scrape off the cake on the rim. I scrubbed the rim with saliva and cotton pads to remove the tars and oils on the surface. I was able to remove all of the tars and build up on the rim top. 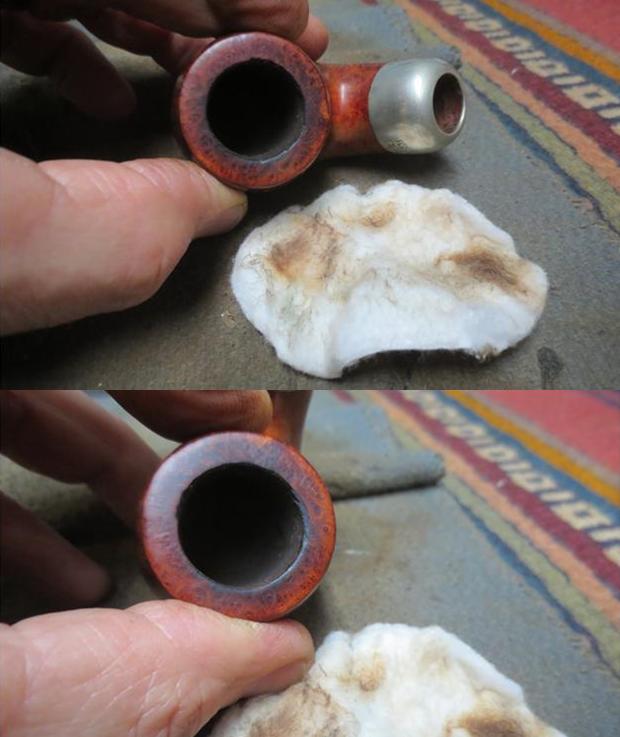 I scrubbed nickel ferrule with tarnish polishing scrub and cotton pads. The polish removed all of the tarnish and left the ferrule shining. 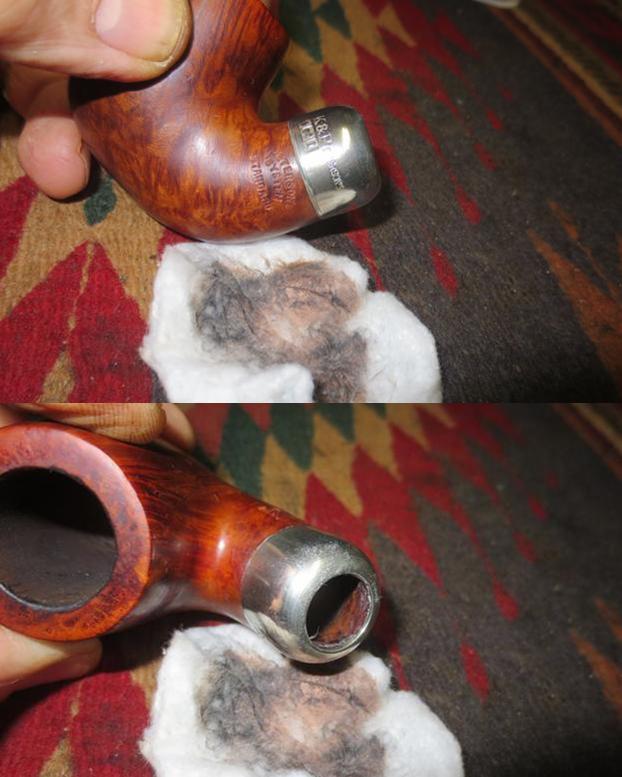 I gave the bowl a light coat of Conservator’s Wax and polished the bowl with a microfibre cloth.

I sanded the stem with 220 grit sandpaper to remove the calcification, oxidation and tooth chatter and marks.

I cleaned out the internals of the mortise, sump, shank airway and stem airway with alcohol, cotton swabs and pipe cleaners. 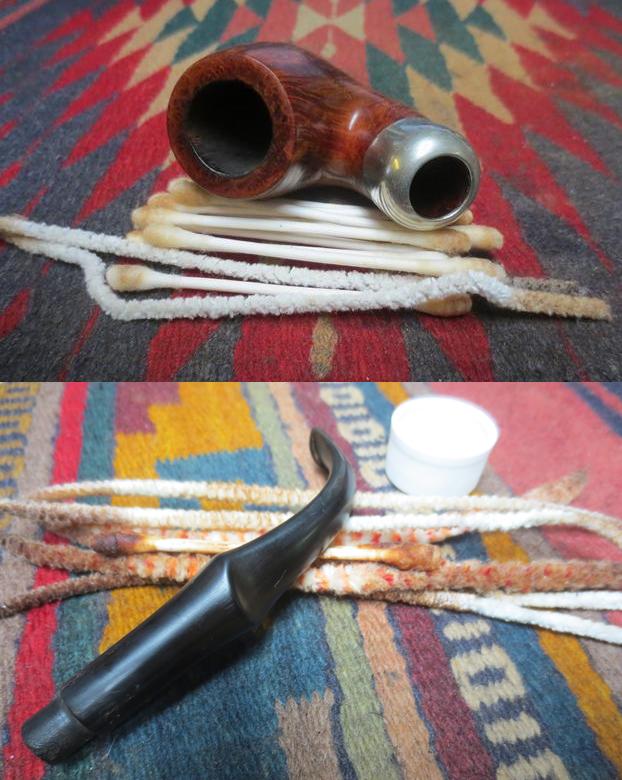 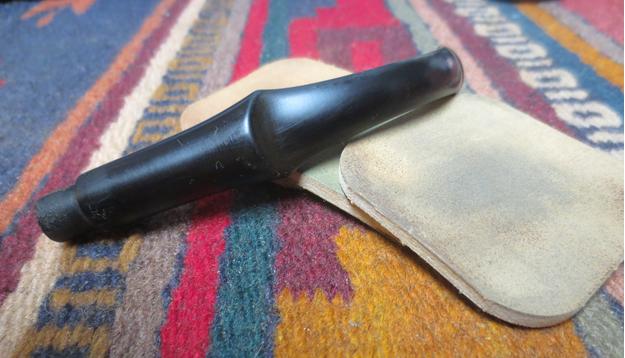 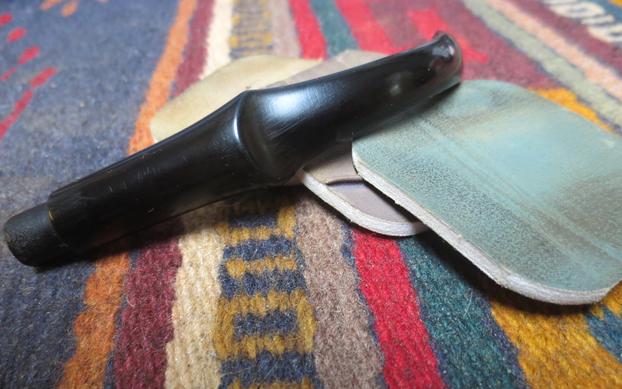 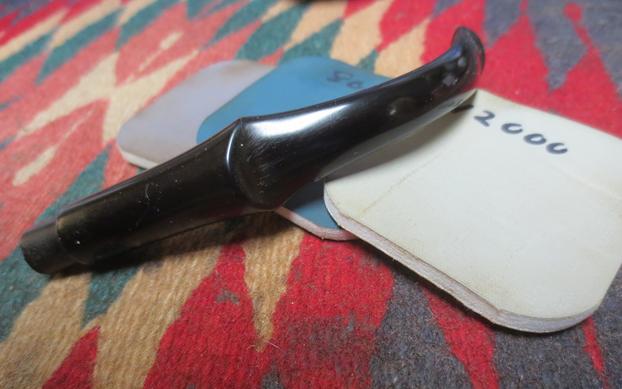 I buffed the bowl and stem with Blue Diamond on the buffing wheel. It is a plastic polish that removes the minute scratches left behind after sanding the stem with micromesh sanding pads. It worked the same way on the briar. I gave the bowl and stem multiple coats of carnauba wax and buffed it with a clean buffing pad to raise the shine. I finished by hand buffing it with a microfibre cloth. I have found that deepens the shine. The finished pipe is shown in the photos below. It is a beautiful pipe that has some stellar grain. Thanks for looking. 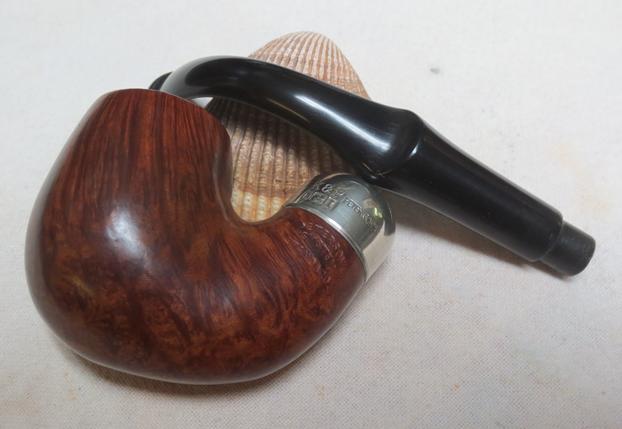 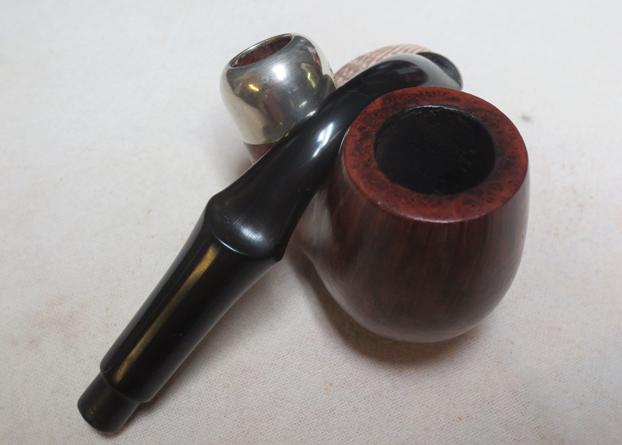