I found this John Redman leaflet saved on my iPad from from 2012-13. I think I found it in a box of papers that came with some estate pipes that Jeff and I purchased. I am not sure where it truly came from but I thought it was worth preserving here. Give it a read and enjoy! Thanks

I was up early this morning and took some time over coffee to clear off the photos I have saved on my iPad. I came across these Comoy’s catalogue that I saved in 2013. I am not even sure where I picked it up to be honest. But I thought I would post it here to preserve it. There is some interesting information on the pages including some drawings of Comoy’s various innovations. Give the photos a read. 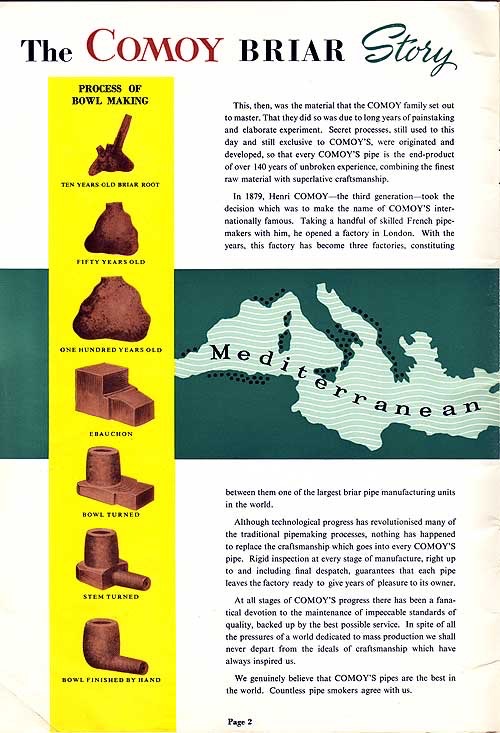 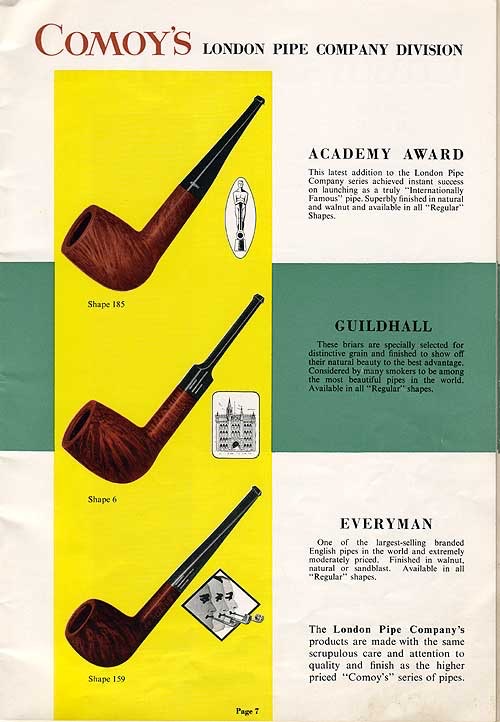 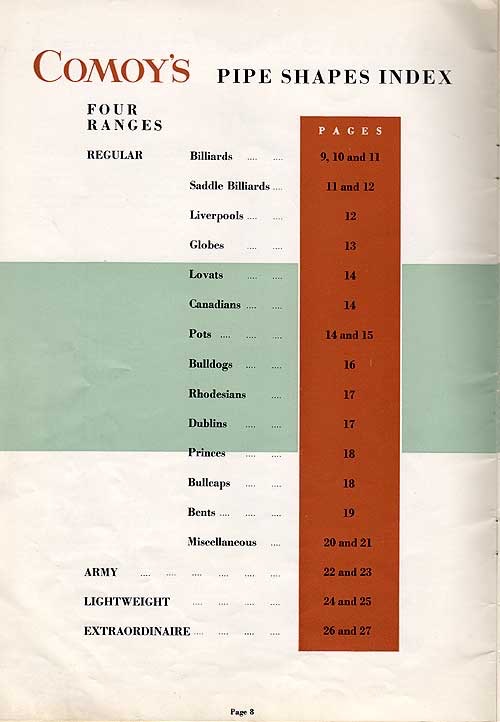 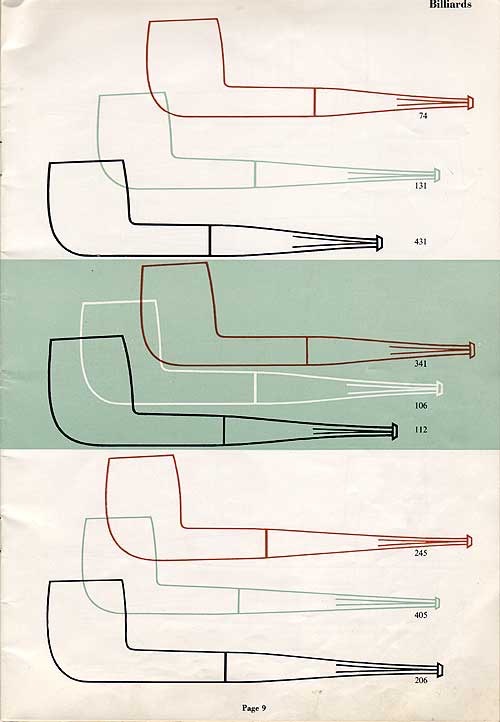 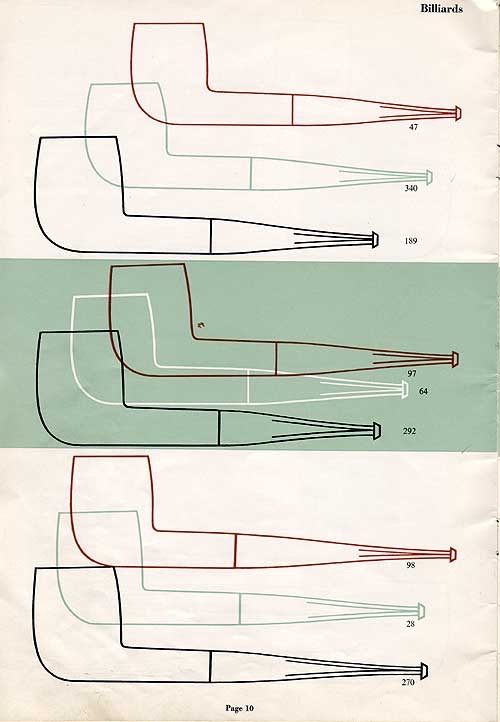 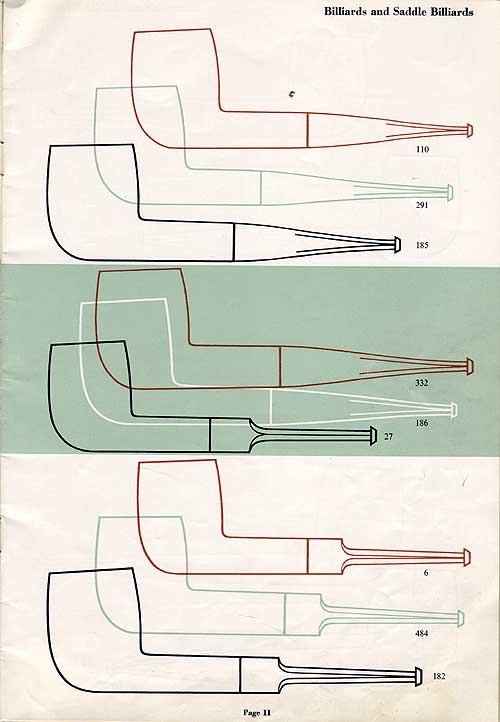 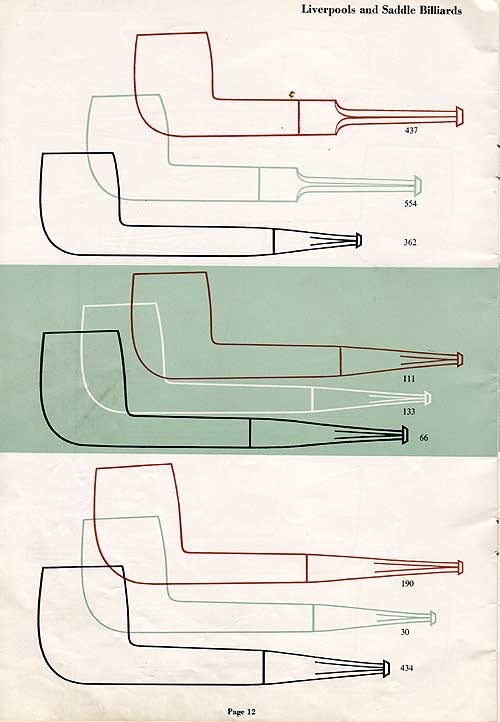 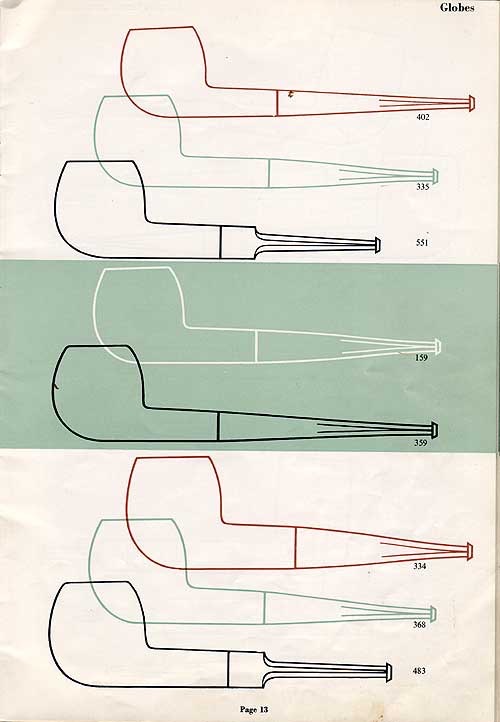 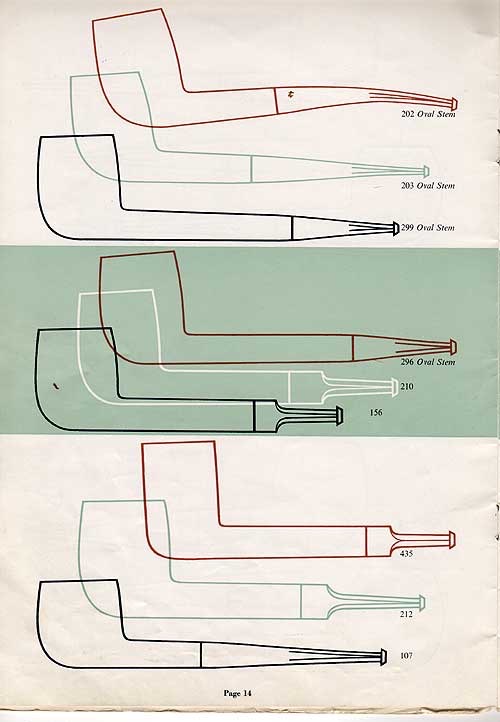 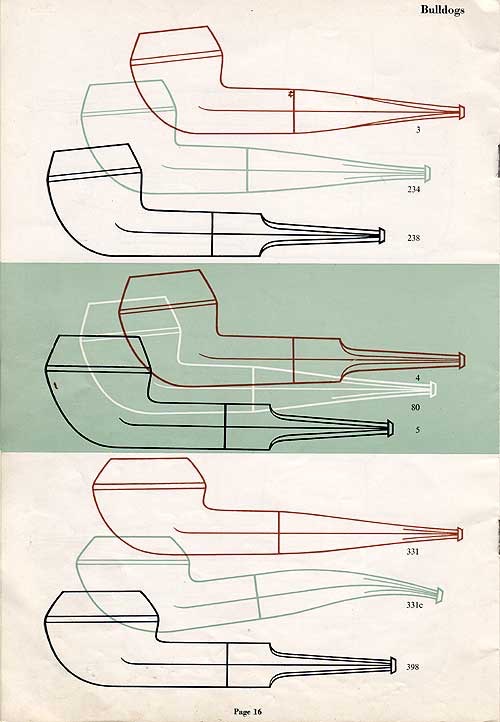 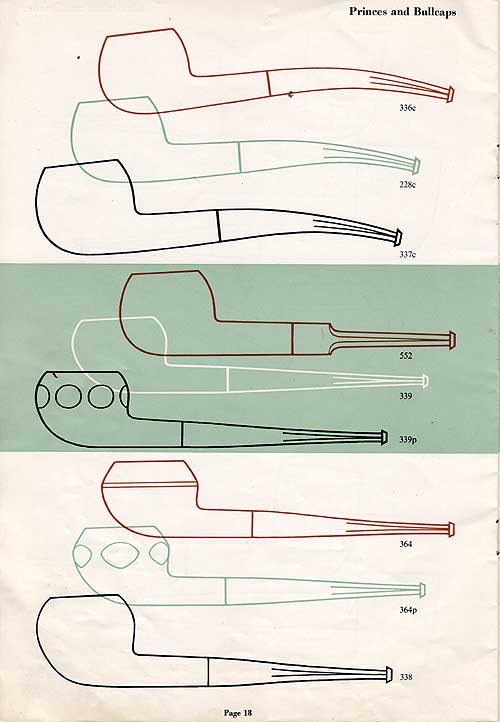 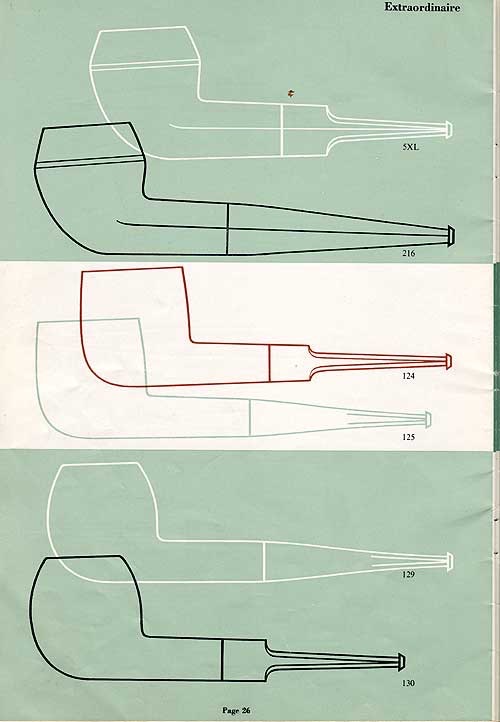 It turns out he said he had 17 pipes. That was certainly more than I expected but I communicated that there was a large queue ahead of him and I would have to fit them in as I could. He was fine with whatever time it took. He sent me the following photos of his collection that he wanted restored. The first photo shows his eleven Brigham pipes – all very interesting shapes. The second photo shows the six various pipes in the collection – A Republic Era Peterson’s System 1312 (Canadian Import), A Bjarne Hand Carved Freehand, a Comoy’s Everyman London smooth billiard, a GBD Popular Dublin 12, an English made Kaywoodie Rustica 72B, a Kriswill Bernadotte 60 with a broken tenon. When the box arrived there were two additional pipes included for a total of 19 – a Ropp 803 Deluxe Cherrywood Poker and a Comoy’s Sandblast Everyman Canadian 296. It was a lot of pipes! I have been randomly choosing the next pipe to work on and this time chose the Brigham that I have drawn a red box around in the first photo below. 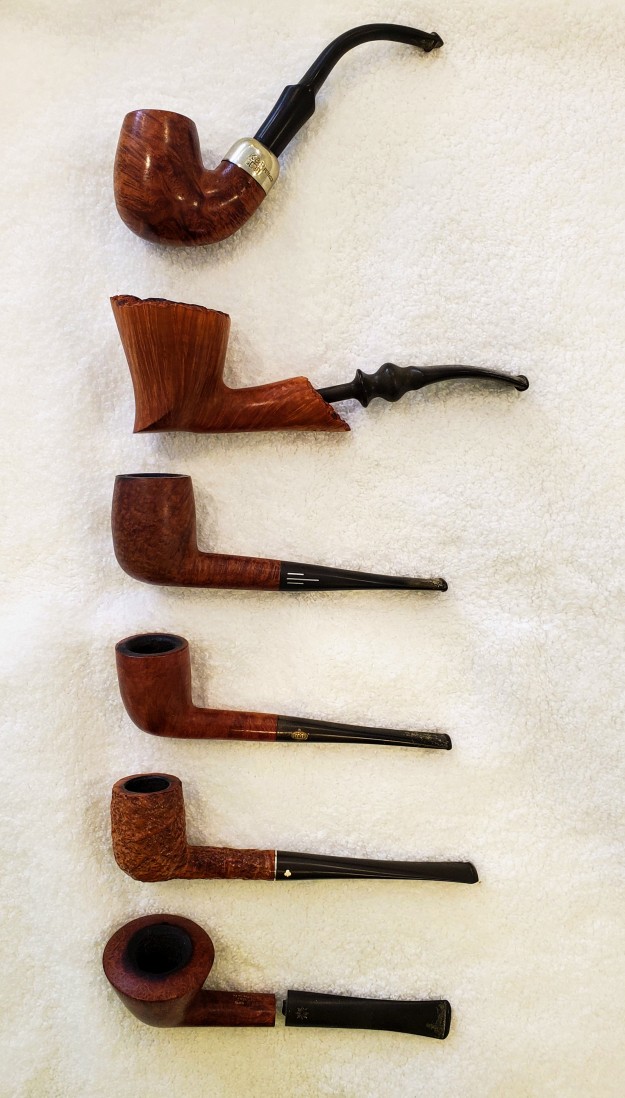 When I unwrapped it the pipe it was a Brigham Exclusive Large Lovat Sitter (at least that is what Brigham calls it even though it looks like a large billiard to me) with a shape number 3999. It was stamped on the underside on a smooth panel; it read the shape number 3999 on the heel, then Can. Pat. 372982 followed by Brigham in a script. It had a rusticated lower half of the bowl and shank with a smooth top half. The rim top had some darkening and nicks and there was a light cake in the bowl. It was dirty but overall in better condition than the last one. The finish appeared to be very good under the grime. I would see when I cleaned it. The 3 Dot saddle stem is oxidized, tooth marks and chatter on both sides near the button, some calcification. 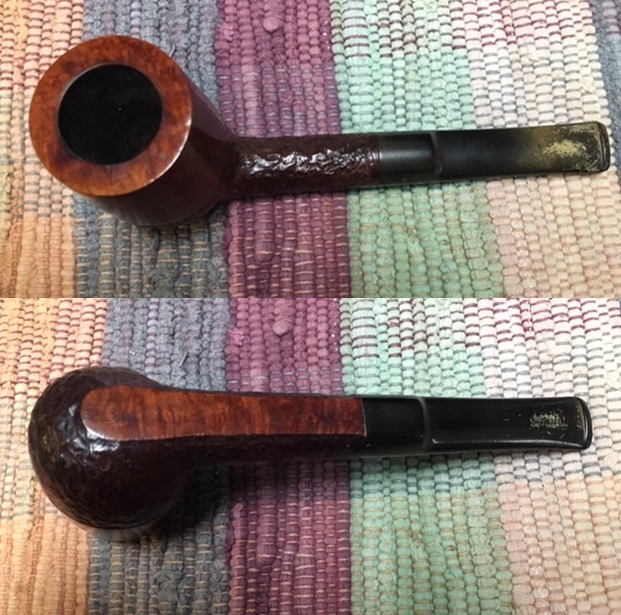 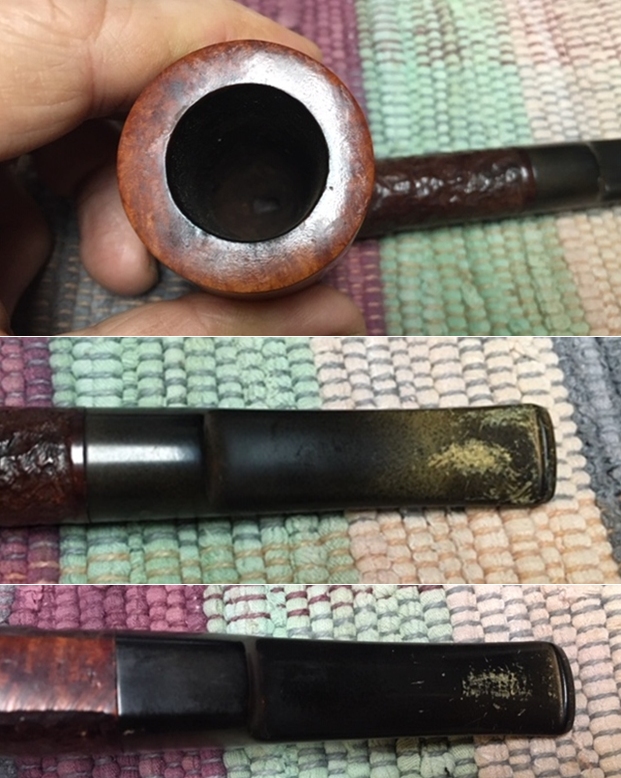 I took a photo of the stamping on the underside of the shank to show what I was speaking about above. It is very clear and readable. It reads 3999 followed by Can. Pat. stamp  372982 then Brigham in script.

I removed the stem from the shank to reveal the aluminum tube/tenon that held the Rock Maple Distillator. The distillator was stuck in the tube so I had to carefully twist it free with a pair of pliers. Once it was free you could see the grime and grit on the metal cap.

I turned to a chart that Charles Lemon of Dad’s Pipes sent to me on the patent era Brighams. There were made from 1938-1980. As the pipe I am working on is a Patent pipes, it’s more accurate to refer to its grade by name (the post 1980 grading scheme refers to Dots). Here is the  chart that Charles sent me. The pipe I am working on is thus a Brigham Exclusive with the brass pins arranged in a triangle. The pipe I have in hand has a 4 digit shape number.

It is helpful having this chart and getting a quick picture of where the pipe fits in the Brigham line. Now it was time to work on the pipe.

I reamed the bowl with a PipNet pipe reamer using the second and third cutting head to take the cake back to bare briar so I could inspect the walls. I cleaned up the remnants with a Savinelli Fitsall Pipe Knife. I sanded the bowl walls with 220 grit sandpaper on a piece of dowel to smooth them out and further examine them. I was happy that the walls looked very good. 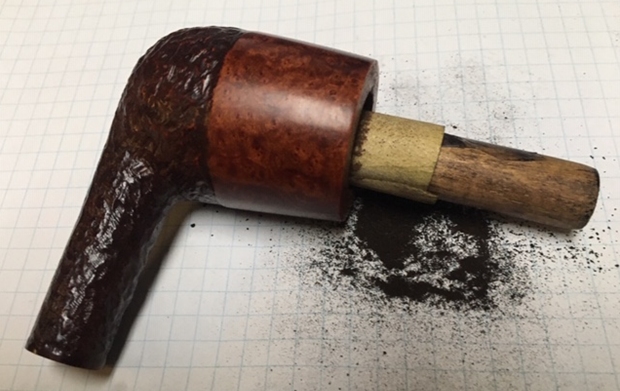 I cleaned out the mortise area and airway to the bowl and the interior of the metal tube and airway in the stem with pipe cleaners, cotton swabs and alcohol. 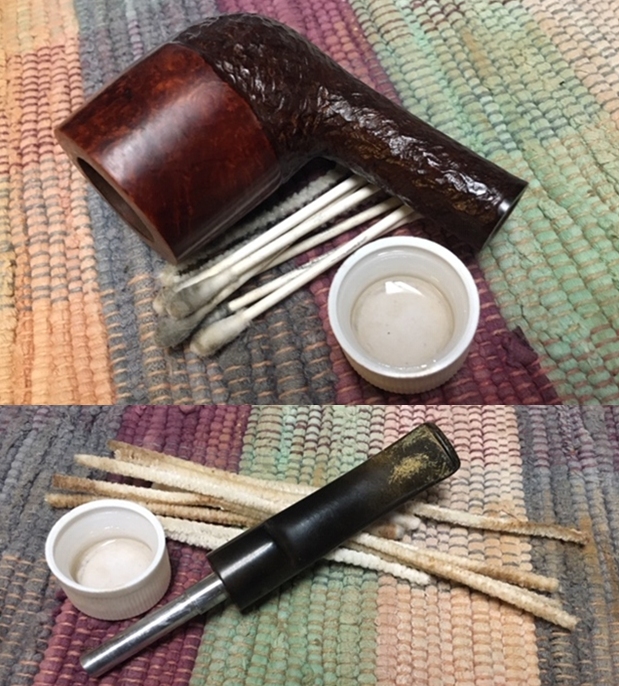 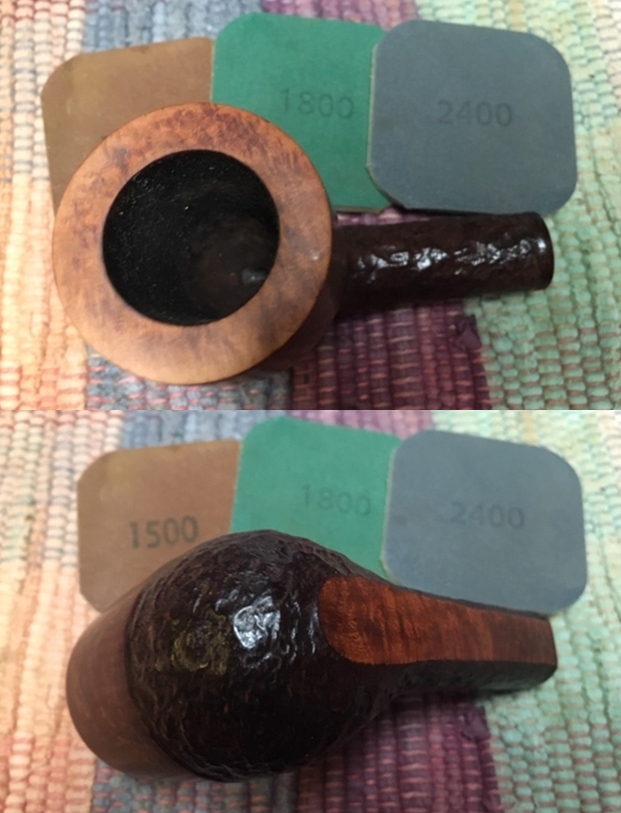 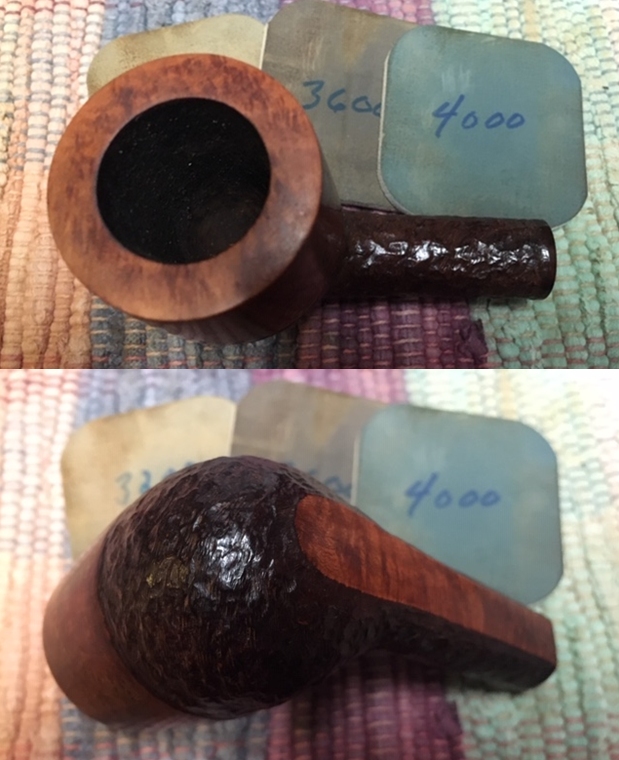 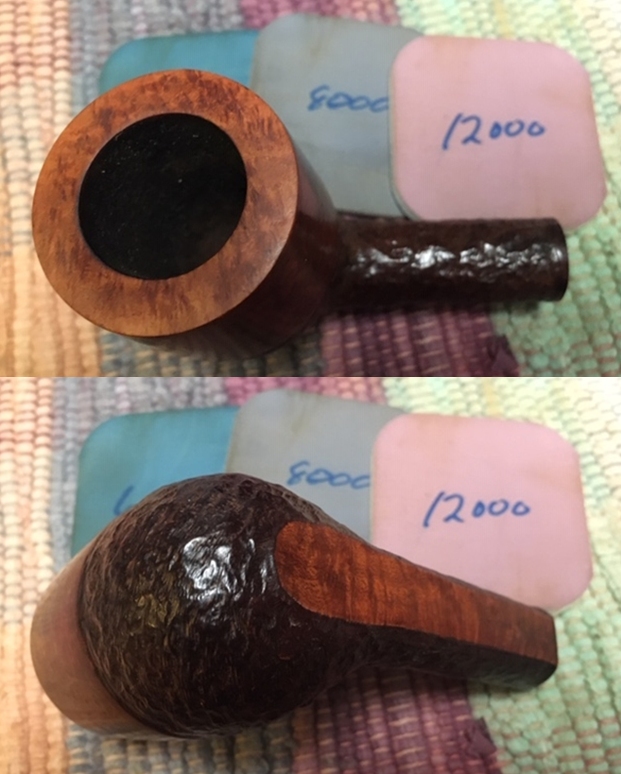 I rubbed the bowl and shank down with Before & After Restoration Balm. I worked it into the surface of the gourd with my fingertips and a horsehair shoe brush to clean, enliven and protect it. I let the balm sit for a little while and then buffed with a cotton cloth to raise the shine. Mark Hoover’s Balm is a product that I have come to appreciate and one I use on every pipe I have been working on. It really makes the grain stand out on this pipe. 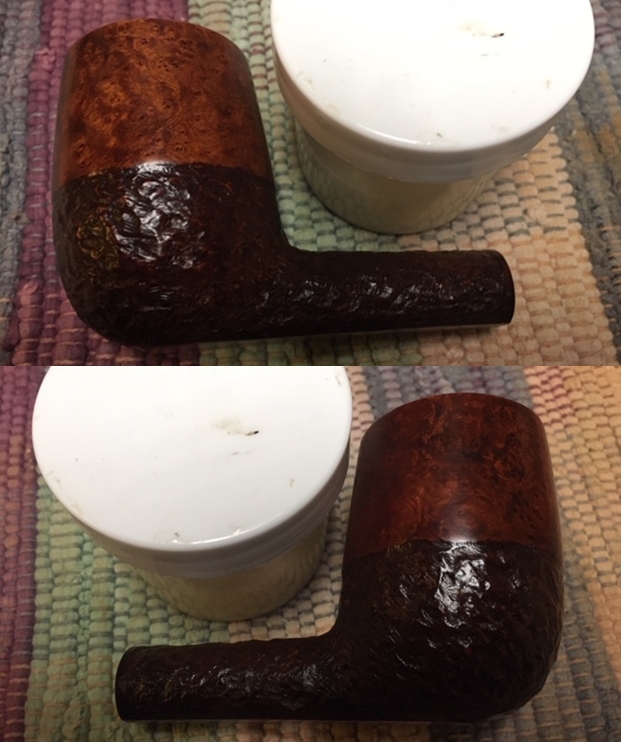 I polished the stem with micromesh sanding pads – wet sanding it with 1500-12000 grit pads. I wiped the stem down after each sanding pad with a cotton pad to remove the sanding debris.

Before I finished the last polishing touches on the stem I decided to fit it with a new Rock Maple Distillator. 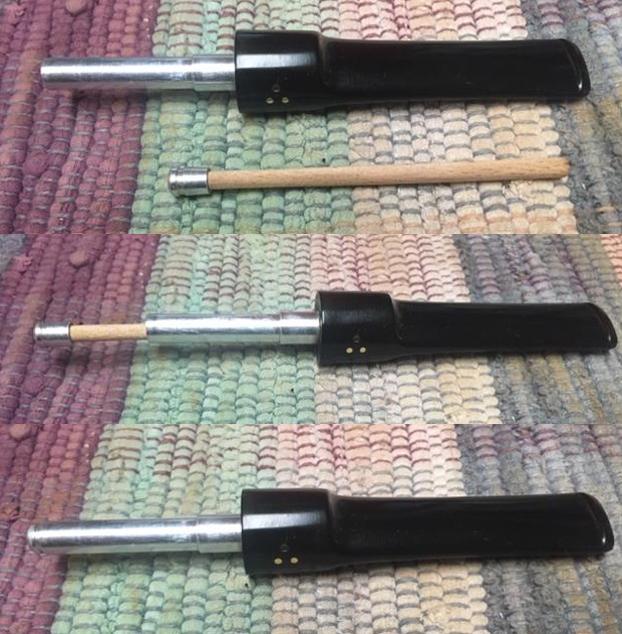 I finished polishing the stem with Before & After Pipe Stem Polish – both fine and extra fine. I finished by wiping it down with Briarville’s No Oxy Oil and buffing it to a shine.

I always look forward to this part of the restoration when all the pieces are put back together. I put the pipe back together and buffed it with Blue Diamond on the buffing wheel. I gave the bowl and the stem multiple coats of carnauba wax. I hand buffed the pipe with a clean buffing pad to raise the shine. It is fun to see what the polished bowl looks like with the smooth portion and the rusticated portion contrasting well and added to that the polished black vulcanite stem with the shining brass pins. This Brigham Exclusive Large Lovat (Billiard?) is nice looking and feels great in my hand. For a pipe this large it still light enough that it is one that could be clenched and smoked while doing other things as it is very light weight and well balanced. Have a look at it with the photos below. The dimensions are Length: 6 ½ inches, Height: 2 ½ inches, Outside diameter of the bowl: 1 5/8 inches, Chamber diameter: 7/8 of an inch. This is the third of the pipes sent to me from Eastern Canada for restoration. Once again I am looking forward to what the pipeman who sent it thinks of this restoration. Lots more to do in this lot! Thanks to each of you who are reading this blog. Remember we are not pipe owners; we are pipemen and women who hold our pipes in trust until they pass on into the trust of the next pipeman or woman. 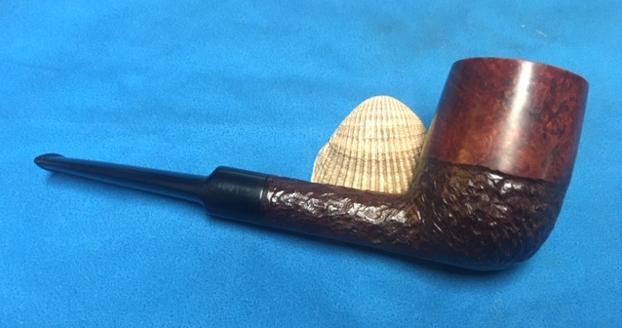 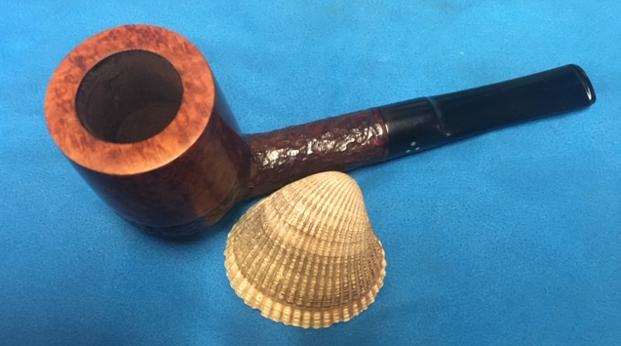 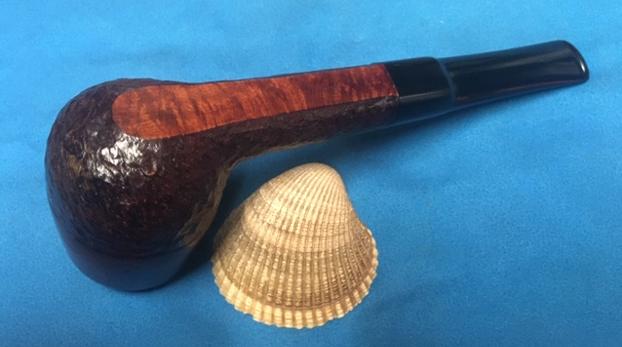 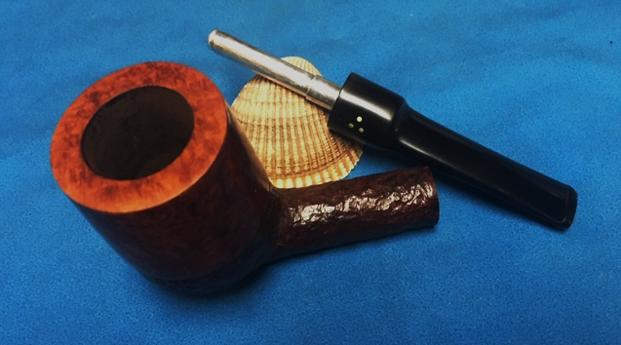 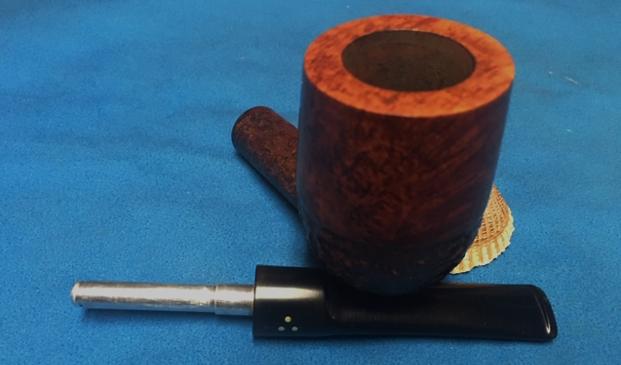