I finished the first pipe in the cased set of meerschaum pipes and holders made by Aristocrat (https://rebornpipes.com/2019/07/21/restoring-an-old-cased-set-of-aristocrat-meerschaums-part-1/). This set included a straight billiard, a bent billiard a cigar holder and a broken cigarette holder. All were smooth meerschaum with red Bakelite or Redmanol stems. All had bone tenons directly screwed into threaded mortises in the meerschaum. There was no stamping on the pipes and holders or the stems. The box itself was covered in what looked like alligator skin with brass hinges and clasps. On the inside the case was lined in an off white preformed velveteen fabric. There was a corner ribbon across the left side of the lid that read Aristocrat. The straight billiard had been smoked pretty heavily and there was a cake in the bowl and the rim top had a thick lava coat. The exterior of the bowl was dirty. The stem had tooth marks and chatter on both sides near the button. The second pipe – the bent billiard was unsmoked but dirty with dust and debris of time. The cigar holder had been lightly smoked and there were tooth marks and chatter on in near the button. The cigarette holder was broken and two parts and the stem remained. There was a missing piece from the front of the holder. It was unused and broken.  I took photos of the case and the pipes and holders before I started my work on it. Now it is time to work on the cigar holder.

I took photos of each of the pieces in the collection. I cleaned up the straight billiard on the left side of the photo above and have written the blog on it (https://rebornpipes.com/2019/07/21/restoring-an-old-cased-set-of-aristocrat-meerschaums-part-1/). Give the blog a read and you will see the story of the restoration. The next piece I chose to work on was the Aristocrat Cigar Holder shown in the photos below. It had also been smoked – lightly but still it was used. There was some darkening in the bowl and the stem had a lot of  tooth marks and chatter on both sides at the button.

I am leaving the information on the brand in case you have not read the background info in the first blog. From what I could find on Pipephil’s site I found a listing for Aristocrat linking it to John Redman Ltd. in England (http://www.pipephil.eu/logos/en/logo-a7.html). The site says that it was an export brand from the company. In looking at the various stampings in the photos below I found that the Aristocrat stamping on the ribbon on the case above matches the second and third photo below.

The photo below was a link on the site that took me to a photo of the John Redman LTD. and British Empire Pipe Com on Westland Place, Hackney, London, England. I think it is a nice historical touch to be able to include the photo.

I turned to Pipedia (https://pipedia.org/wiki/John_Redman_Ltd./British_Empire_Pipe_Co.) to see if I could learn a bit more about the company. I quote the full article below:

From these two sources it appears to me that this set of meerschaum pipes and holders was made for export by John Redman Ltd. I am not sure of the date as neither source gave clues to that information.

Given the information that I have in hand, I decided to start the restoration work on the cigar holder as it was the second piece in the set that had been smoked. I decided to continue experimenting with a new product from Mark Hoover of Before & After Products. This one is a product he labels briar cleaner and it has the capacity of absorbing grime and dirt from the surface of briar. I decided to try it out set of meerschaum pipes and holders. I rubbed the meerschaum tip down with some of his Briar Cleaner to see how it would work in this setting. In speaking to Mark he noted that the product is completely safe to use. The main product is even FDA approved edible. I rubbed it onto the bowl and rim top with my finger tips and worked it into the grime and grit on the bowl. I let it sit on the pipe for about 5 minutes before I rubbed it off with a microfibre cloth. I rinsed it under warm running water to remove the residue. I was pleasantly surprised by how clean the surface on the bowl looked when I was finished. 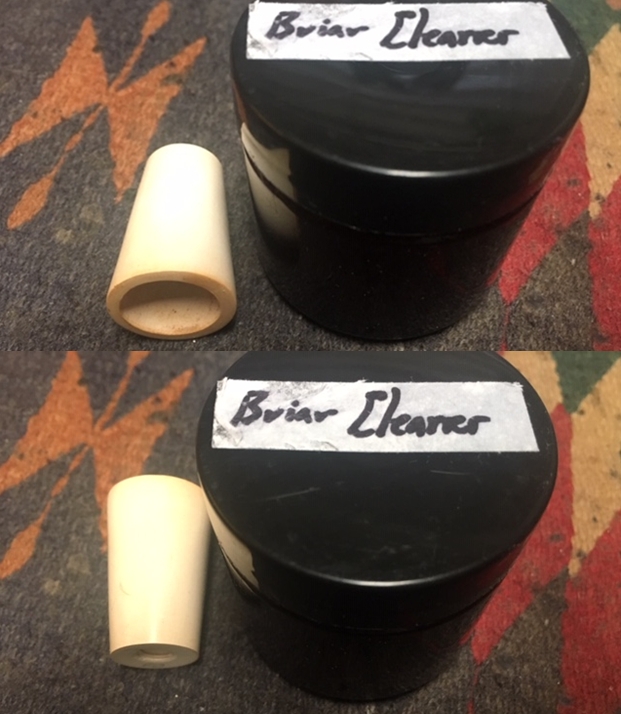 Since the cleaner had worked so well on the other meerschaums I decided to try out the Restoration Balm on this meerschaum cigar holder as well. I rubbed the bowl down with Before & After Restoration Balm. I worked it into the meerschaum and let it sit for a short time. I buffed it off with a microfibre cloth to bring it some life. Once again I was very surprised at how well it worked. I sent Mark Hoover a note about this experiment. He was pretty amazed at the results and said he had not thought of using it for meerschaum but was not surprised as it was made to absorb grit and grime from the surface of meerschaum.

I cleaned out the internals of the airway in the cigar holder and the stem. I used alcohol, cotton swabs and pipe cleaners to remove the grime. There was not much grime and it cleaned up quickly.

I put the meerschaum holder and stem back together. I polished the cigar holder with Blue Diamond to remove the remaining minute scratches in the briar and the Bakelite. I gave the holder and stem several coats of Conservator’s Wax and buffed it with a clean buffing pad to raise the shine. I hand buffed it with a microfiber cloth to deepen the shine. It polished up pretty nicely. The contrast of the beautiful clean meerschaum with light colouring of age and the polished red Bakelite/Redmanol stem looked amazing. This older, beautiful, well made Meerschaum Cigar Holder will only get better with age. The finished holder is shown in the photos below. The dimensions of the pipe are Length: 2 5/8 inches, Height: 1 inches, Outside diameter of the bowl: 3/4 inches, Chamber diameter: 1/2 of an inch. This is the second piece from the Aristocrat set in the photos at the beginning of this blog. The restoration of the remaining pieces in the set – the other pipe and the broken cigarette holder will be shown in future blogs. Thanks for walking through the restoration with me. Cheers. 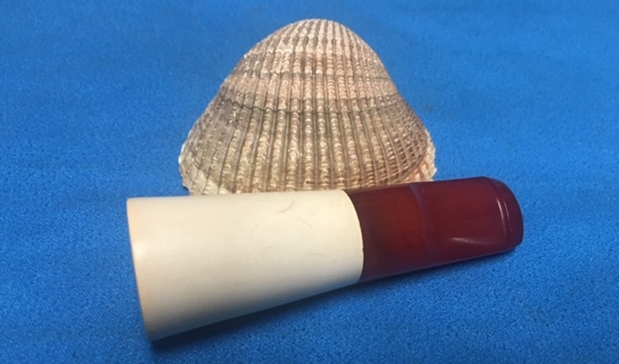 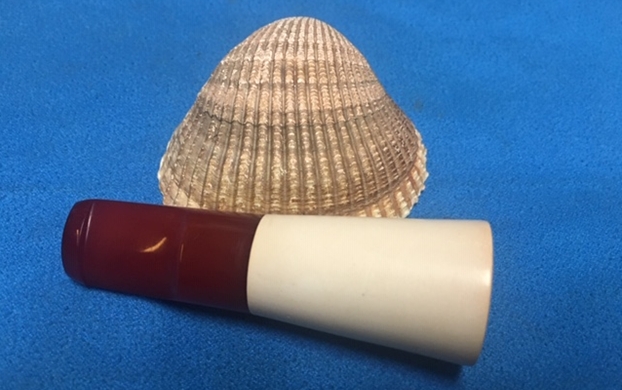 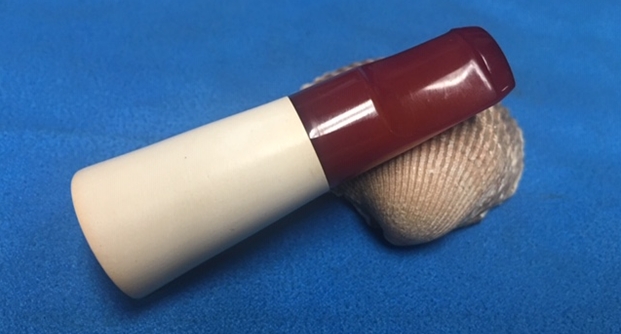 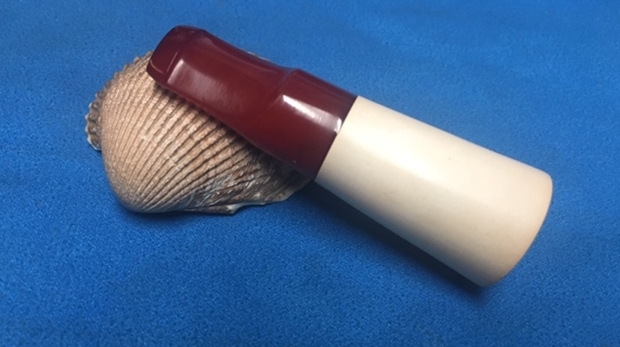