My brother called me about a pipe he had found at a local antique mall. It was stamped GIANT in a Diamond and 3 on the shank. There was not any other stamping on the shank of the pipe. The stem bore the stamping SOLID on the underside next to the shank. The pipe was caked and the rim had some buildup but other than dirt in the grooves of the rustication the pipe was in decent shape. The stem was lightly oxidized with minimal tooth chatter at the button on the top and bottom sides. The button had an orific opening instead of a slot. The rubber on the stem was very hard according to him. I did a bit of hunting on the brand and could find nothing on the web. He picked it up and sent it my way. I forgot to take pictures of the pipe before I worked on it. The first picture below is when I finally was able to remove the stem. It was stuck tight in the shank. I carefully worked it until it came out. 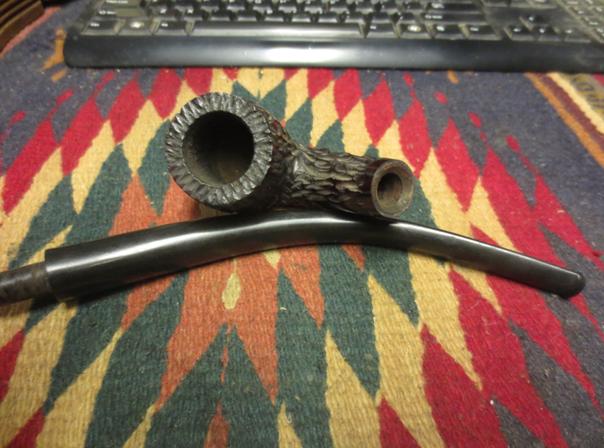 I took a photo of the stamping on the bowl to see if any of you might have some information on the brand.

I reamed the bowl with a Savinelli Pipe Knife and took the cake back to bare briar. You can see a bit of the size of the bowl from the way the knife is dwarfed inside. The measurements on the Giant are: length 11 inches, height 2 ½ inches, diameter 1 ½ inches, chamber diameter 1 inch, and chamber depth 2 inches. It is a big pipe. 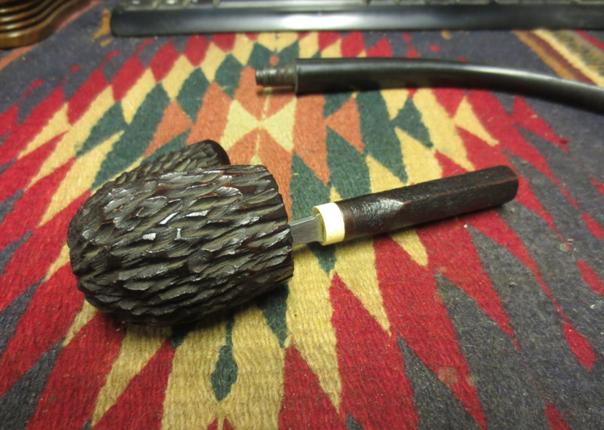 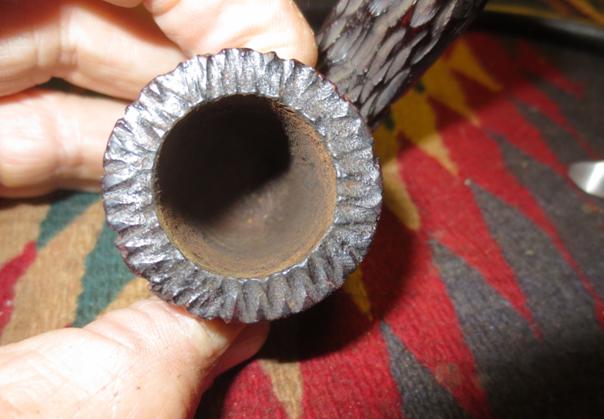 I scrubbed the rustication with a tooth brush and Murphy’s Oil Soap and the rim with the soap and a brass bristle brush. I rinsed it under tap water to remove the soap.

The mortise has a sump to collect moisture and it was filled with tars and oils. The airway is above the sump much like a Peterson system pipe. I cleaned the sump and mortise with alcohol and cotton swabs and the airway with pipe cleaners and alcohol. The stem was the length of two pipe cleaners so I cleaned it from both directions. I cleaned the tenon to remove the buildup that had held it stuck in the shank.

I took a photo of the stamping on the underside of the stem as I had not seen this before. It reads SOLID.

I gave the bowl a coat of Conservator’s Wax and buffed it with a shoe brush to raise the shine. I buffed the stem with Blue Diamond and gave it multiple coats of carnauba wax. I buffed it with a clean buffing pad and then hand buffed it with a microfibre cloth. The finished pipe is shown in the photos below. I have an Aussie friend in Alberta who fell in love with this pipe when he was visiting here. I am heading to Alberta to see him and will hand deliver it to him tomorrow. I think he is going to enjoy this old timer. It should work well for him while it is in his trust. Thanks for looking. 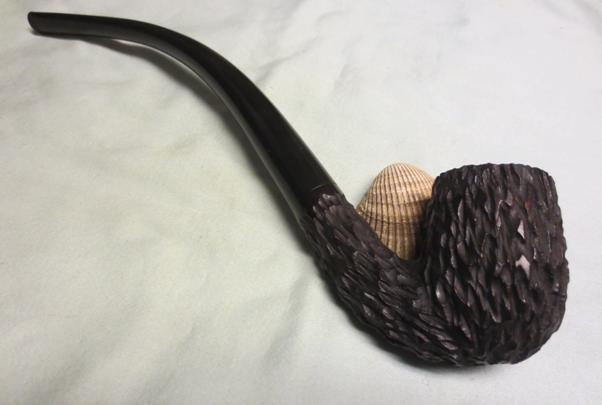 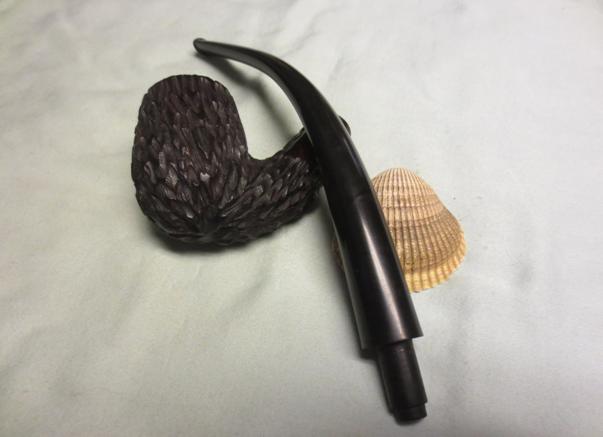 Mark has written about some interesting releases from Peterson including this 135 Year Anniversary pipe for James Fox Tobacconist. 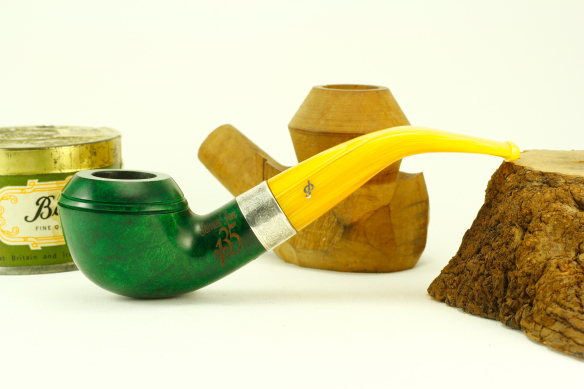 This year the world’s oldest family-run tobacconist, James Fox, at 119 Grafton Street in Dublin, celebrate their 135th anniversary. In addition to the release of a limited edition cigar humidor and commemorative whiskey, they decided to release a special pipe: a Peterson, of course.

So back in January, David McGrane, the Managing Director for the past 45 years, and Yiorgos Manesis, also of James Fox, met with Conor Palmer (Commercial Director at Peterson), Tony Whelan, Jr. (Factory Manager) and Jonathan Fields (head of Bowl Turning at Peterson) to create the prototype for the James Fox 135th Anniversary Pipe. 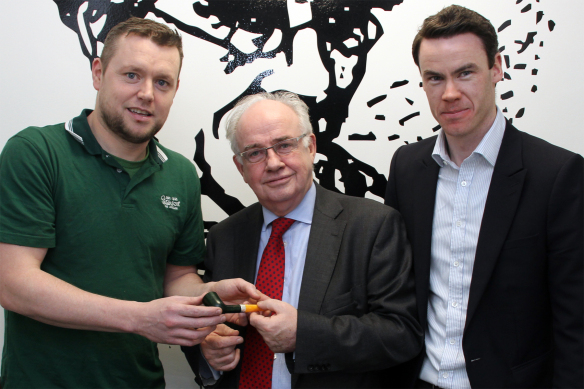 “Our main goal,” says Yiorgos Manesis, “was to create a unique pipe that would mark our long-term relationship with Peterson as well as underscore our Irish heritage. After talking our ideas through with Conor Palmer and having a few samples made, we settled…