This past weekend my wife, eldest daughter and I visited Victoria, British Columbia. On such visits in the past I had always stopped by the Old Morris Tobacconist Shop to pay homage to this long standing icon to old time tobacco shops. The last few times I had been there though I was very disappointed at how the shop had become a mere shell of its past and had turned into a high end gift shop. It was quite sad. This time I had no intention of visiting the shop and feeding that disappointment some more. Something new had to be found to replace that stop.

I did a bit of research on the web and through friends and decided to visit Goodfellas Cigar Shop which was quite literally not far from the Old Morris Shop. I had heard good things about the shop and had been told that they carried pipe tobacco and a few pipes. I found out that they had two shops in Victoria and since I was downtown I decided to visit the downtown shop on Store Street. I had no idea what to expect when I got to the place in spite of spending some time on the website looking at photos. My past experience with cigar shops has always been that pipes were a mere after thought and not a big part of the store. The website did show that at least Goodfellas carried a wide range of tobacco blends – both tinned and house bulk blends.I was excited to see if they aslo had a similar range of pipes for sale.

My wife and daughter went to do a bit of shopping and I headed to Goodfellas. When I opened the door the bell sounded to let the proprietor know I was there. I looked around the shop and got a quick look at what was available. There was a wall of tinned tobacco behind the counter that had blends by McClellands, and those bearing the Petersons, Solani, Dunhill, Erinmore, Reiner, Davidoff labels. The tinned blends were mainly Virgina, Virginia-Perique, Balkan and English. There were also several shelves of jarred tobacco that housed bulk blends by Lane and McClelland and had a wide range of aromatics and a few English and straight Virginias. There were humidors of cigars on several walls that had a wide selection. There were personal humidors and humidor supplies for the individual humidor. There were also several display cases of pipes including Petersons, Stanwells, Dunhill and Chacom. The selection appeared to be quite wide.

There was one staff member, James, on site at that time and he was helping several people who were buying cigars and cigarettes. He seemed knowledgeable of the cigars that the shop carried and genuinely interested in serving the customers. I did a quick walk through the small corner shop taking in the sights. I asked some pipe questions when the opportunity arose. My questions were all designed to assess whether I was talking to a cigar man or a pipe man. To my delight he was a pipe man. Not only was he knowledgable about pipes and tobaccos but he smoked a pipe and an occasional cigar not the other way around.

To say that I was impressed is to put it mildly. This was truly a tobacconist and not a gift shop. They had all of the necessary pipe and cigar paraphernalia and a few glass pipes. I walked through looking at the pipes that were offered and found some nice ones. I asked about the Dunhill’s that they had advertized and was told that they had had problems with the display case being broken into and Dunhill items being stolen so they had put them away for the time being. The Petersons, Stanwells, Chacom pipes that they carried were in glass topped display cases that were well lit and nicely arranged. Pipe tampers, lighters, pipe cases etc. were all on display and accessible for the shopper. The same was true of the cigar cutters, punches and travel cases and humidors. There was a wide range of both pipe and cigar items available for purchase.

The next two photos show the Royal Oaks Store. They have a large walk in humidor and did have a smoking area at that location until health authorities ordered its closure. I have that one on the list to visit next time I am over in Victoria.

When I googled the shop on line, I enjoyed reading through the descriptions of the house blends of tobacco that they sold in bulk. I thought it would be good to put a list of their bulk blends in this article.

I picked up some of the House Tobacco Sunday Morning – it was billed as a crossover blend between English and Aromatic tobaccos. It contains Cyprian Latakia balanced with a light aromatic tobacco. The blend smelled good and when I smoked it my wife commented on the room note. I also smoked a bowl on my front porch and a fellow commented as he walked by about how good it smelled. It is a bit too aromatic for my usual smoke but it is a good smoke to fire up with non-smoking company. The smell of the burning tobacco brings good comments from those passing by and seems to bring back memories of fathers, grandfathers and good friends who smoked pipes. 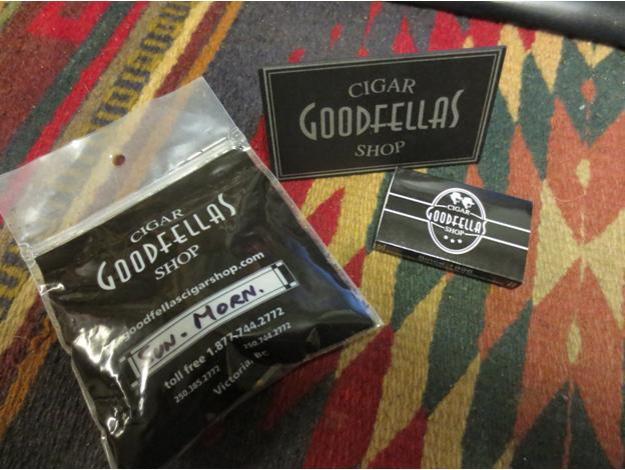 Here is the contact information and addresses for both of the Goodfellas Cigar Shop locations. If you are ever in Victoria, BC I would encourage you to stop by for a visit and enjoy the conversation and the atmosphere of a great shop. Thank you Goodfellas for keeping the tobacconist tradition alive. 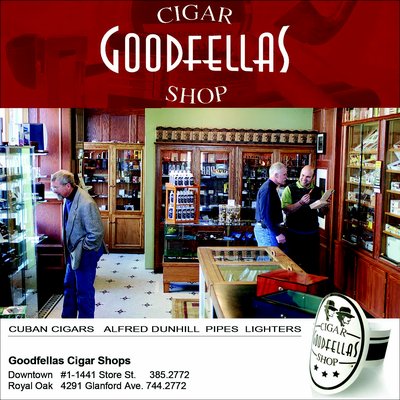