A couple of weeks ago I received an IM from a Facebook friend; he’s a pipe collector and reseller. He attached the following photos of an acrylic stem with a hole in the underside. 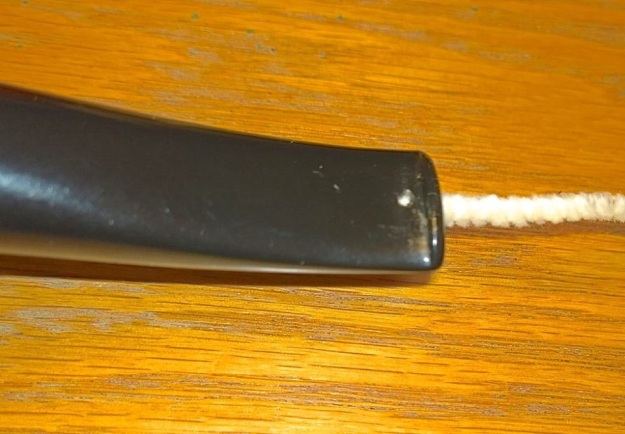 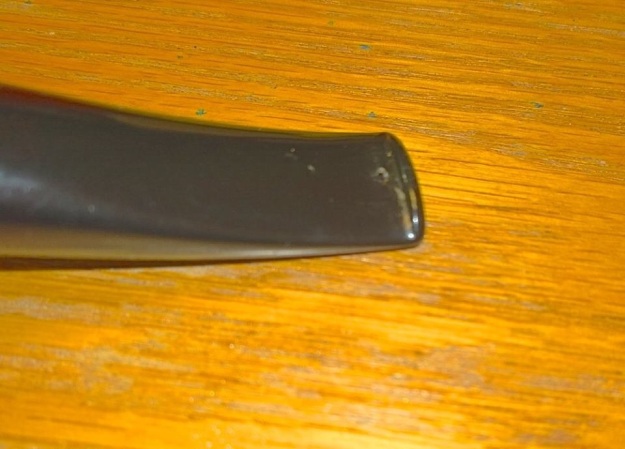 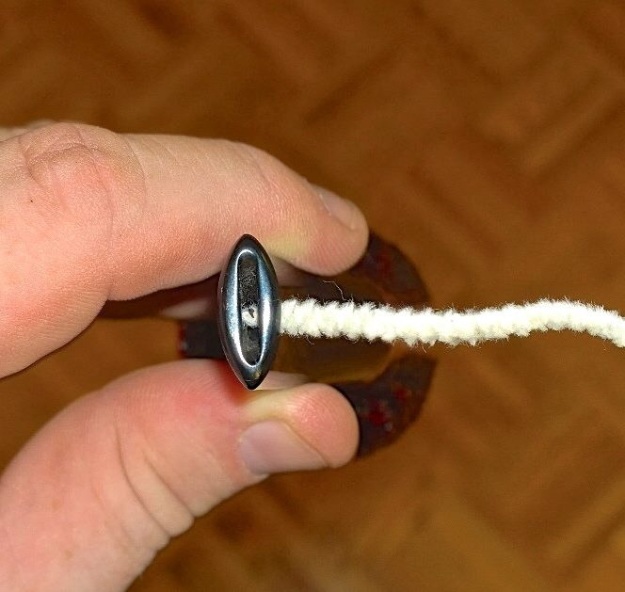 He had seen photos of some of my work bad wanted to know if I could repair this stem for him; he said the top of the stem and the stummel were pristine and this was the only problem with the pipe. I said I could fix it so he told me the stem would be in the mail in a couple of days.

A week later I found a box in the mail from a sender I didn’t recognize and I wasn’t expecting any packages so I was eager to see what was inside. When I opened the box I found a beautiful large Radice (I forget the model name and didn’t remember to photograph it) inside – with a big hole in the stem; apparently the seller sent the pipe directly to me first and, after repairing it, I would forward it to my friend.

The hole was larger than it appeared in the pictures. And it was a bit “ragged”, too. So I picked it with my dental pick and smoothed it with a round needle file to have a good surface to work with. I bent a pipe cleaner to make it triple-width to fit the slot and greased it with vegetable shortening; I’ve had trouble with petroleum jelly in past not keeping the glue in place real well and have started using the shortening instead.

I began by applying a drop or two of black super glue to the hole an pd then setting it aside to cure; it was going to take several layers to fill this hole so it would be a waiting game. Later that evening I applied a few more drops and left it overnight to cure.

In the morning I found the patch had shrunken, as expected, and needed more glue. I applied two more patches that day, once in the morning and another that evening and allowed it to cure overnight again.

It was at this point I began to have some fairly dramatic vision problems due to diabetes, which I’d been recently diagnosed with. (More on that can be found here if you are inclined to read about it.) So I sent my friend a message telling him what was going on and it might be several more days before I could finish the repair. His reply was no problem, make sure I took care of me first.

Several days later my son and I stopped into the local Hobby Lobby to pick up some new micro mesh pads. As we browsed I found a small “spray bottle” labeled adhesive accelerator; I immediately wondered what kind of adhesive it was for and began to read the label, with my son’s help, since my vision was still not clear. It was for most glues so I thought it might be a similar product to Stewart-McDonald’s super glue accelerator – but only $3.99 – so I bought it. I was now even more anxious to work on that Radice stem!

I experimented on an old stem, vulcanite, with a large hole first, not wanting to “play” with someone else’s pipe. The results were great: the super glue set up hard in about 15 minutes and it looked just like it normally would, with no adverse effects from the overspray. Next I’d try it on the Radice.

It was, indeed, a few more days before I could see well enough, long enough to work on the repair. I sprayed the patch with the accelerator, applied the final drips to the patch, sprayed it again and set it aside for 30 minutes. I then filed, sanded (220/320/400/600 grits) and wet-polished with micro mesh 1500-12,000 grits, a final polish with McGuire’s Scratch X 2.0 and hand waxed and buffed the stem with Halcyon II wax; I don’t like buffing acrylic stems, especially when they aren’t mine and are expensive! This is the final repair: 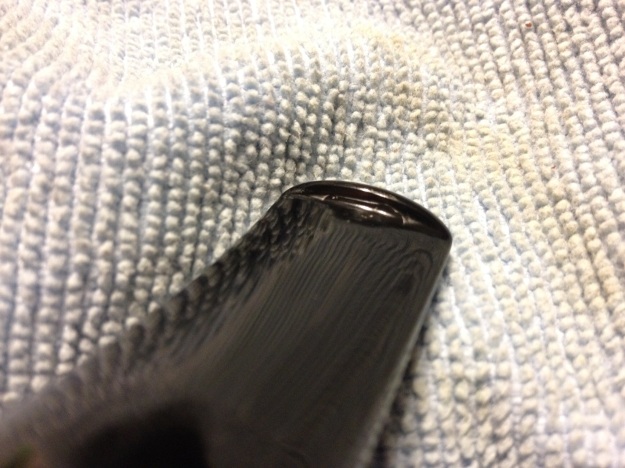 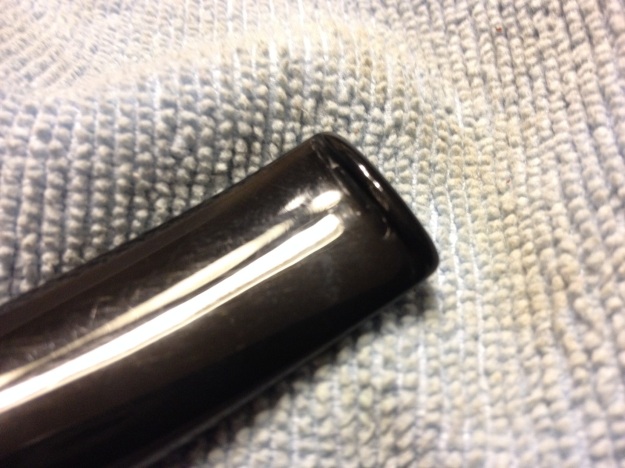 He is thrilled with the results, as am I. And I’m even happier to find a local source, and less expensive alternative, for the accelerator. If you have a Hobby Lobby nearby you, I highly recommend you grabbing a bottle and giving it a try; you’ll save yourself a lot of time and a few bucks to boot. 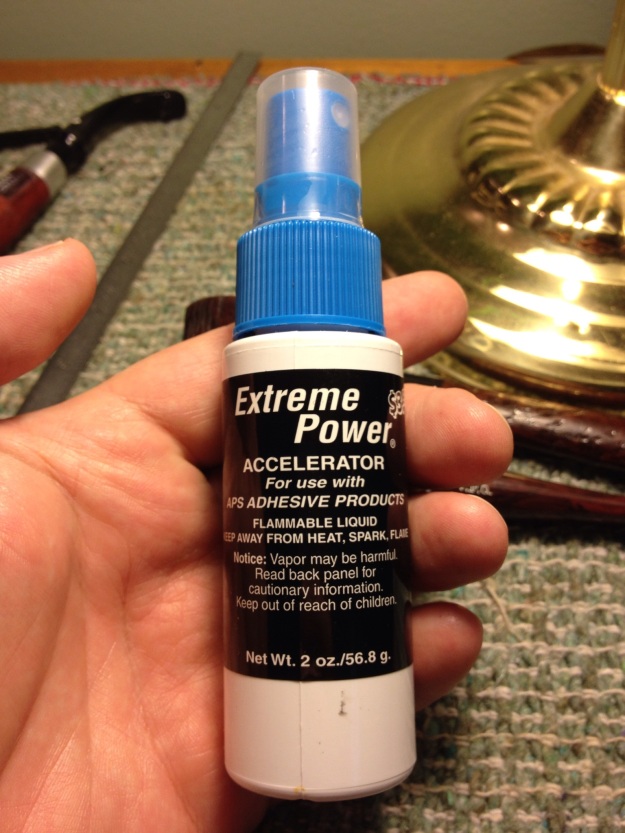