Joey has been a reader of the blog for a while now. Then about a month ago now I received and email from him with some questions on an old pipe he had picked up. It turned out to be a WDC bulldog that was in rough shape. We exchanged a few emails and over the course of reworking that old-timer I could see that Joey was hooked on this hobby! I invited him to do a write-up on some of his work and post it here for others to be encouraged and challenged. Last evening he sent me this article on an old Schulte deLuxe that through his efforts had been reborn. What follows is his article and photos. Thank you Joey for taking the time to write this up and send a copy to me. It is great to have you posting on the blog as a writer. Enjoy his work readers.

Hello all. Just dipping my toes into the pipe refurbishing world. I’ve been reading the posts here obsessively for a while now and couldn’t resist trying it for myself. I’ve always loved restoring things whether it’s, old bikes, cars or motorcycles. All the way to obscure things like pens and sewing machines. So it was a natural move into this. Hopefully I won’t bore you. At the very least you’ll be able to see the difference between and amateur like me and the real deal like Steve and Greg.

I recently bought a few estate pipes off eBay. Most were in such great shape they didn’t need anything more than a spit shine. A few I used as practice. Trying out different techniques I’ve read here and see what I like the best. This weekend I went to a flea market and grabbed a bunch of old cheapos that were laying in a box for a few bucks. Figured I’d get more practice and this time actually take pictures. 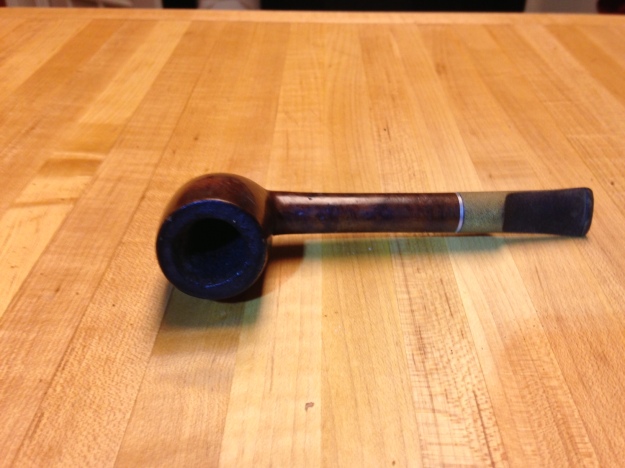 I grabbed the Schulte deLuxe first as that one seemed like it would be the easiest. First I soaked the stem in an Oxy Clean and water solution (no real ratio. Just about half a tbs to 3/4 water. But really just guessed) to bring out the oxidation. Then I wet sanded it with 1500 grit sandpaper (all I had. Would have been easier to work my way up to that but I just went with what was here) until all the oxidation was removed. After a little elbow grease I took it over to the polishing wheel (Ryobi bench grinder with two 6″ polishing wheels) and hit it up with some red rouge. Working it back and forth until it had a nice smooth shine. Then moved to the other wheel with Eastwood Supply’s version of White Diamond. Working it with a much gentler touch. Wiped off the residue and voila. Better than new.

I moved onto the bowl. This time I decided to try wet sanding the bowl just to see what would happen. I hypothesized that a quick wet sand might just remove the grit and grime. Turns out it quickly moved right past that and into the stain. I probably won’t do that again unless the bowl needs serious work but it was worth a shot. Wet sanding did work well on the top of the bowl to remove the tar. Much quicker than the spit shine method. 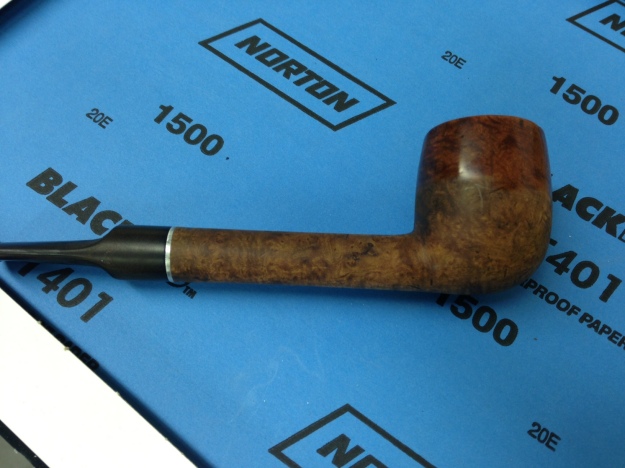 You can see how one turn on the bowl with the red rouge turns the wet sand into a nice shine. Probably my favorite part of this whole thing is when you break it all down to its base and start to rebuild it. 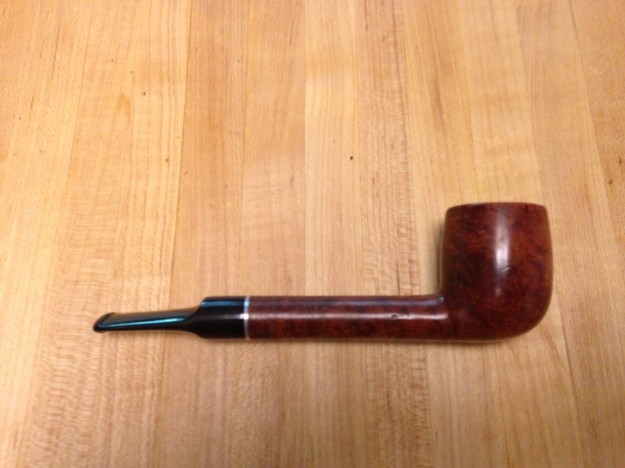 I did the same to the bowl as I did to the stem. Took about an hour on the wheel for both. And I’m pretty happy with how it turned out. I have yet to polish them with any wax to keep the shine up. I just haven’t picked any carnauba wax up and I’ve noticed the super bright shine dulls after a few days so I’ll be sure to grab some wax ASAP.

If you’re reading still thanks and I hope this helps anyone who is just getting started.

11 thoughts on “A Schulte deLuxe Reborn – by Joey Bruce”