The next pipe on the table is another one from our recent trip to Alberta. In the lot of pipes that we picked up there were a lot of interesting pieces that were new to me. Some of them were brands we were familiar with and some were pipes that were unknown and unidentifiable. But if you are a pipe hunter you know the feeling when you are holding a particular pipe, no matter what the brand and it just speaks to you. That is what happened with this next pipe. It was in a display case at an antique mall in Edmonton. The shape of the pipe, the rugged sandblast and the contrasting brown stains that highlighted some unique grain called my name. The stamping on a smooth panel on the left side of the shank read Big Ben over Crosley over Made in Holland and on the underside at the stem shank union it was stamped with the shape number 534CR. It had a craggy sandblast that was quite stunning. I have drawn a red box around the pipe at the top of the column on the right. 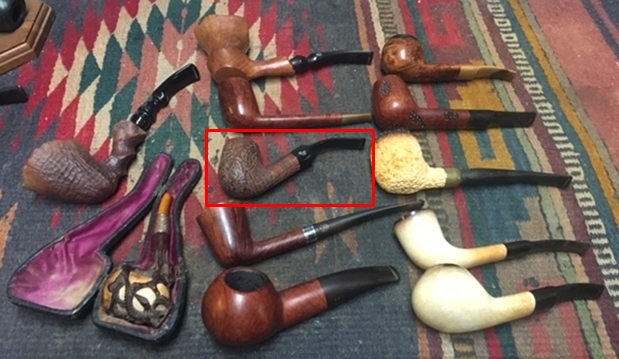 The grain under the dirty sandblast finish was a combination of swirls and birdseye. The rim top was very clean and there was no cake in the bowl. The inner and outer rim edges looked very good. The finish was dirty but still in good condition under the grime. The high grade vulcanite stem was clean and there was a TV logo in gold on the stem. It had some tooth marks and chatter on both sides near the button. I took photos of the pipe before I started my cleanup work. 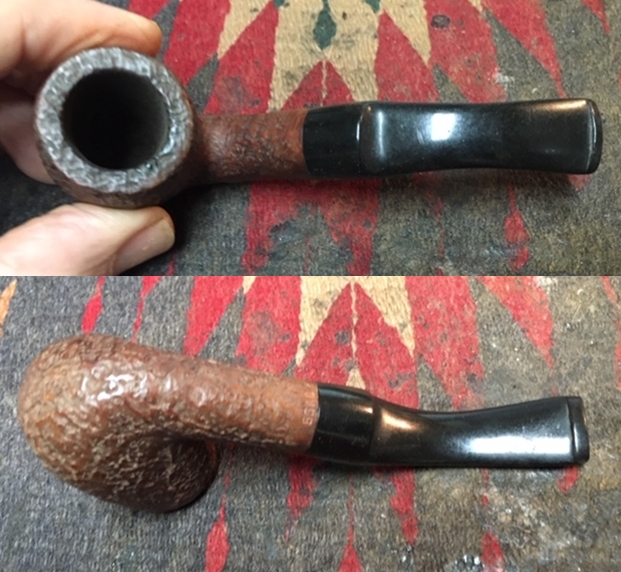 I took some photos of the stamping on the shank. The first photo shows the Big-Ben Crosley Made in Holland stamp and the white TV stamp on the left side of the  saddle stem. The second photo shows the shape number 534CR on the underside of the shank at the stem/shank junction.

I took the stem off the shank and there was a 9mm filter in the shank. The photo shows the 9MM tenon and the dirty Big Ben Filter that was still in the pipe. You can also see the tooth chatter on the underside of the stem and the grime in the grooves of the deep sandblast on the side of the bowl.

Before doing cleanup work on the pipe I decided to do some research on the pipe. I looked first on the Pipephil website and found some information on the TV stamp on the left side of the saddle stem. I did a screen capture to show the same logo on a Big Ben Challenger pipe (http://www.pipephil.eu/logos/en/logo-bigben.html#challenger). There was no listing for the Big-Ben Crosley line.

I turned to Pipedia (https://pipedia.org/wiki/Big_Ben) and read the section on the brand prior to the buyout by Gubbels & Zonen B.V. I quote:

The brand name Big Ben was originally owned by a small trade company in Amsterdam which was already well established in several countries selling pipes among other goods. The firm was bought by Elbert Gubbels & Zonen B.V. – see Gubbels – who were in search for a suitable brand name to further expansion on international markets. Big Ben became Gubbels’ mainstay brand with its own website.

I turned to the section on Pipedia on Gubbels (https://pipedia.org/wiki/Gubbels) to draw some background. I quote a pertinent section of the article that describes the acquisition of the brand from Big Ben in Holland.

…The production grew steadily but it showed now that an “international” brand name was required for further expansion on international markets – obviously no one cared too much for pipes made in the Netherlands. Feeling that the time involved to get a new brand established was too lengthy, Mr. Gubbels bought a small trade company in Amsterdam which owned all the rights to the brand Big Ben and was already well established in other countries selling pipes among other goods. A real happenstance – Gubbels products could be marketed now in all European countries, the USA, Canada and many other countries, and nowadays they can be found in almost every country world-wide.

In December 1972 the company opened new and very modern factory in Roermond at Keulsebaan 505. With the official opening by the Governor of the Province of Limburg, the Gubbels company was, on behalf of Her Majesty Queen Juliana of the Netherlands, granted the title “Royal” so that the official name became: Elbert Gubbels & Zonen – Koninklijke Fabriek van Tabakspijpen (Elbert Gubbels & Sons – Royal Dutch Pipe Factory). In honour of this title, a new brand was designed and named Royal Dutch. This brand was also created, to negate the belief that Big Ben was of English origin.

At the end of the 1970’s, there were only two briar pipe factories in the Benelux countries: Gubbels in the Netherlands and Hillen in Bree, Belgium. When the latter encountered major financial difficulties in 1980, Gubbels bought the company together with its brand Hilson – a well established brand, which was selling better on the most important German market than Gubbels’ mainstay Big Ben. The factory in Bree was closed soon, so Gubbels is presently the only briar pipe producer in the Benelux countries. (Exept less than a handful of pipemakers!)

I now knew a lot about the company and what it stood for but I still did not clearly know if it was a pre-Gubbels pipe or after the purchase. Ah well, it is an interesting brand nonetheless. I turned now to work on the pipe. I scrubbed the exterior of the bowl with Before & After Briar Cleaner. I worked it into the surface of the briar with my finger tips and a tooth brush to get it into the nooks and crannies of the blast. I let it sit for a short time to absorb the grime. I rinsed it down under warm water to remove the grime debris that was collected in the cleaner. At the same time I used a tooth brush to scrub out the inside of the bowl and rinsed it. I dried the bowl off with a soft cotton cloth and lightly polished it. 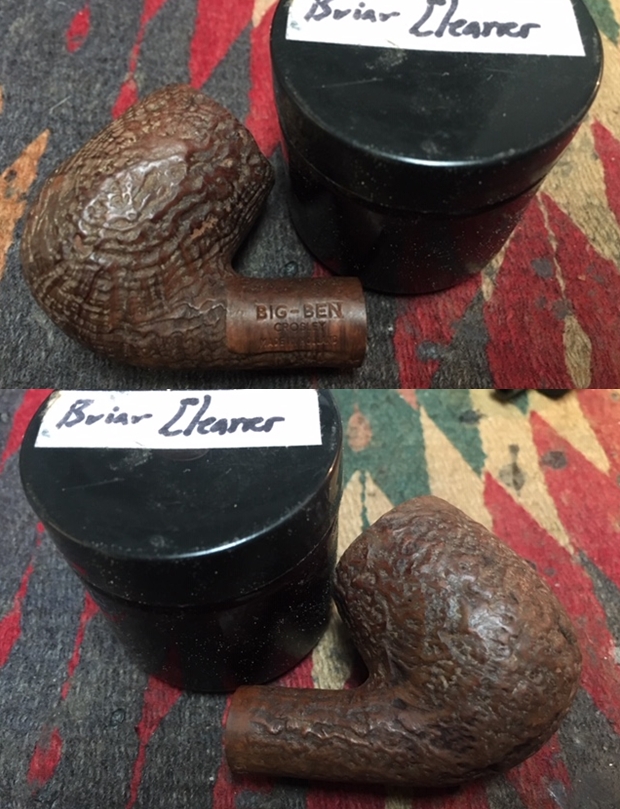 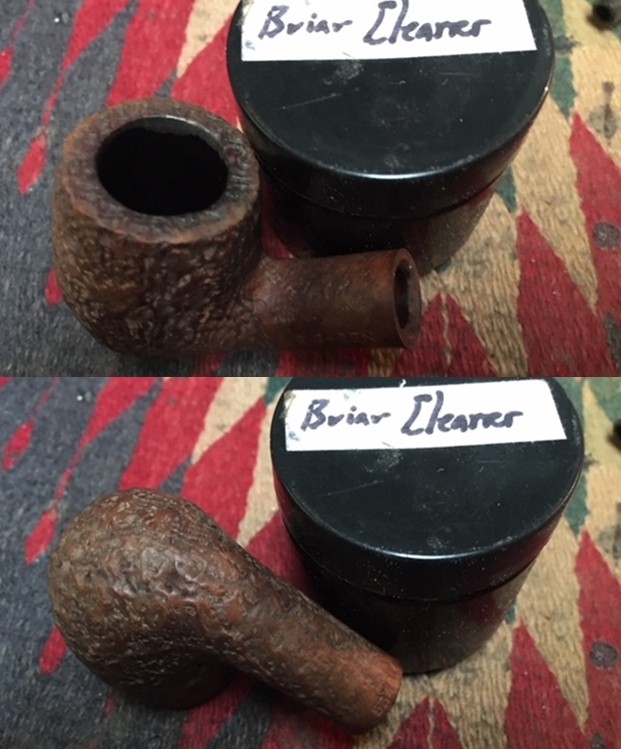 I worked some Before and After Restoration Balm into the surface of the briar. I rubbed it into the briar with a horse hair shoe brush to restore, preserve and polish the briar. I let it sit on the bowl for about 10 minutes and buffed it off with cotton cloth. 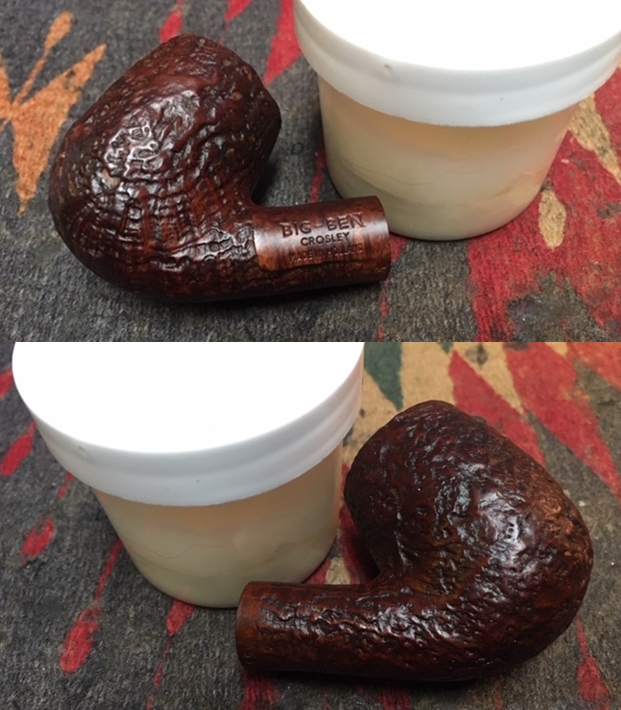 I cleaned out the mortise and the airway in the shank and the stem with alcohol, cotton swabs and pipe cleaners. It was quite dirty in the shank with oils and also in the wide opening of the 9MM tenon. It did not take too long to clean it however. 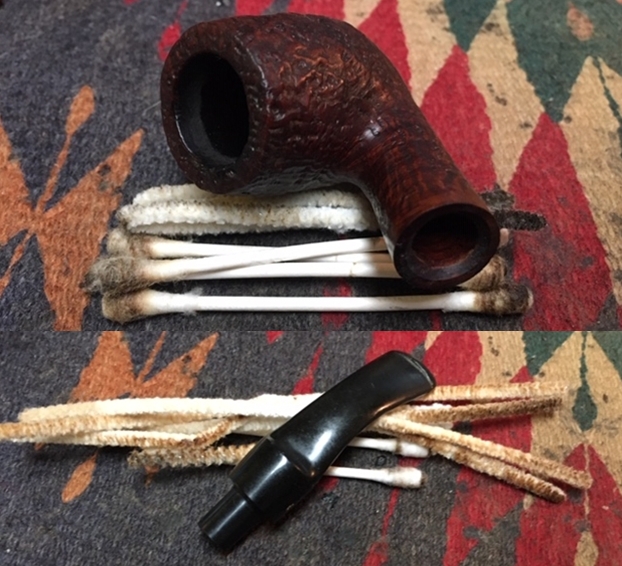 I replaced the Big Ben filter with a 9MM filter from Vauen. It is the same size and is probably made by the same manufacturer.

I polished out the remaining scratches in the stem with micromesh sanding pads. I wet sanded with 1500-12000 grit sanding pads. I wiped down the stem after each pad with some Obsidian Oil. Once I used the last pad – 12000 grit – I polished the stem with Before & After Pipe Stem Polish, both Fine and Extra Fine. I wiped it down with a final coat of Obsidian Oil and set it aside to dry. 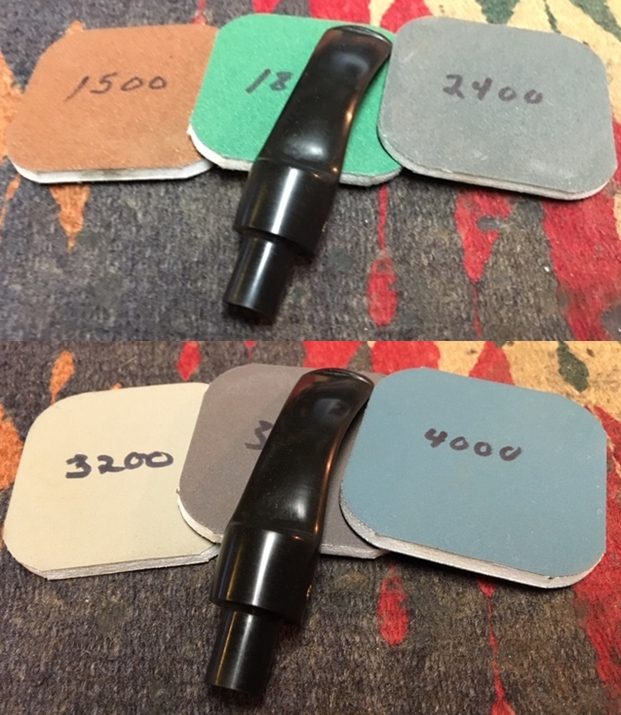 I put the stem back on the pipe and polished both pipe and stem with Blue Diamond on the buffing wheel. I used a light touch on the briar to avoid filling in the crevices with the polishing compound. I gave the bowl several coats of Conservator’s Wax and the stem several coats of Carnauba Wax. I buffed it with a clean buffing pad to raise a shine. I hand buffed it with a soft cotton cloth to deepen the shine. The finished pipe is shown in the photos below. The original contrasting brown stains look really good and the polishing brought the contrasts back to life. The contrasting rich brown finish highlight the grain and contrasts well with the black vulcanite stem. The Big-Ben Crosley is a beautiful pipe that really has the flaired saddle of a typical Dutch made Big-Ben pipe. The dimensions of the pipe are – Length: 5 inches, Height: 1 ¾ inches, Outside diameter of the bowl: 1 ¼ inches, Chamber diameter: ¾ of an inch. This craggy sandblasted Big-Ben Crosley is a great looking pipe and different from other Big-Ben pipes I have restored. It will be a great smoking pipe for someone to carry on the legacy of the pipeman who first purchased it and smoked it! Thanks for reading the blog. 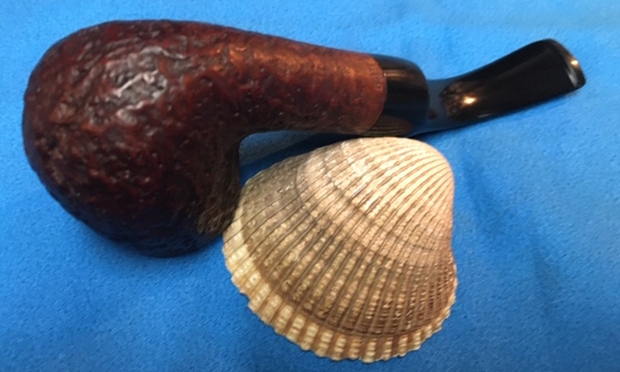 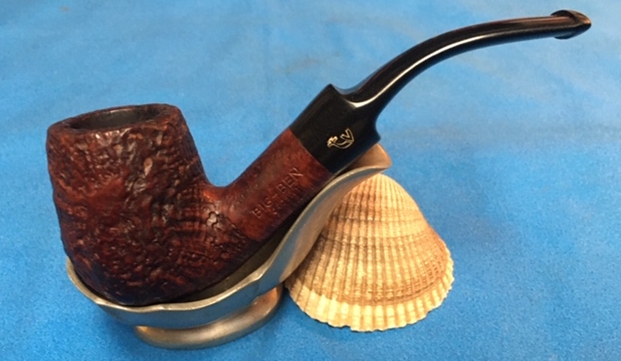 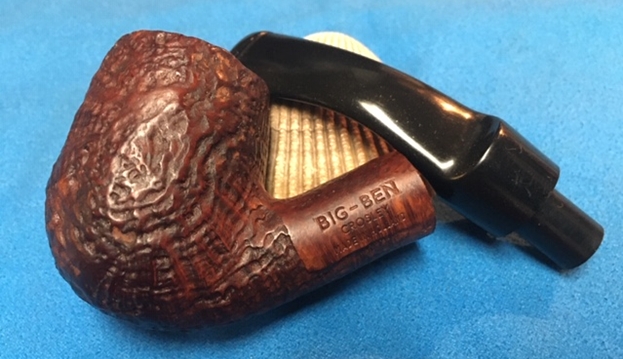 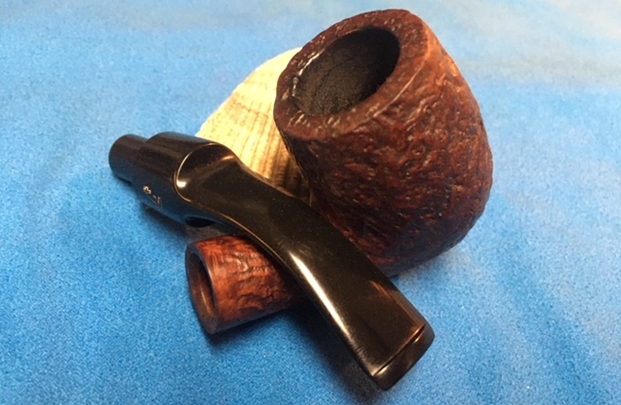