Copyright © Reborn Pipes and the Author except as cited
https://www.facebook.com/roadrunnerpipes/

Thinking outside of the box is unnecessary when there are no boxes in your imagination.
— Matshona Dhliwayo, Canadian-based philosopher, entrepreneur and author born in Zimbabwe

Four generations of the Savinelli family have managed not only to maintain but enhance the quality of pipes produced since Achille Savinelli Sr. opened his little business in Milan in 1876.  That shop is still there today.  In 1890, the founder’s son, Carlo, continued the original practice of assigning actual pipe production to skilled artisans.  For more than 55 years, that tradition went unbroken, until Carlo’s son, Achille Savinelli Jr., returned from his service in World War II and moved the business to Brebbia, where the pipes first began being made in the family’s own factory/workshop in 1948.  Since 1987, when Achille Jr. died, his son, Giancarlo, has been at the helm.

The Savinelli shop was the first to offer general pipe smoking items in Italy, and the name gained respect to Italian pipes, which before them had almost universally low opinions due to the general low standards of craftsmanship.  Of all the Savinelli pipes I’ve owned, I would describe just one as being notably less than exceptional.  My personal favorite styles are the many panel lines, examples of which I will show.  I had hoped to succeed in providing also a definitive list of shape numbers associated with panels, but every turn in my online searches leads to still more. 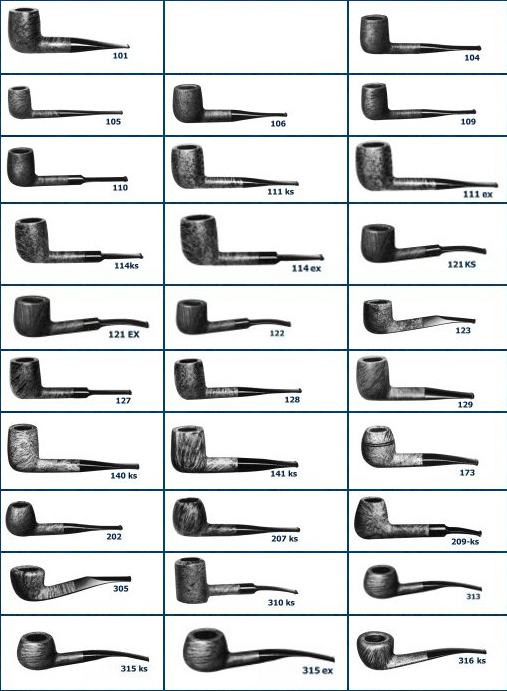 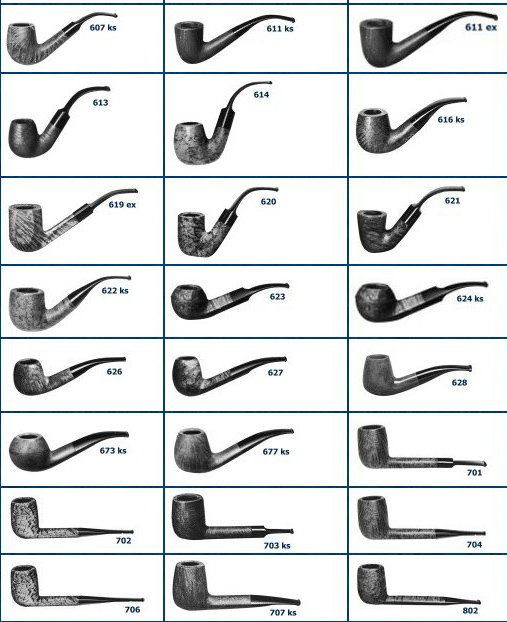 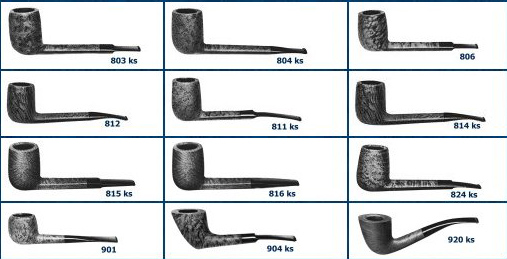 The easiest to find seems to be KS variations of the 515 such as the two I restored before.

Here are more gorgeous specimens, all but one of them not to be found on any chart I can locate.  The official Savinelli chart lists the 505.

And here’s one I would so love to own.

At some point, Savinelli appears to have abandoned the number system altogether, but fighting the urge to show all that I found, I’ll limit it to the two most extraordinary.

Now for the two more common panels I restored a few months ago, an Oscar 515KS and an un-numbered Colossal, in that order. 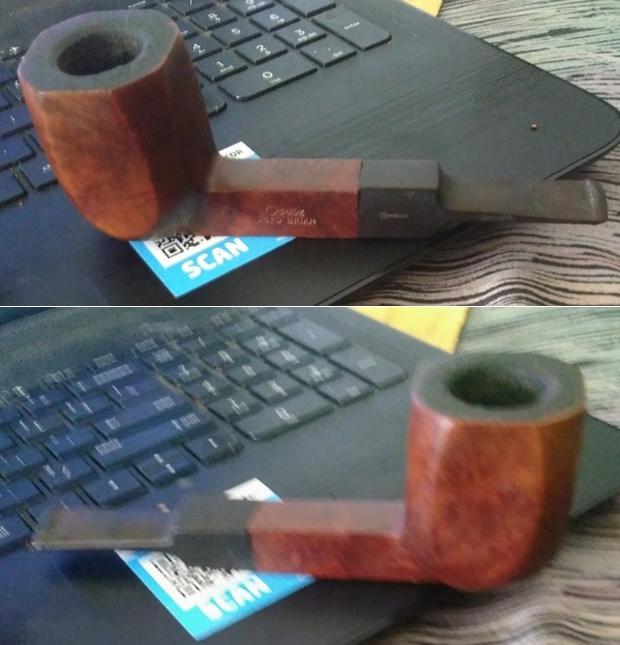 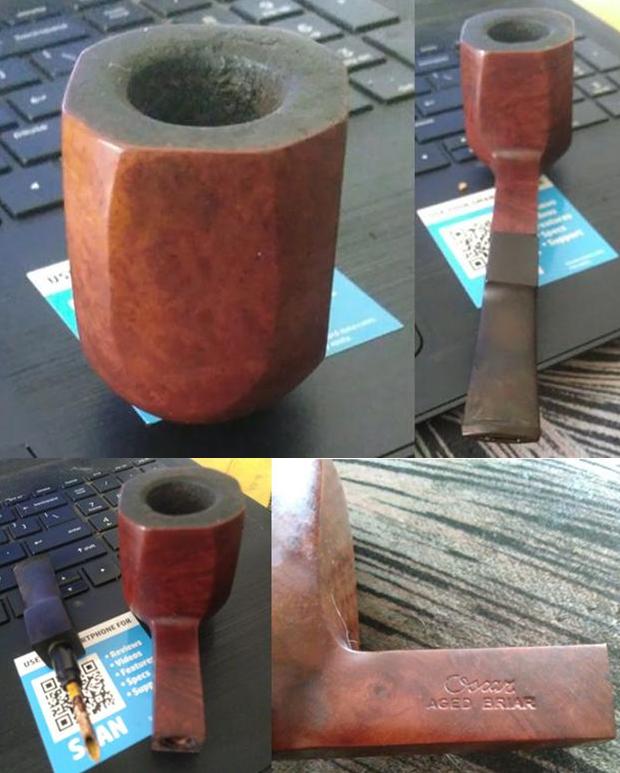 Starting with the stummel that was cleaner than most, some purified water on a paper towel made it look a little better but did almost nothing for the very charred rim.  I reamed the chamber and, in a measure uncommon to me, used the knife from a pocket utility tool to remove large, hardened spots of obdurate cake buildup before smoothing the area with 320- and 400-grit papers.  The rest of the black rim came clean with gentle use of super fine 0000 steel wool.

As a preliminary cleaning, I put a soft cotton ball in the chamber and filled it with isopropyl alcohol, plugging the bit with a pipe cleaner.  Then I ran more cleaners through the shank and only one to clear the bit’s air hole.

Turning to the bit, I heated the crusty old tenon and removed it before considering how to proceed with the well-used Vulcanite.

After wiping it down with a little purified water on a paper towel, I used my Bic to raise some of the chatter and dings.

That helped, but I decided on the 180-grit side of a sanding pad to remove some of the remaining marks.

Focusing on the deeper marks below the lip with 150-grit paper before smoothing it all out with a progression all the way up to 600-grit, I finished with a full micro mesh workup.  Unfortunately, I didn’t snap any pics of the paper work, but here’s how the bit turned out.

I retorted the pipe.

To lighten the color, I sanded with 400-grit paper. 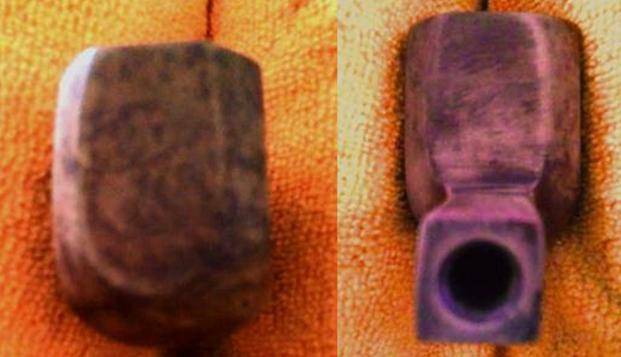 A full micro mesh progression made the wood shine like new. 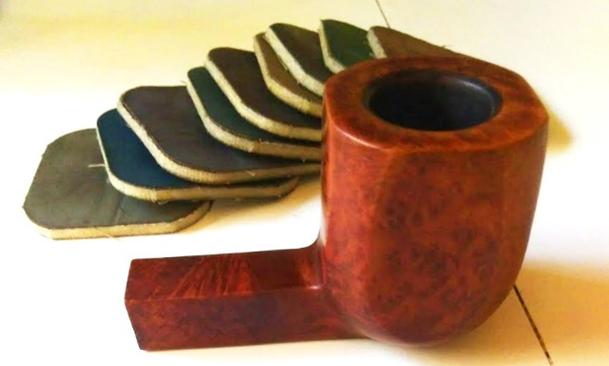 Machine buffing with carnauba was all that was needed to finish. 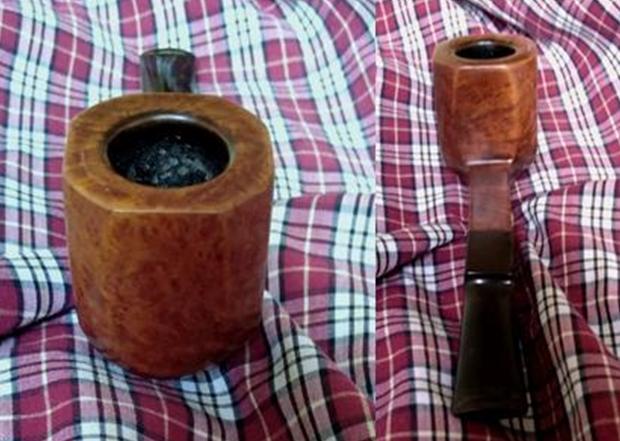 This time I decided to start with the bit.

Again, the Bic raised some of the blemishes.

After that, oddly enough, I gave it an OxiClean bath that had a remarkable effect, followed by wet micro mesh.  The Colossal’s inlaid C is unique. 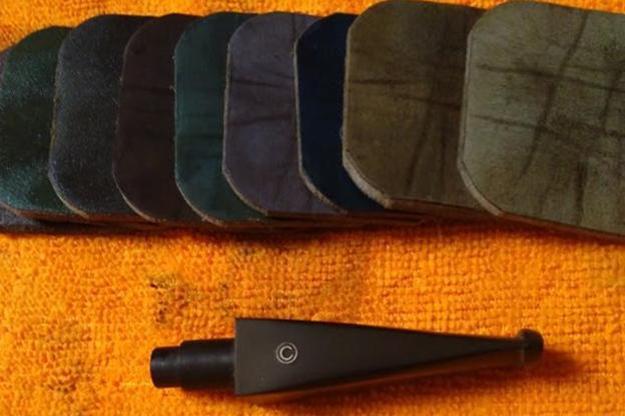 With the stummel, as before, I gave it a preliminary cleaning before the retort. 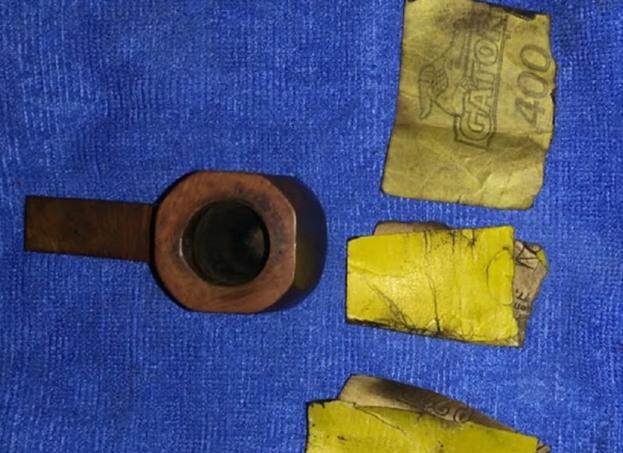 The chamber had the same kind of obstinate cake buildup as the Oscar, so I again reamed it and scraped more with the blade of my utility tool.

Micro mesh worked fine on all but the right side.  To eliminate more pernicious scratches there, I turned to 400- and 600-grit papers and re-micro meshed.

And that was that other than the final machine carnauba buffing. 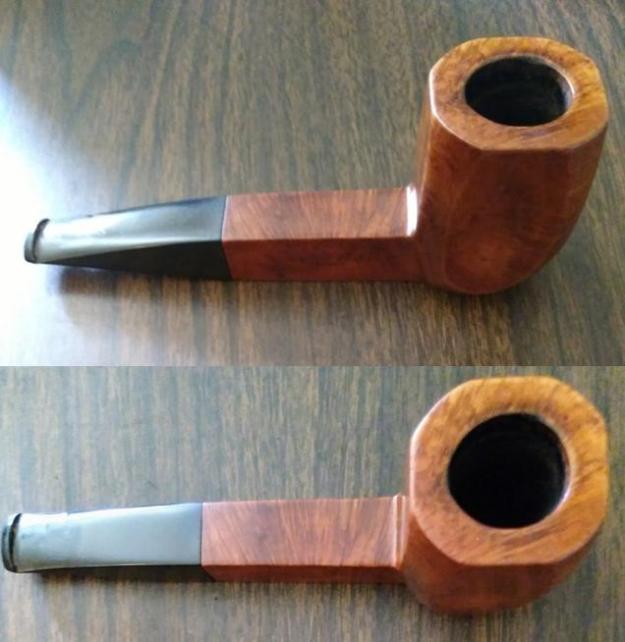 Savinelli panels tend to be big, thick, sturdy pipes that smoke with a uniform, cool evenness.  I really love all of them that I’ve owned and kept the Colossal for my collection but sold the Oscar.  A more complete list of panel shape numbers is in the works, and I’m going to contact Savinelli to see what they have to say on the matter.  I’ll keep you posted.