A member of the PipesMagazine.com forums brought my attention to this pipe, which was being sold on Etsy. While this shape is not in my typical wheelhouse, it was one that I had not seen previously. The 755 shape is not listed on the old shape chart but I found another one sold by SmokingPipes. To this point, I’ve not seen this GBD Shape. The “Century” finish was seen in GBD catalogs starting in 1950, which was also the year they celebrated 100 years of pipe making. The catalog describes the finish as “”A golden finish created to celebrate over a century of manufacturing the finest briar pipes.” I would call this shape a Lovat.

The “Conquest” script stamp denoted a plus-sized GBD pipe. Conquest is the smallest of the three plus sizes, followed by Collector and Colossus sizes.

The pipe had some issues with the bowl, including what looked like scorch mark on one part of the rim. There were a few dents on another part of the bowl. The stem, while oxidized was in very good overall condition. The nomenclature was in excellent shape. 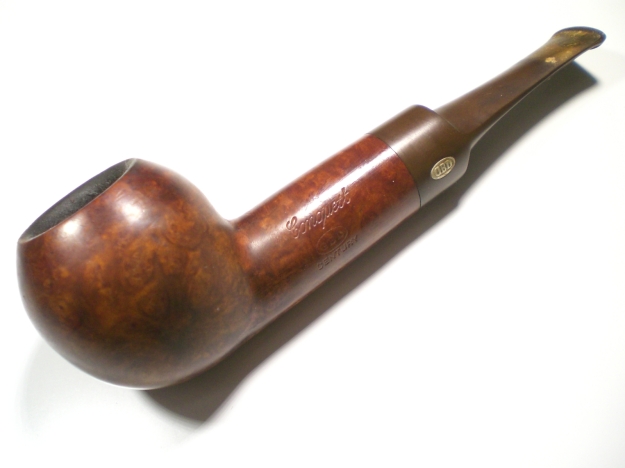 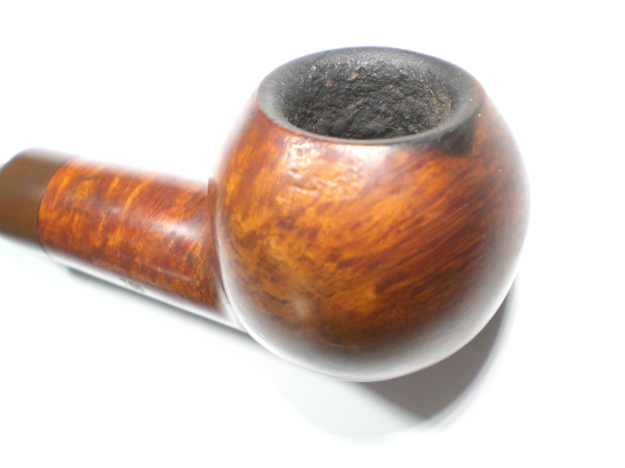 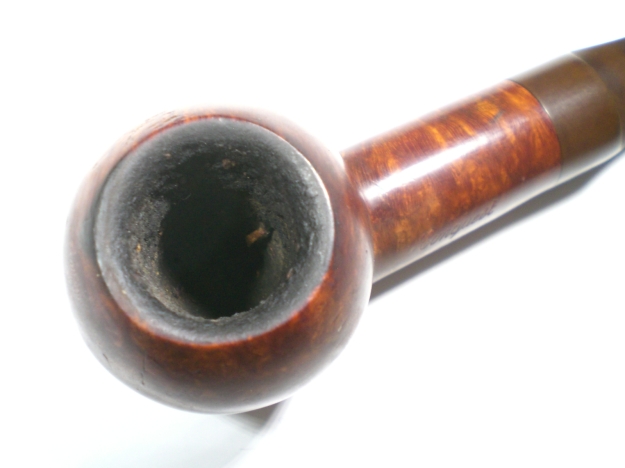 The build-up on the rim came off nicley using a piece of 6000 grit micromesh and then a light buff with Tripoli on the wheel. The scorch mark was also greatly minimized. Not completely, but not enough remained to cause the bowl to need stripped and restained. The dents on the bowl were removed using steam on a wet cloth using an iron set on “High”. 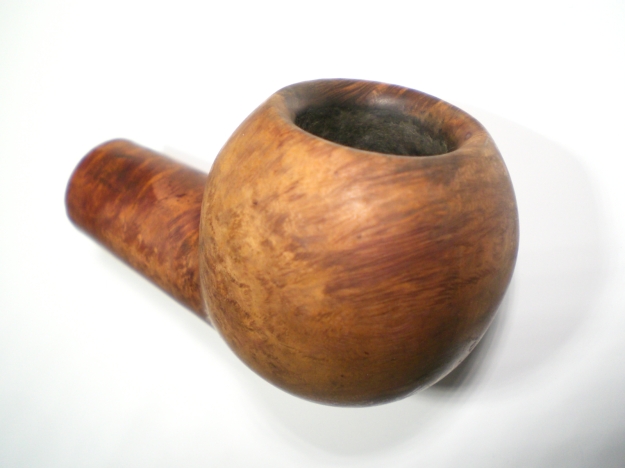 The bowl was then reamed and soak with alcohol and sea salt. Following the soak, the bowl was buffed with White Diamond and several coats of carnuba wax. The interior of the bowl was in excellent shape and it is drilled perfectly.

While doing work to the bowl, the stem was soaked in a mild Oxy-Clean solution. I put a dab of grease on the GBD stem logo. Mounting the stem back to the bowl, I removed the oxidation with some 800 grit wet paper. This was followed by 1500 and 2000 grade paper, then 8,000 and 12,000 grade micromesh sheets. The stem was then buffed with White Diamond and Meguiars Plastic Polish.

Here is the finished pipe. I initially bought this one to clean and resell, but there’s something about the shape that now, I’m not sure that it will be sold. 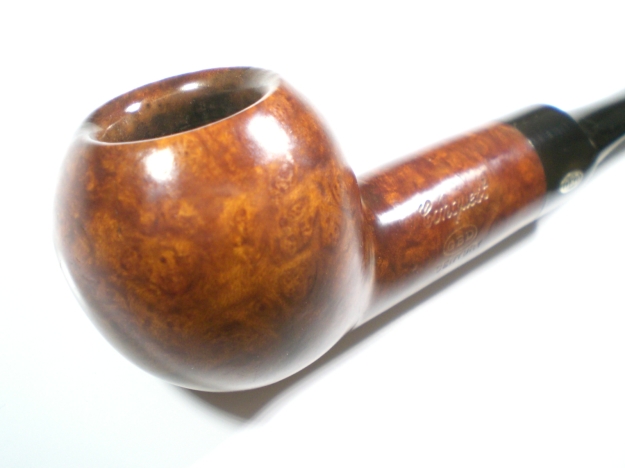 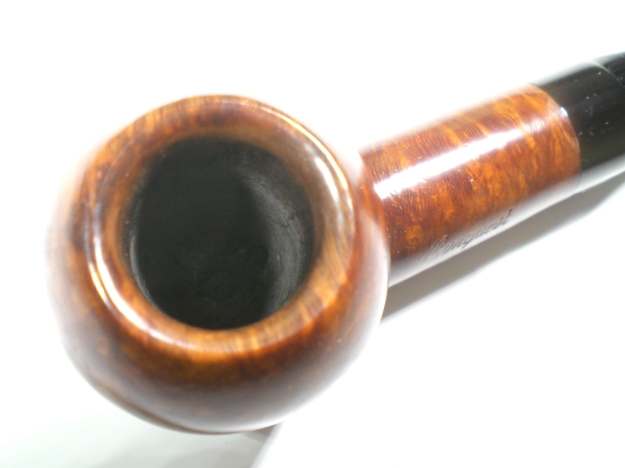 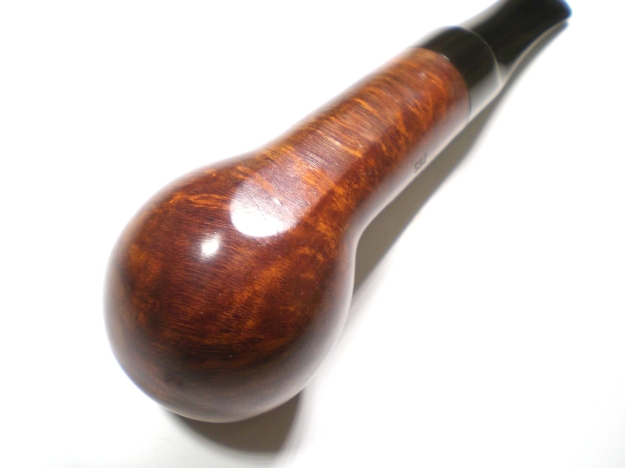