This is another example of an Ebay ad that had poor pictures and an inaccurate listing. This pipe didn’t sell on several attempts and was listed as a 9478.The price was right on the 3rd listing but from the pictures, I thought it needed a major restoration, including a re-stain. Here’s some pictures from the Ebay listing. The pipe has pre-Cadogan “London, England” stamping and a brass rondell. I’ve not yet seen a 9438 with a plateau or rusticated bowl top. 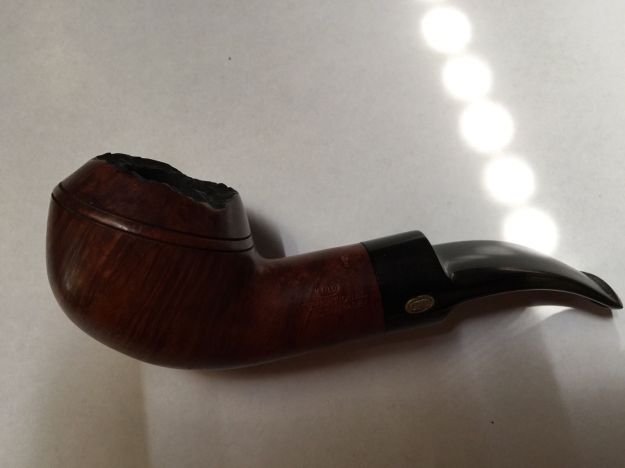 When the pipe arrived, I was surprised to find it in very good condition. There were some nicks in the briar, but I felt they would blend in nicely and the stem was near mint. The pipe was also very clean and appeared to have only been lightly smoked.

I reamed the slight cake and soaked the bowl in sea salt and alcohol. I put a dab of grease on the brass rondell and soaked it in a mild solution of Oxy-Clean.

The stem was mounted, and shined with 800>1500 and 2000 grit wet paper, followed by 8000 and 12000 grade micromesh papers. It was then buffed with White Diamond and Meguiars Plastic Polish.

I buffed the briar lightly with some Tripoli, which softened the two nicks nicely. This was followed by a buff with White Diamond and several coats of Carnuba wax. Below is the finished pipe. It is on it’s way to its new owner, friend from the PipesMagazine forums. I had a hard time boxing up this one, a 9438 typically isn’t found with such nice grain. 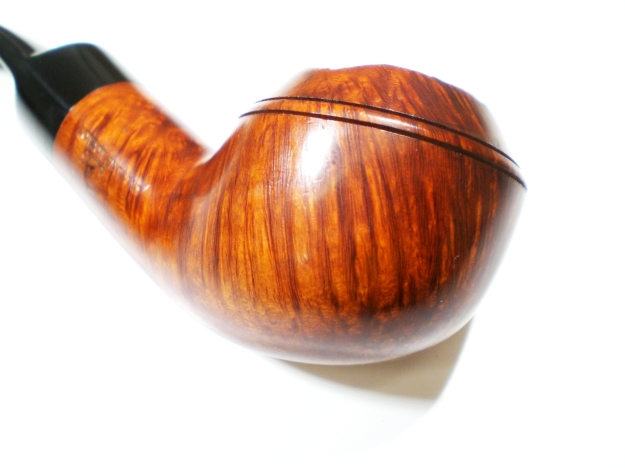 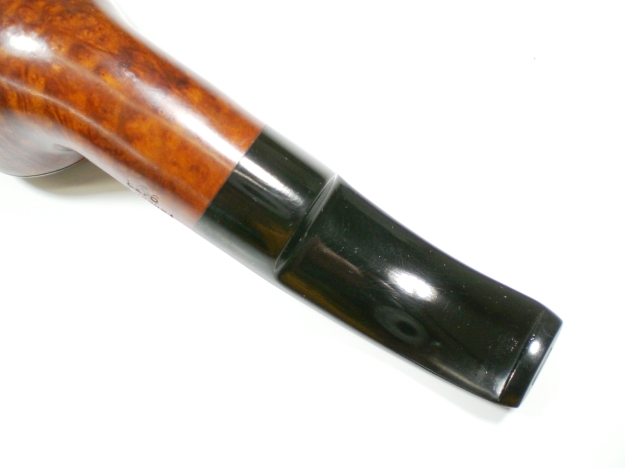 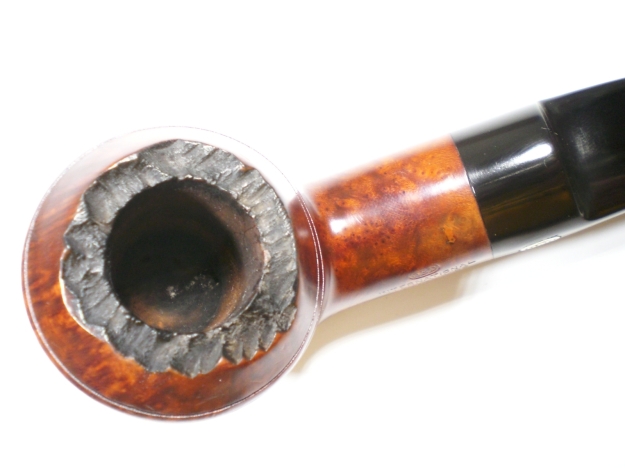