I was gifted a box of pipes from a good friend of mine for the distinct purpose of cleaning them up and selling them with all of the proceeds going to the aid of earthquake victims in Nepal. The funds raised will all go to the SA Foundation, and organization that has worked in Nepal for over 15 years helping provide recovery, housing and job training for women who are victims of sexual exploitation and trafficking. The ongoing earthquakes (over 300) that continue to shake Nepal have left much in ruins. The SA Foundation Project there was able to find new housing for the women and help with staff as well. Every dollar raised from the sale of these pipes will go to the work in Nepal.

The first pipe on the work table is a beautiful Don Carlos Three Note Dublin made by Bruto Sordini in 1977. It is a large straight grained pipe. The dimensions are as follows: length 7 inches, height 2 1/2 inches, external diameter at the rim 2 3/8 inches and the diameter of the chamber is almost 1 inch. 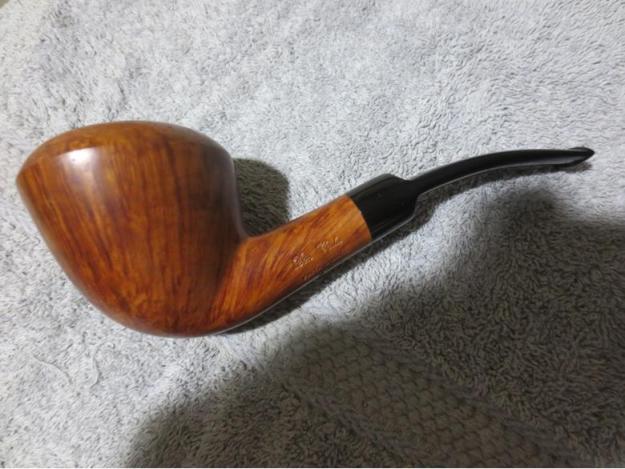 I knew next to nothing about Don Carlos pipes. This one was stamped on the left side of the shank Don Carlos in script over Fatta a Mano over In Italia. 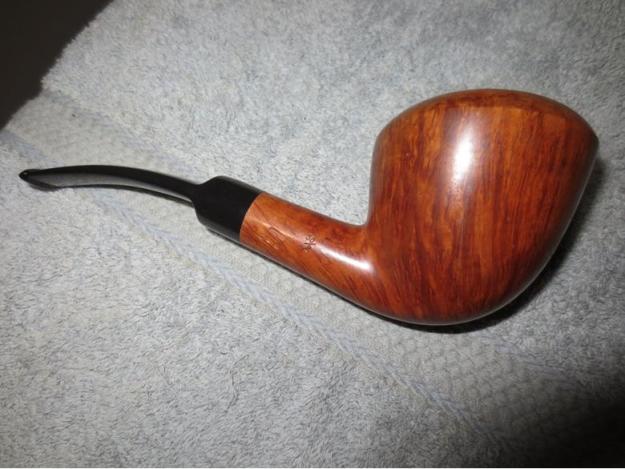 On the right side it is stamped with three music notes and 50/2. The stampings would certainly tell others who know the brand a lot about the pipe but I had no idea what I was dealing with. So I did a little digging on the web to see what I could find out.
I found a website that had lots of info on the stamping and grades that Bruto used on his pipes. http://www.theitalianpipe.com/infowell/guides/doncarlos.htm It also gave the following information on him. 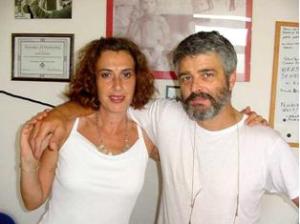 “Bruto was born in the small village of Cagli, where his world-famous Don Carlos pipes are currently being made. He’s in his mid-forties, married with three children. He first got into pipe making about 37 years ago. At that time, he was studying law, but slowly and surely he developed a passion for the artistry of making a work of art out of a piece of wood. After having worked for years and years for major pipe making establishments in the area of Pesaro, Bruto decided to get more independent; that was when he started a partnership with two other pipe makers and founded the Ser Jacopo. After a few years, Bruto took off and started the Don Carlos.” 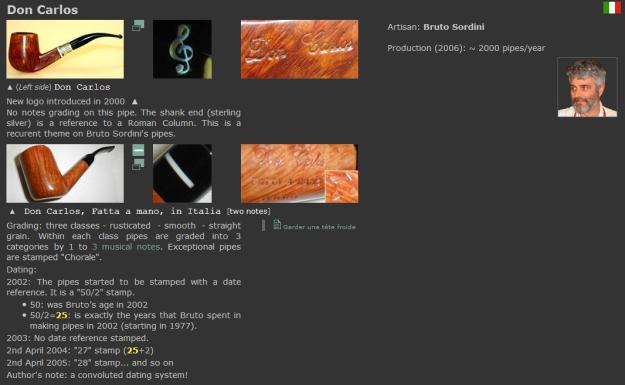 Using the formula for dating found on the photo above I was able to date the pipe. The 50/2 stamping is identical to the information above. It states that in 2002 the pipes started to be stamped with this date reference. The explanation of the stamp is that 50/2 = 25 which was the number of years that Bruto had spent in making pipes in 2002 having started in 1977. So this pipe was made in 2002.

Don Carlos pipes are the products of the creative mind of Bruto Sordini. His unique, and often whimsical shapes are a refreshing departure from the ordinary, and his craftsmanship is readily apparent in each pipe. He grades his pipes using musical notes, and they all feature gleaming Lucite stems.
Looking on the Don Carlos website I found this quick summary of the ranges and grading of his pipes. http://www.doncarlospipes.com/eng/doncarlospipes.html

“Our range includes Rusticated, Sandblasted (under Rusticated), Smooth, Smooth Straight-Grain, and Specialty pipes. Also, as many loyal supporters of Don Carlos pipes know, within each finish the pipes are graded according to its grain and are graded with musical notes: starting from 1 note up to 3 notes, with a 3-notes grade as the highest representing the finest pipe.”

I also found the photo below that showed the stamping that was on the left side of the shank of the pipe I was working on.

The pipe was in fairly decent shape when I received it. The finish on the bowl and shank were in excellent shape other than surface dirt. The natural colour of the briar was still in great shape and not darkened with use or age. The rim was the worst part of the exterior of the pipe. The back of the inner beveled rim had some tar build up and I was sure that once I removed it there would be some slight darkening there as well. The bowl also had developed a cake that came up over that beveled edge and would need to be removed. The next two photos show the rim condition and the state of the bowl. 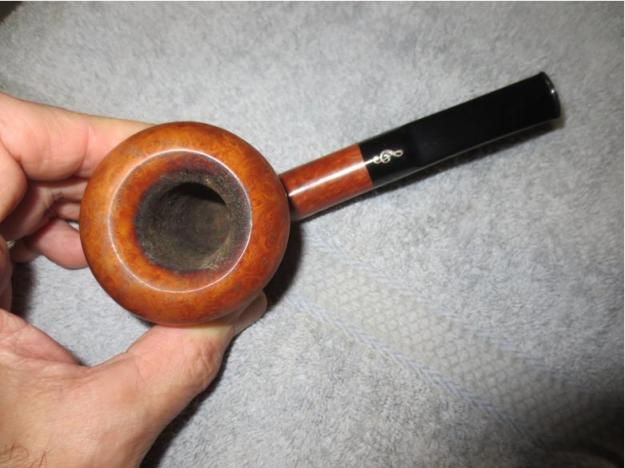 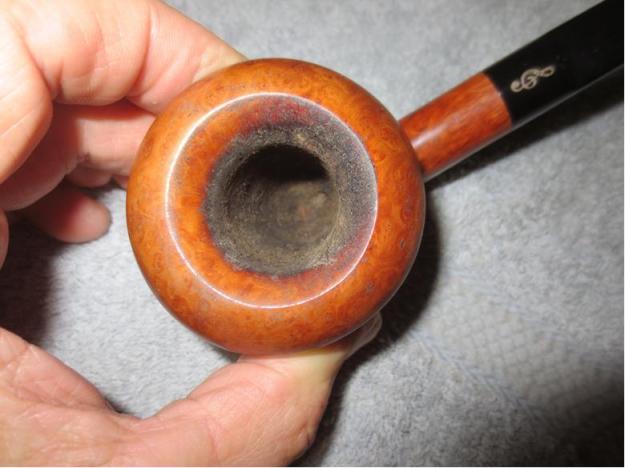 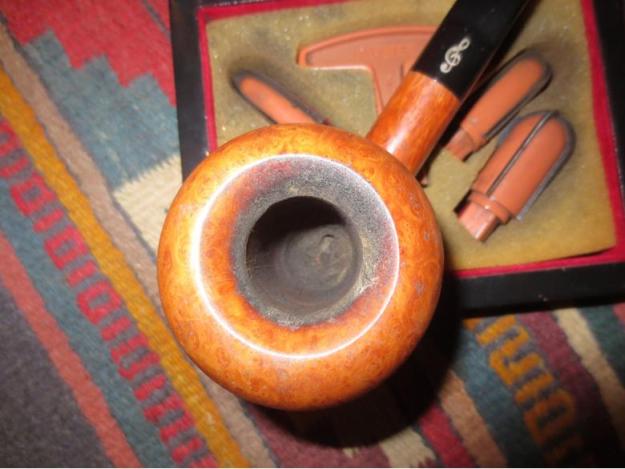 Once I had reamed the bowl I was ready to work on the inner edge of the rim. I scrubbed the rim with cotton pads and saliva. I put a lot of elbow grease into removing the buildup of tars and oils. I was able to remove the crust on the rim. There was indeed a little rim darkening in that spot but not nearly what I expected to find. 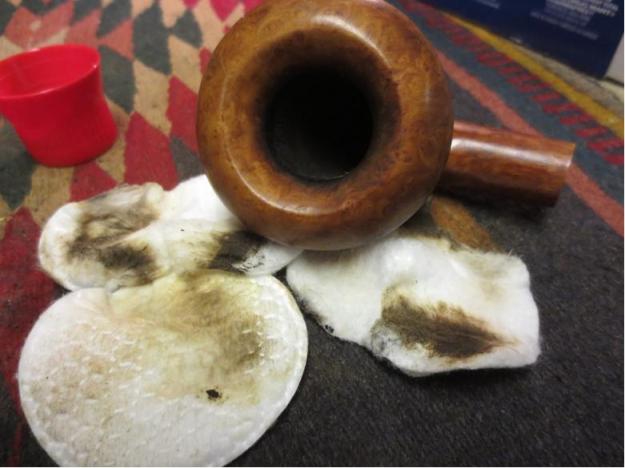 I wiped down the exterior of the bowl with Murphy’s Oil Soap to remove the grime on the surface of the bowl. With the exterior cleaned it was time to address the inside of the pipe. The shank and airway was dirty and darkened. I cleaned it with alcohol, cotton swabs and pipe cleaners until I was able to get clean pipe cleaners and swabs back after scrubbing. I also scrubbed the stem with the same and was able to remove all of the buildup from the tenon end and inside the airway. 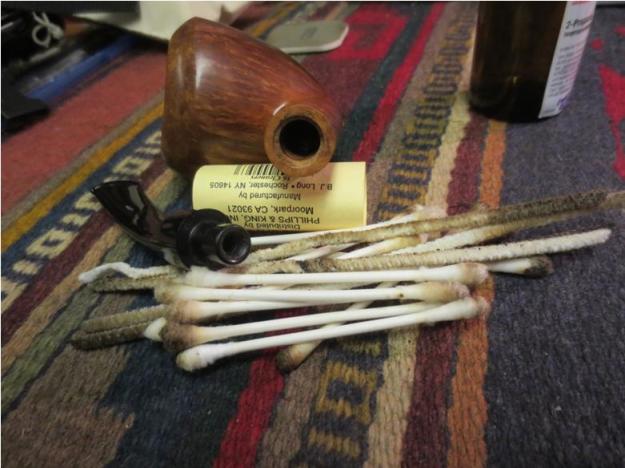 I wiped down the outside of the Lucite stem with alcohol on a cotton pad and used micromesh sanding pads to remove the light tooth chatter near the button on the top and bottom sides. I took the pipe to the buffer and buffed it with Blue Diamond Plastic Polish on the wheel and then gave the bowl and stem multiple coats of carnauba wax. I finished by buffing it with a clean, flannel buff to raise the shine. The finished pipe is shown below. 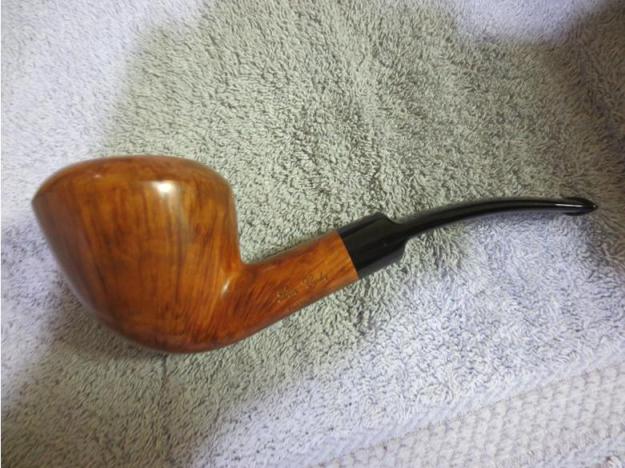 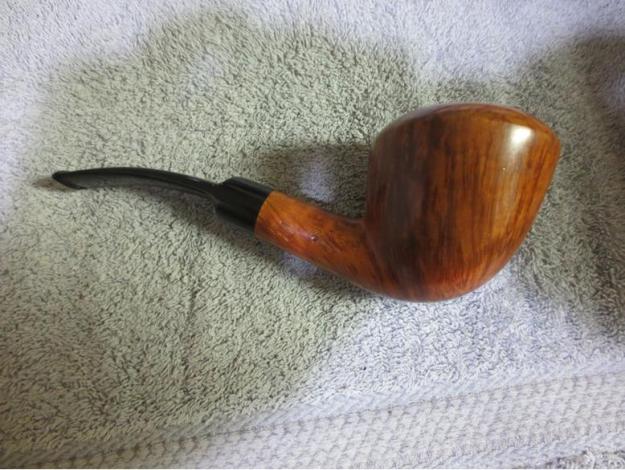 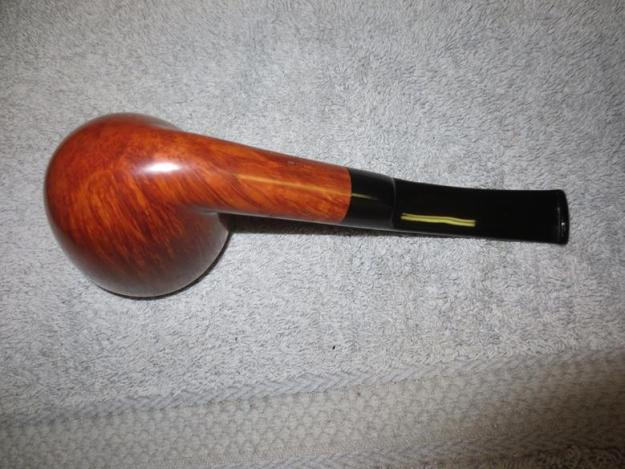 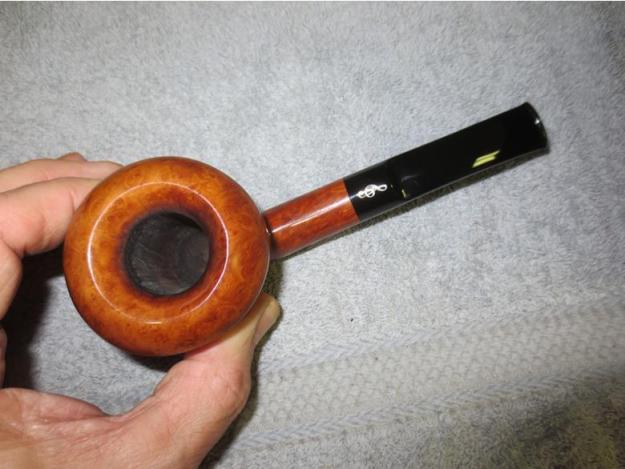 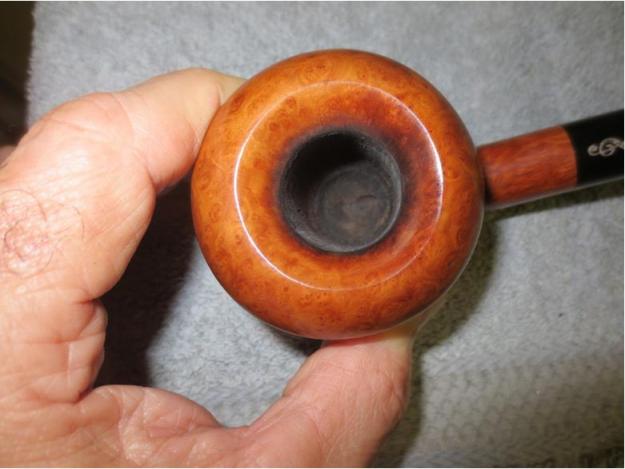 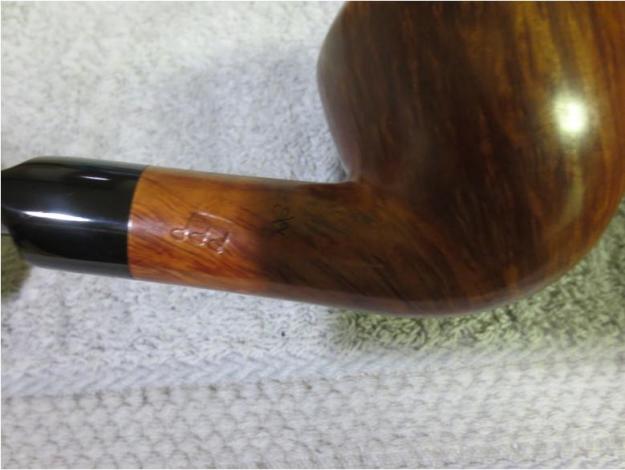 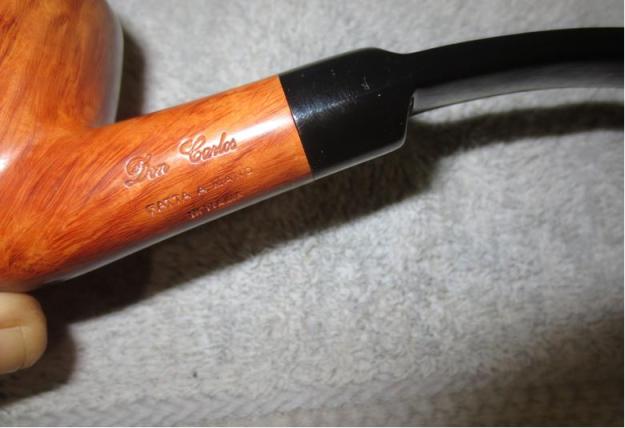 I am still researching the value on this pipe, but on EBay they sell for between $400-$500 each for the smooth 3 note pipes. This beauty is certainly worth that. If you are interested in this pipe email me at slaug@uniserve.com and we can discuss it. The entirety of the sale price will go to the Nepal project. I will pay the postage so that does not get taken off the proceeds. If you are interested in reading about the SA Foundation you can look at their website at http://www.safoundation.com.