When I was in Idaho for the funeral of my mother in law my brother and I took the day after the funeral and went on a pipe hunt. He has been attending auctions and going to antique shops on his travels and he picked up some nice pipes that he passed on to me. I will be working on them for a few months. He also had visited several of the antique malls in Idaho Falls where we were. On that day we visited three of them. In one of them there were a few pipes that caught my fancy one of them was an old corn cob bent with a diamond shank. It was in rough shape in that the glue that usually seals the shank into the bowl was gone and it was pretty loose. The bowl was well smoked and had a cake that I would need to clean up. The rim was also blackened. The bowl has a hardwood plug in the bottom which adds to the durability of the pipe. One unique feature of this pipe was that the shank was made of cob. It had some dings and nicks on it. The bottom of the diamond shank bore the Missouri Meerschaum label. There was a brass band that protected the end of the shank. The stem was Redmanol or Bakelite – a nice rich red coloured plastic that had some tooth chatter but no deep tooth marks or cracks. The orifice button on the stem and the material it was made of made me pretty certain that this was an old timer – possibly from the 30s.

Typical of what happens when I find old pipes like this I can’t wait until I get home to start working on them. In this case I figured I wanted to stabilize the shank in the bowl so that it would not get damaged when I carried it home in my luggage. I bought some Elmer’s Wood Glue and used it to fill in the gap around the entrance of the shank to the bowl. I used it to also repair some of the nicks on the sides of the bowl and the shank. I gave it multiple coats to build it up so that shank bowl union was smooth and the dings and marks were also smooth. Of course being in a rush to work on it I forgot to take pictures of the pipe before or during the early stages of the repair. When I left for Vancouver the bowl and the shank transition were smooth and the nicks and dings were also smooth on the surface of the bowl. I need to sand them and feather them into the surface and take off some of the glue shine. 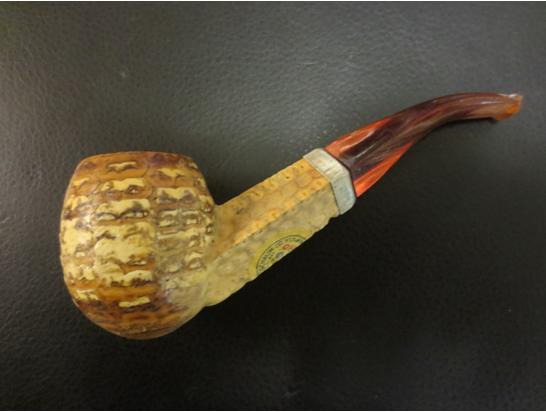 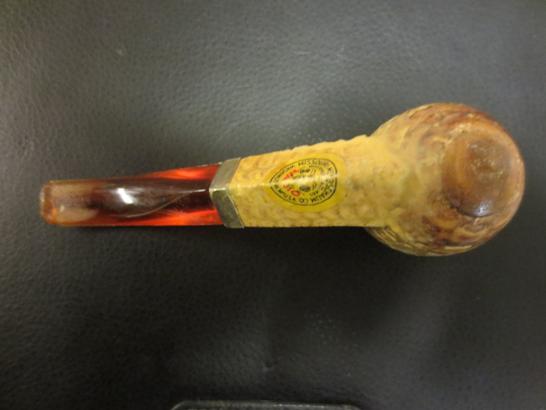 I lightly sanded the rim to remove the blackening and clean up that surface. I reamed the pipe with a PipNet reamer and took the cake back to a very thin coat. The bowl is still round so that will not take further work to fix it. 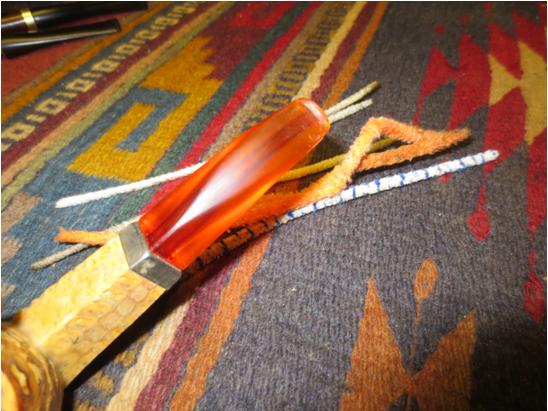 I sanded the stem with 220 grit sandpaper and then with a medium grit sanding sponge to remove the too chatter on the top and bottom sides of the stem. 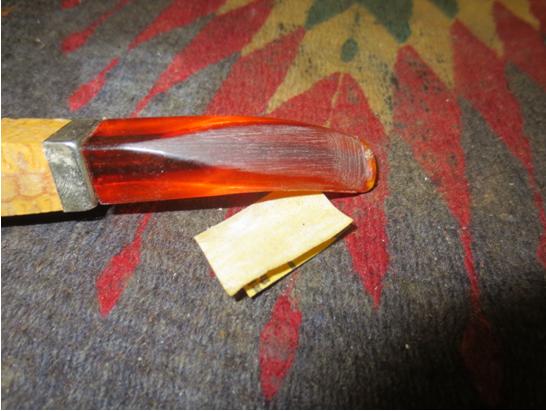 I wet sanded the stem with 1500-2400 grit micromesh and rubbed it down with Obsidian Oil. I dry sanded it immediately with 3200-4000 grit pads so that the micromesh had some bite to it. The oil provided a surface that allowed the micromesh pads to polish the stem. I dry sanded further with 6000-12000 grit pads and then buffed it with Blue Diamond on the buffing wheel. I gave the stem several coats of carnauba wax and then buffed it with a clean flannel buff to give it a shine. I hand buffed it with a microfiber cloth to finish the polishing. 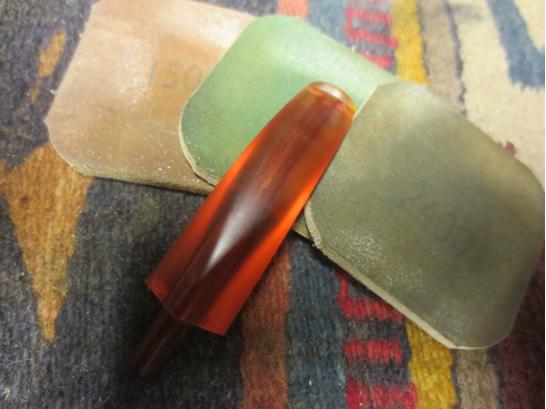 The finished pipe is shown in the photos below. 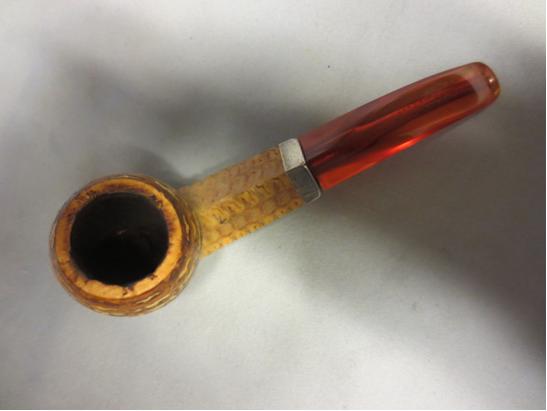 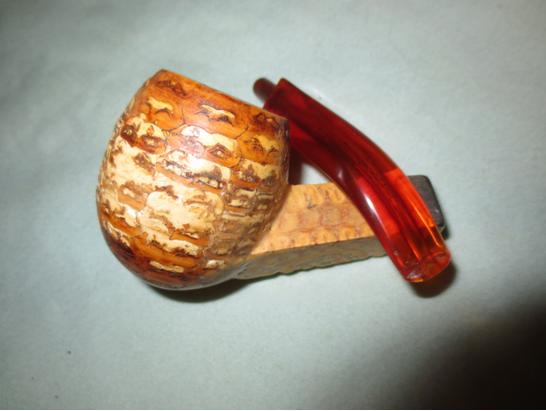