Troy Wilburn, one of our blog writers and good friend of rebornpipes sent me a shape number list for old Kaywoodie and Yello-Bole pipes. I found it very useful and typed it into a chart format. Troy said that he got the data for this came from the Kaywoodie Forums. If you have not visited the forums here is the link: http://kaywoodie.myfreeforum.org/. I decided to post the chart here for easy access. Thank you to the KW forum for the information. 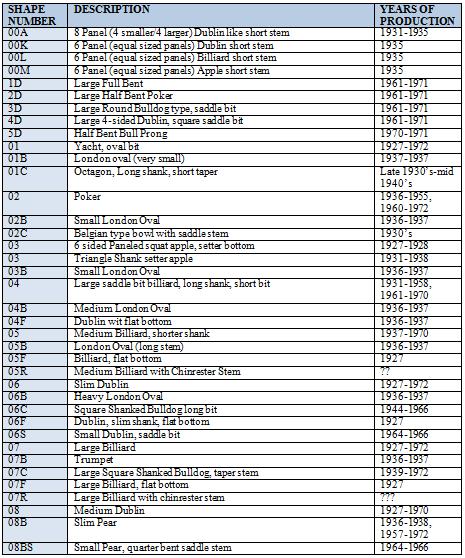 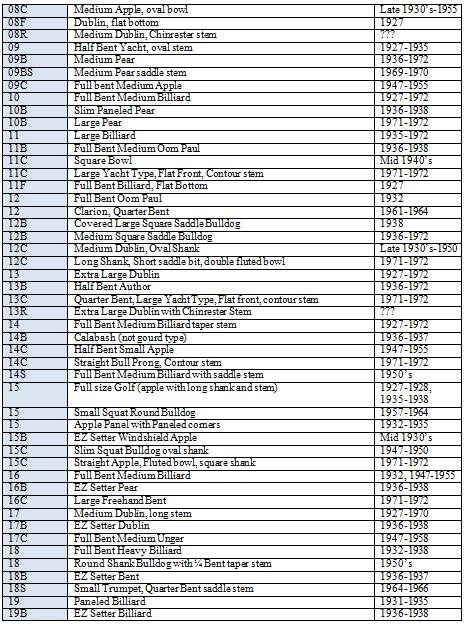 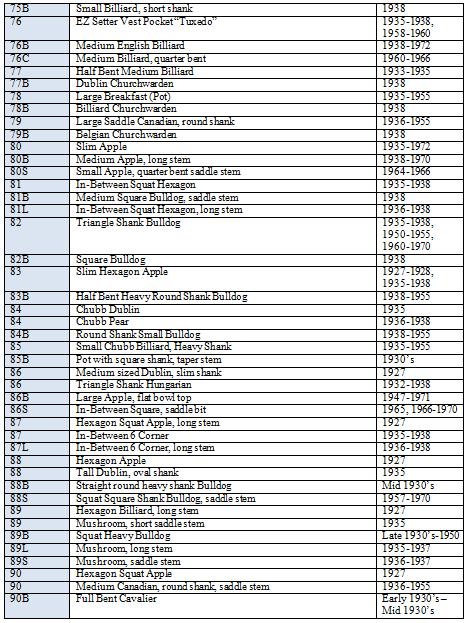 2-digit prefixes for 4-digit pipes – you might find an odd ball or a rare one that is not on the list.
From the time of the first Kaywoodie until 1938 for Kaywoodie and for Yello-Bole, Kaufmann Brothers & Bondy used a 4-digit number system (plus a letter sometimes) to identify the line and shape number. The 4-digits were not used after 1938. The first two, which we’ll call the prefix, referred to the finish and the second two, the suffix numbers referred to the shape number.

Thanks again to the Kaywoodie Forum and those who have collected the information over the years. This information is extremely useful to those of us who collect Kaywoodie and Yello-Bole pipes. If you have not visited the forum I would encourage you to visit the great folks there. The forum contains a wealth of information.