One of my pipe buddies, Dave, sent me this 1938 Parker bulldog to restore. I had not yet worked on a Parker yet, but know they have a loyal following of collectors. Dave always seems to chose interesting pipes to send me and this one was no exception.

Dave had determined the pipe was made in 1938 but after looking over the Parker page in Pipepedia, I wasn’t sure. This pipe was stamped “Parker” and not the possesive “Parker’s”. Pipepedia says this about the stamping:

Prior to World War II, the possessive PARKER’S stamp was used. However, at least some pipes were stamped with the non-possessive as early as 1936.

I confirmed with a Parker collector that the singular “Parker” was indeed used before WWII. The pipe is stamped 15, which is added to 1925 (starting with 2), so the date of manufacture is indeed 1938.

The briar was a bit worn but some heavy tar build-up on the bowl top. The stem had some curious striations and the button looked odd. 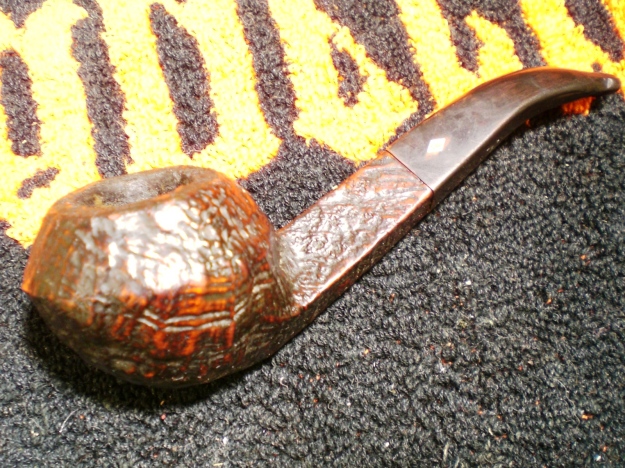 I reamed the bowl and filled it with isopropyl alcohol and sea salt. After soaking for several hours, I cleaned the build-up off the bowl top, which was quite stubborn. Some of the stain on the bowl edge was lightened in this process, but the bowl top was relative undamaged by use. I used some Medium Brown stain to darken the lightened areas and it blended in quite well. I applied some carnuba wax with a loose cotton wheel, then a coat of Halycon wax by hand.

When working on the stem, I discovered someone had “colored” it black with a permanent marker or similar. Thankfully, they worked around the “P” stem logo. I used 600 and then 800 grit paper to remove the black and some of the rough marks and scrapes on the stem. The button looks very odd and has been carved a little. Perhaps it was damaged and someone cut out the damaged areas? Or, are older Parker buttons shaped this way? Surprisingly, I did not find much Parker information on the web. The pipe also appears to be drilled for a filter or possibly a Dunhill-like innertube? The stem has a Patent Number stamped on it: 116989/17 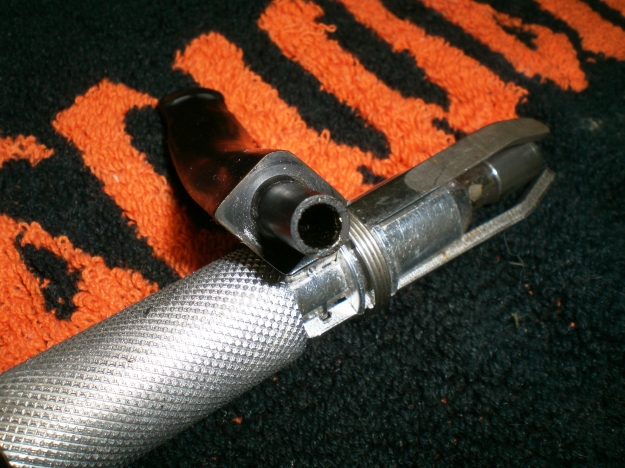 A member on the PipesMagazine.com forum, MisterLowerCase, posted this picture of a Parker innertube, which matches the Patent Number.

After the wet sandpaper, I used 8,000 and then 12,000 grit paper to bring up the shine. The stem was then buffed lightly with white diamond. 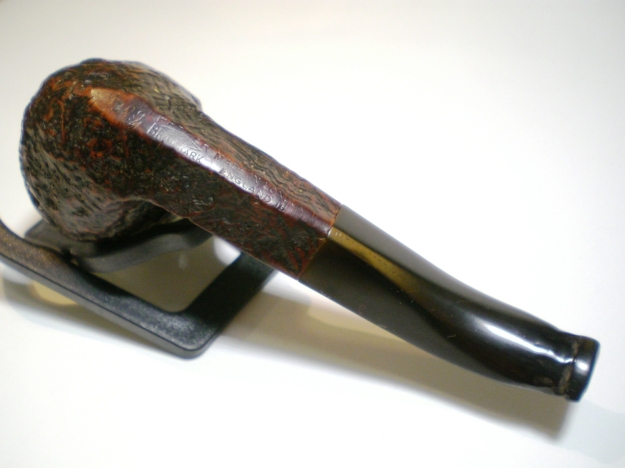 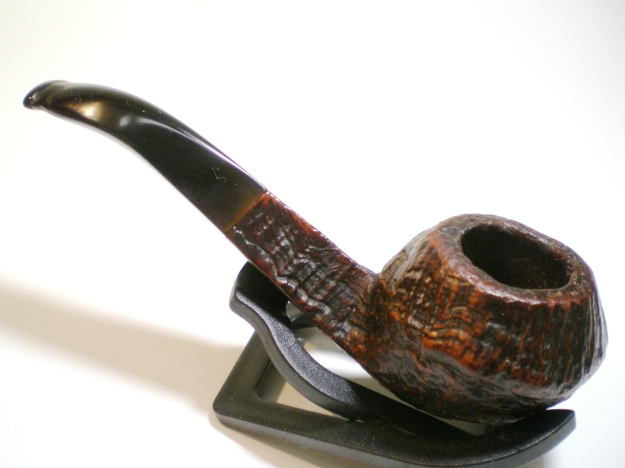