Yesterday I had a great visit with Kenneth Lieblich on my front porch. We enjoyed some Seattle Pipe Club Tobaccos – Potlatch (his) and Deception Pass (mine) while looking at some of his latest acquisitions. He had picked up some very nice pipes in the last little while from sellers here in the Vancouver area. He also pulled out two interesting old pipe reamers from his bag that he had brought for me to add to my collection. The one on the left is stamped MADE IN FRANCE on both sides of the handle. There was also an adjustable screw on the top that expanded and contracted the reaming head to fit a variety of bowls. The one on the right side is stamped PERRY’S [over] HEDGEHOG [over] PIPE REAMER on one side and on the other is it stamped HEDGEHOG [over] a filigree [over] PIPE REAMER [over] MADE IN ENGLAND. The second one is not adjustable as the first one is. Both have the look of Medieval Instruments of torture rather than simple reamer to remove the cake. 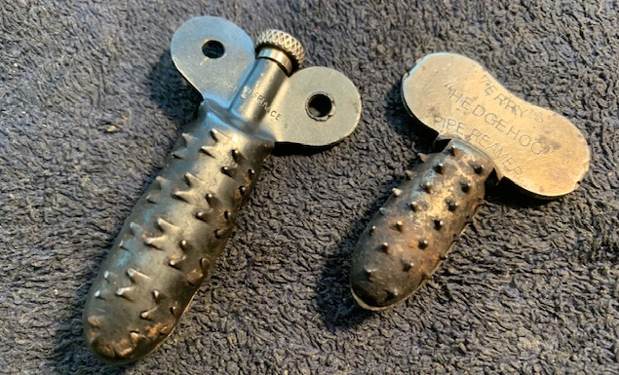 The first reamer (the one on the left above), the French Made one is significantly smoother than the Hedgehog. It is made by perforating the metal around the head. The perforations were lifted slightly and would work to scrape off the cake on the sides of the bowl. Interestingly the head is not sharp on the fingers of my hand when I held it. It was made in such a way that once inserted it was turned clockwise it would remove the cake in the bowl. The adjustment screw on the top adjusted the diameter of the head to match the walls of the chamber and the depth to which it would remove the cake in the bowl.

The second reamer (the one on the right above), the Terry’s Hedgehog Made in England is quite a bit rougher than the French one. The cutting head is made by perforating the metal around the head. The perforations were lifted higher than the French one and would work to scrape off the cake on the sides of the bowl. Interestingly the head is very sharp when held in the fingers of my hand. It was made in such a way that once inserted it was turned either direction in the bowl it would remove the cake in the bowl. The cutter could not be adjusted to the diameter of the bowl and it was quite rough in it stripping back of the cake. It is not one that I would use very often on any of my pipes without damaging the walls of the bowl.  You can see from the photo that it is wider at the bottom the reamer than at the top.

I leaned the two reamers together to capture a photo of the end of the reamer. The larger of the two is the French Made one. You can see from the photo that it is split in the middle and when the screw is adjusted it expands. The head of the Hedgehog has the two sides tightly closed and it is not adjustable. I also took photos of the two from the top to show the butterfly handles. 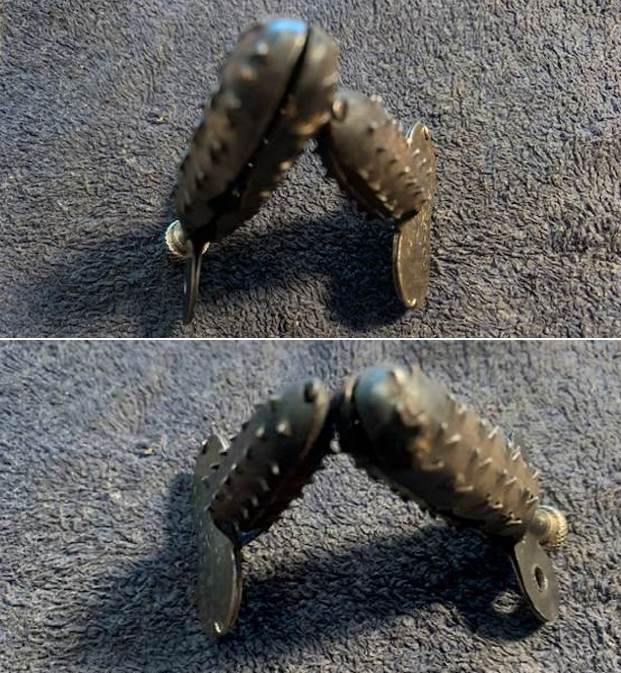 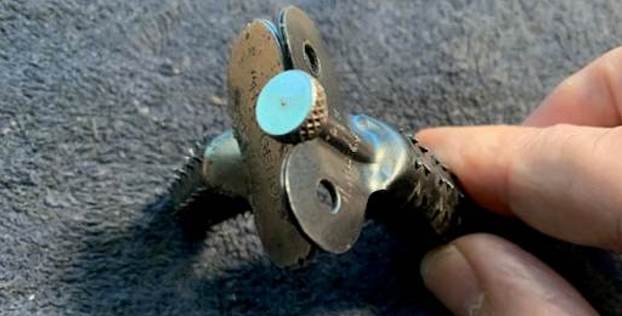 These two will join my box of pipe reamers and reaming tools once I have it back when our basement is fully restored and returned to normal. These are two nice additions. Thank you Kenneth for the gift.