My brother picked up an unsmoked Hayim Pinhas Turkish carved meerschaum pipe somewhere along his pipe hunting travels. In the boxed and bagged meerschaum there were some interesting papers that Hayim included in all of his pipes. The first is an introduction to the pipe and a guide to its history and its manufacture. It is also has a simple guide for breaking it in for the new owner. I scanned a copy of it and included it below. I also typed it out so that it easier to read. I thought many of you might be interested in seeing this interesting document and reading it. Thanks for looking. 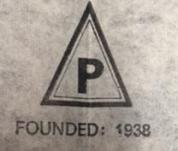 THIS PIPE IS MADE FROM PURE BLOCK MEERSCHAUM:
Meerschaum is a stone or block mostly found and mined in Asia Minor. It is embedded in red clay and usually found 240 to 250 feet under the surface of the ground. Meerschaum is not a clay or mineral but is organic in origin, being the fossilized remains of minute sea animals like coral. These little animals died many millions of years ago, and the remains of their shells were compressed by earthquakes, washed over repeatedly by the ocean and floods which deposited earth and rocks on top of them, and were moved and shifted by floods and successive glacial movements.

Today, the meerschaum is found only in Asia Minor, in sufficient quantity and of quality suitable for commercial use. Meerschaum is very light in weight and is one of the most porous substances found in nature. Consequently it absorbs nicotine and tobacco which are thus filtered in the meerschaum pipe. During the millions of years, the outside part of the meerschaum stones or blocks has deteriorated so far that only the kernel of sound meerschaum is left in the middle. The decomposed outer parts are 10-20 times the size of the kernel which is used for pipes.

HAND CARVED:
Each pipe is deftly cut by hand and has its own character. It colors gradually as it is smoked, taking on a rich brown color with the years. The meerschaum is impregnated with wax which helps to give it the beautiful velvety finish for which meerschaum pipes are famous. Each pipe has its own individual character given to it by the artisan who made it. All mouthpieces pipes are fitted with bone mountings.

HOW TO BREAK IN YOUR PIPE:
A meerschaum pipe should be broken in much in the same manner as a briar pipe. For the first few smokes, the pipe should be filled only half way and the tobacco not packed too tightly. This way the outside of the bowl will color gradually from the bottom up, taking on an even, rich brown tone for years of smoking pleasure. The smoker is cautioned not to touch the warm bowl with his fingers as the moisture left there will affect the eventual coloring.

Hayim also included a card that was read The Meerschaum Pipes Chain of Good Luck. It was a way of publicizing the pipe making company and encouraging others to join in the pleasure of a good meerschaum pipe. I have included a scan of that card and also a typed copy of the wording on the card below.

Meerschaum Pipes Chain of Good Luck.
Gratitude is man’s noblest sentiment. If you are satisfied with this Pipe, do not interrupt this Chain of Good Luck, pass on our address to five of your acquaintances. It will bring also Good Luck to them. Thank you.
Hayim Pinhas
P.O.B. 500
Istanbul – Turkey