I recently acquired two Peterson shape 69 pipes. One was a 1974 hallmarked “Sterling” pipe and the other, a pre-Republic Deluxe pipe with the X69 stamp.

I was curious about the “X” designation and checked with Peterson authority and soon-to-be published author on the brand, Mark Irwin. Mark shared this with me about the X stamp.

I can only give you my educated guess regarding the “X” factor. In all the Petes I’ve compared, the “X” denotes the same chamber diameter, but a larger outside width and height of bowl. That is certainly the case with the 69 vs. the X69 shape in those I have measured.

The first appearance of the 69 number in the ephemera is in the 1937 catalog, which was not a complete shape chart. But the X69 doesn’t seem to ever appear in the catalogs, unlike some other X shapes, which appear with some regularity—X155, X221, XL339, etc. My belief is that on occasion the factory ordered the shape, and when it arrived, several were enough larger than the standard to justify placing the X in front of the shape.

In contrast, the two pipes are certainly different in size. The Sterling 69 weighs 43 grams and the X69 significantly larger at 61 grams. The bowl sizes are indeed identical.

Here is a shot of both pipes in profile 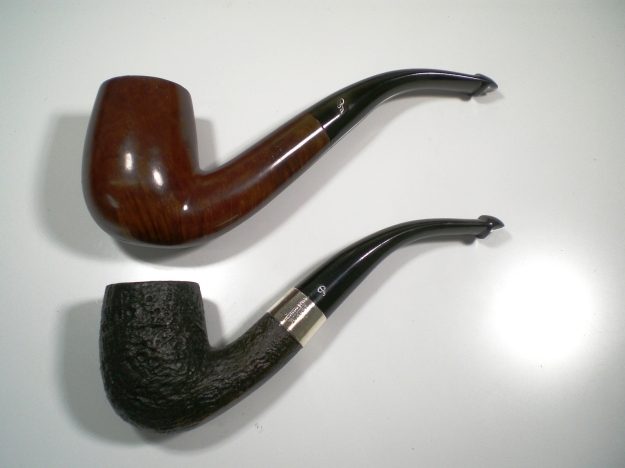 Neither pipe needed much work, just a mild tune-up to the stem with some higher grade paper and micromesh. Both stems were then polished with White Diamond and then Meguiars Plastic polish. Both bowls were cleaned with an alcohol and sea salt soak.

The pre-Republic Deluxe is a bit too large for my taste, so it will be resold.

Here are both pipes. 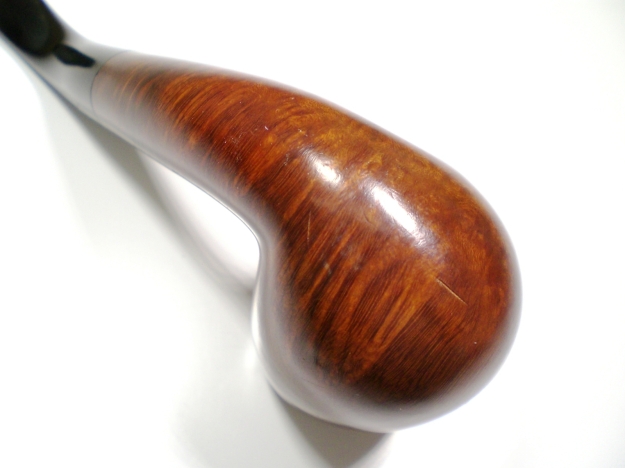 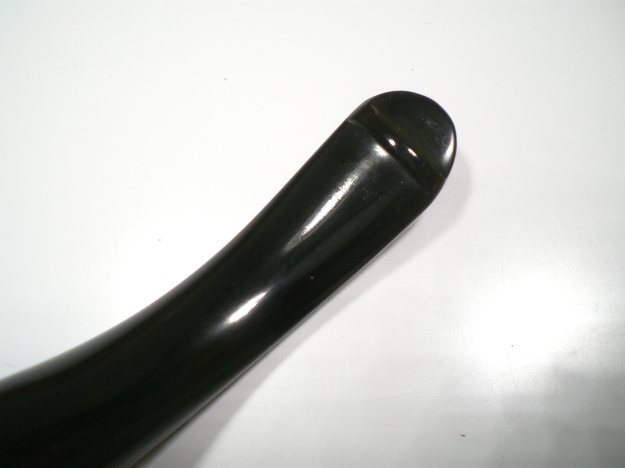 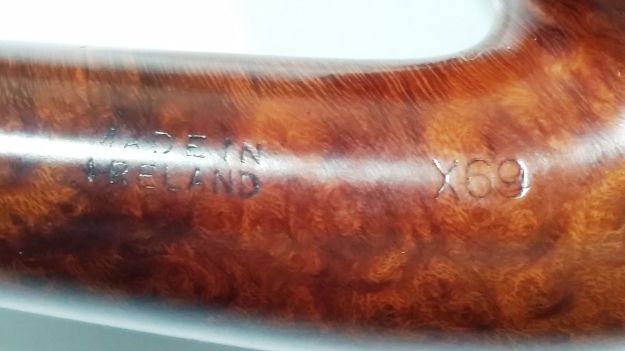 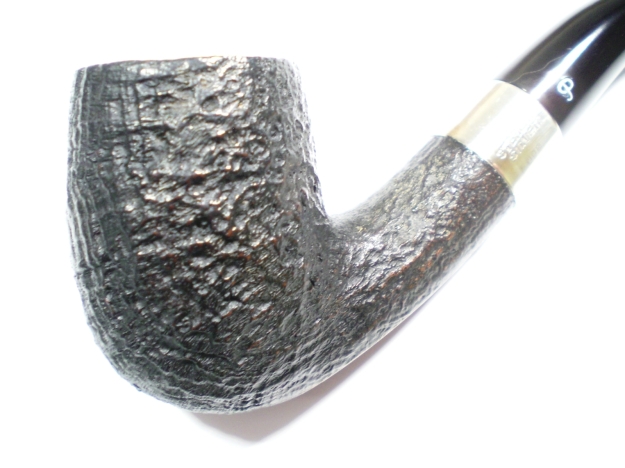 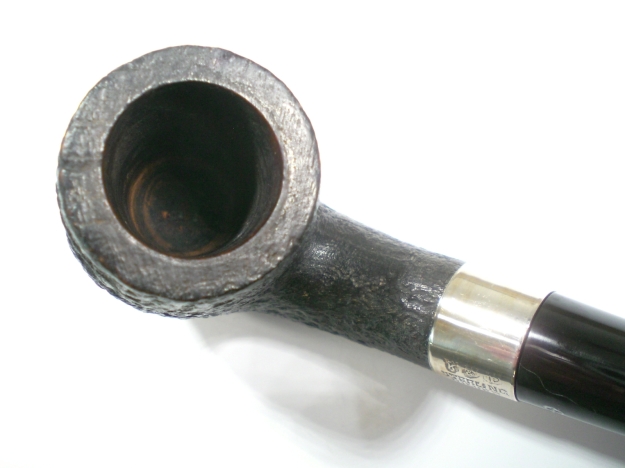 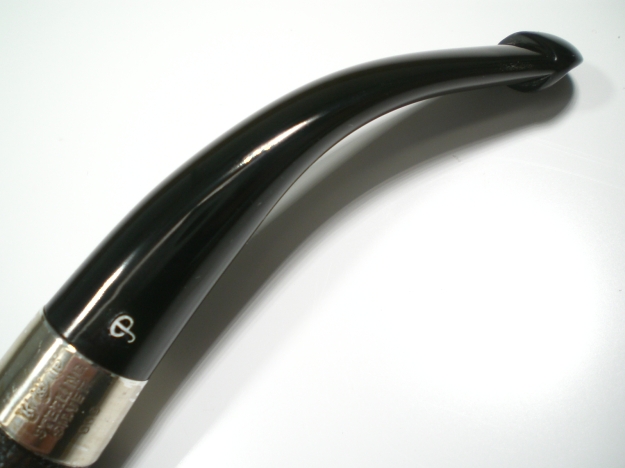 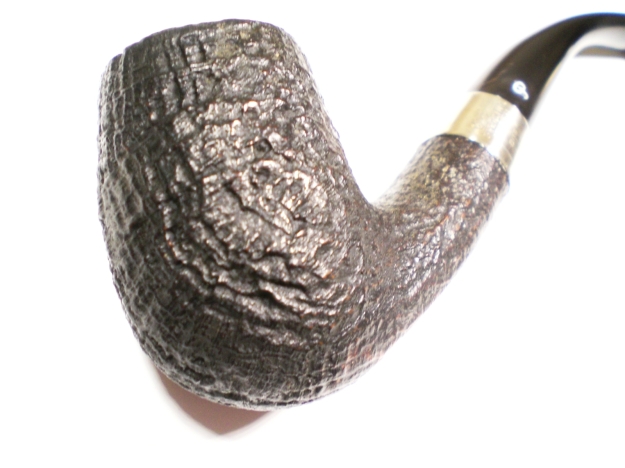 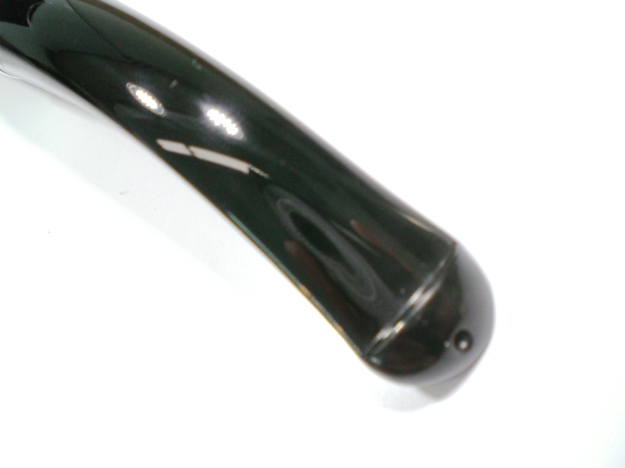 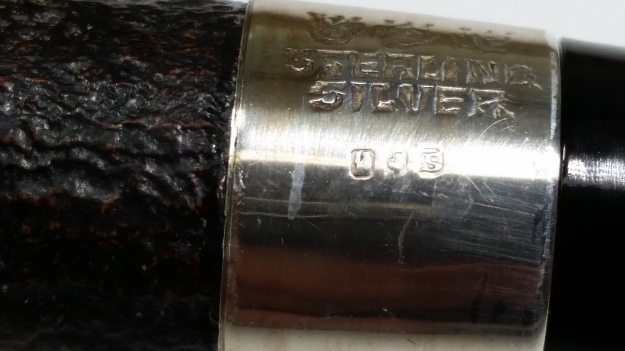 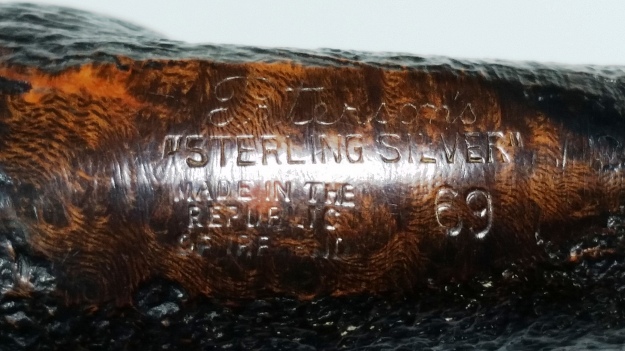 I was fortunate that this pipe still retains the “chimney” that screws into the tenon. The chimney is an important part of the system style pipe. 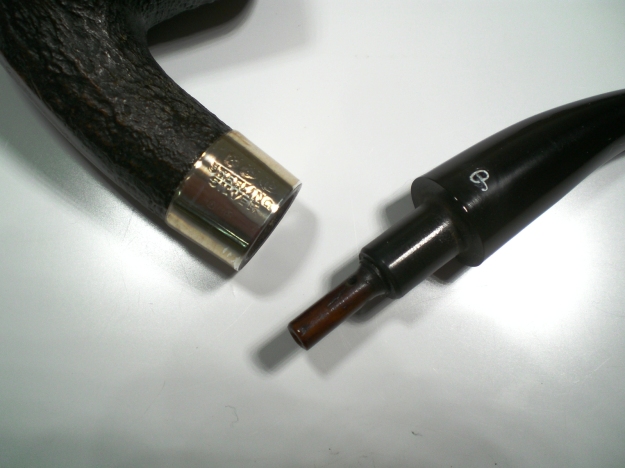