As a Comoy’s fan and someone who loves the Rhodesian pipe shape, this one came out of left field. It was advertised as having nomenclature too faded to read, but from the sellers pictures, I could see that it had a three digit shape number. This was a Comoy’s shape that I had never seen before. I was pretty anxious until it was delivered, and with my naked eye, I could see the shape number was 286. This puzzled me, as this shape number was not listed on any Comoy’s chart that I could find, nor was it in any of my scanned catalog library. A Google search yielded two results, one a Blue Riband sold on Ebay and the other on an Asian collectors side. This one must be a the saddle stem version of the coveted shape 284.

Update: a member of the PipesMagazine.com forum, found this catalog page, showing the 286 shape.

With magnification, I can see a partial name under the straight-line “Comoy’s” logo. It appears to be a London Pride grade. The 3 piece logo denotes a pipe made before the merger in 1981, along with the round Country-of-Manufacture mark, I know it was made between 1946 and the merger point. The tenon on the pipe has the reinforced steel ring. I could no determine an era where that ring was discontinued.

The pipe as delivered presented some challenges. There was a scorch mark on the shank that extended to the vulcanite stem. Luckily, it was underneath the C stem logo. There were a few dents in the stem, and the button had wear, and of course it was heavily oxidized. The stem fitment was quite snug. The bowl had a heavy cake build-up, that extended over the bowl top and there were some dings on the top and sides of the briar. 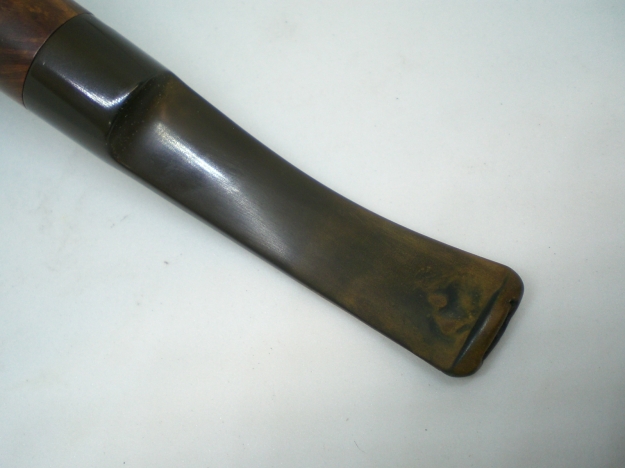 The stem was removed and soak in an mild Oxy-clean solution. I used a worn piece of Scotch-brite to remove the build-up on the bowl top, followed with an 8,000 micromesh sheet. I was able to raise a few of the bowl dents and dings with a damp cloth, and heat from an electric iron. The bowl was then soaked with sea salt and alcohol.

After the soaks, the stem was mounted. I used the flame from a lighter to raise several, but not all of the dents on the stem. The oxidation was removed with 800, 1500 and 2000 grade sandpaper, followed by 8,000 and 12,000 grade micromesh sheets. The scorched section of the stem took some more work 800 grit paper. These kind of marks are impossible to remove completely, as they go deep into the material At some point, you have to stop trying, before creating a flat or uneven spot on the stem. The stem was then buffed with White Diamond rouge and Meguiars Plastic Polish

Below is the finished pipe, which includes a pictures along side it’s tapered stem brother, a 284 Tradition. Curiously, the 284 does not have the metal reinforcement ring on the tenon. 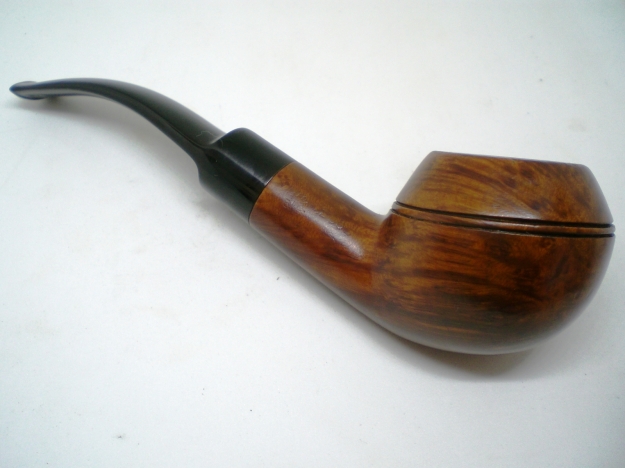 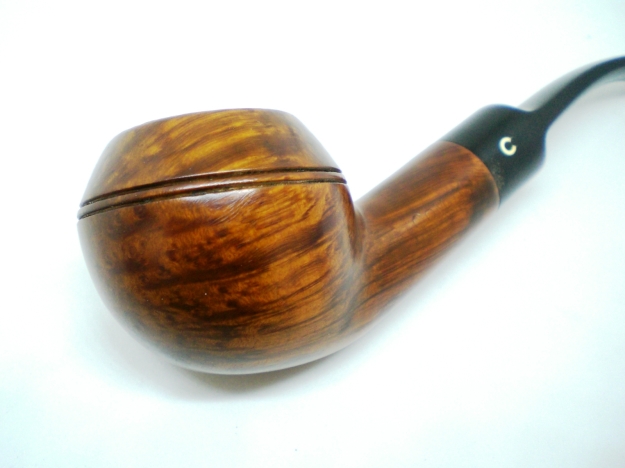 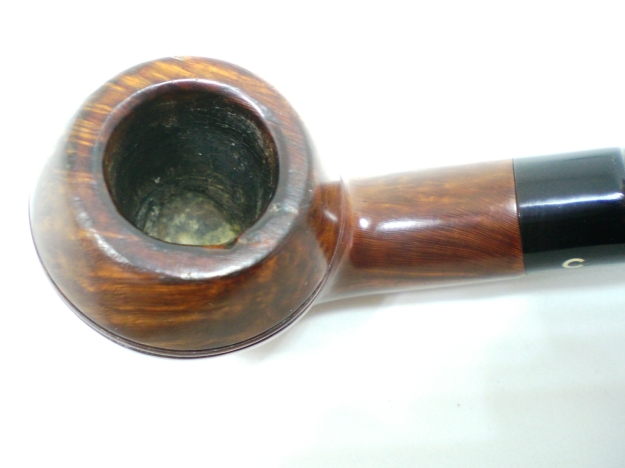 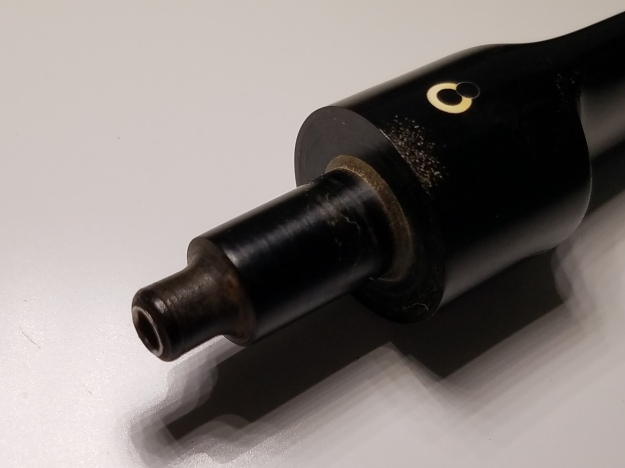 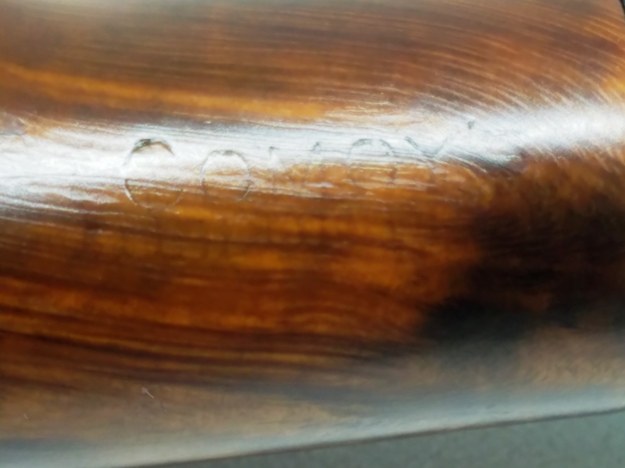