This Surburg’s Special came from a group of four pipes sent to me to from Jon Guss.  You may be familiar with Jon’s work in the “Barlings” section of Pipepedia or in the Vintage portion of Neill Archers Roan’s “A Passion for PIpes” blog.    Jon always has a lot of historical information to contribute to threads on the PIpesMagazine.com forum, so I was honored to work on his personal pipes.  Jon found this pipe at the recent NYC PIpe show.  It was in a bin of pipes from famed Delware collector, Bob Herbert.

I only knew that Surbrug’s was a New York City tobacco shop and I’ve seen their shop pipes pop up occasionally.  Jon sent me this about the shop:

John R Surbrug, born in Switzerland of a Swiss father and Ohio mother, had a small tobacco shop in New York City. After his death in the 1880s, his young son John Willard Surbrug (born in NYC in 1859) took over the store. Incorporating the business in 1895, John W. expanded into the cigarette market and prospered greatly. After buying a cigarette competitor name Khedivial, Surbrug’s business in turn was acquired by the Tobacco Products Company (TBC) in 1912. TBC was what we would now call a roll-up play, created by George and William Butler as a vehicle to compete with the American Tobacco Company. Surbrug’s business was acquired for stock, which meant John was left with an active role in the combined business. The later part of his career (and his son’s career), though interesting, is irrelevant here; what matters is that the Surbrug Company, while primarily engaged in the manufacture and sale of cigarettes, continued to be true to its roots offering well known tobacco blends and pipes. In regard to the former, the company was especially famous for its Golden Sceptre, Best Make, and Arcadia Mixture tobaccos. In regard to the latter, it appears that Surbrug was not a manufacturer, but rather a reseller of pipes that were stamped with their name by a variety of third party suppliers. Some at least of these were major players in the world famous London pipe industry. Surviving early hallmarked examples make it clear that BBB/Frankau, Barling, and Delacour Brothers were three of Surbrug’s vendors.

Here is an old advertisement for one of their famed tobacco blends. 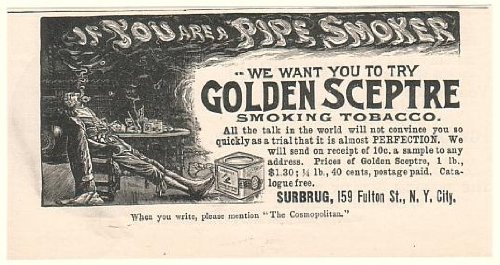 The pipe had seen some hard use and was in general very grimy. 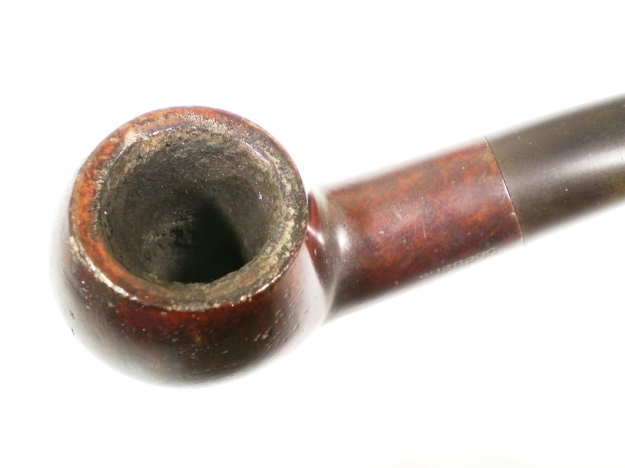 The rim had a build up of carbon. I used a worn piece of 8000 grit Micromesh paper to remove most of it.  The rim has some nicks and bruises, but Jon and I agreed that the patina was part of the pipes charm.  The rest of the briar was stained with grime from use.  Again, the 8000 grit micromesh paper revealed some interesting grain.  That also removed some of the scratch marks seen in the earlier photo.  I then buffed the pipe lightly with white diamond rouge and several coats of carnuba wax.

The stem had some mild oxidation but was in pretty good shape.  I soaked the stem in a mild Oxy-Clean solution and started using 800 grit wet paper.  This was followed by 1500 and 2000 grit paper.  Next the 8000 and 12000 grade micromesh sheets were used.  The stem was then buffed on the pipe with White Diamond and Meguiars Plastic Polish. 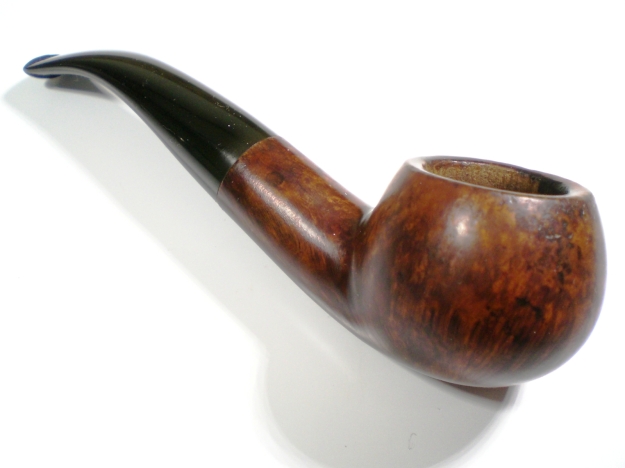 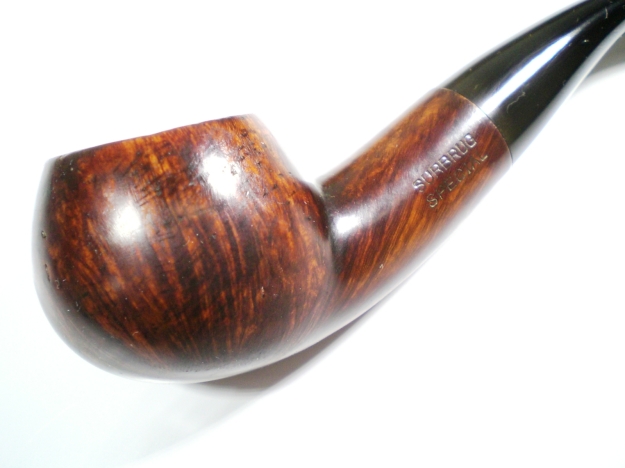